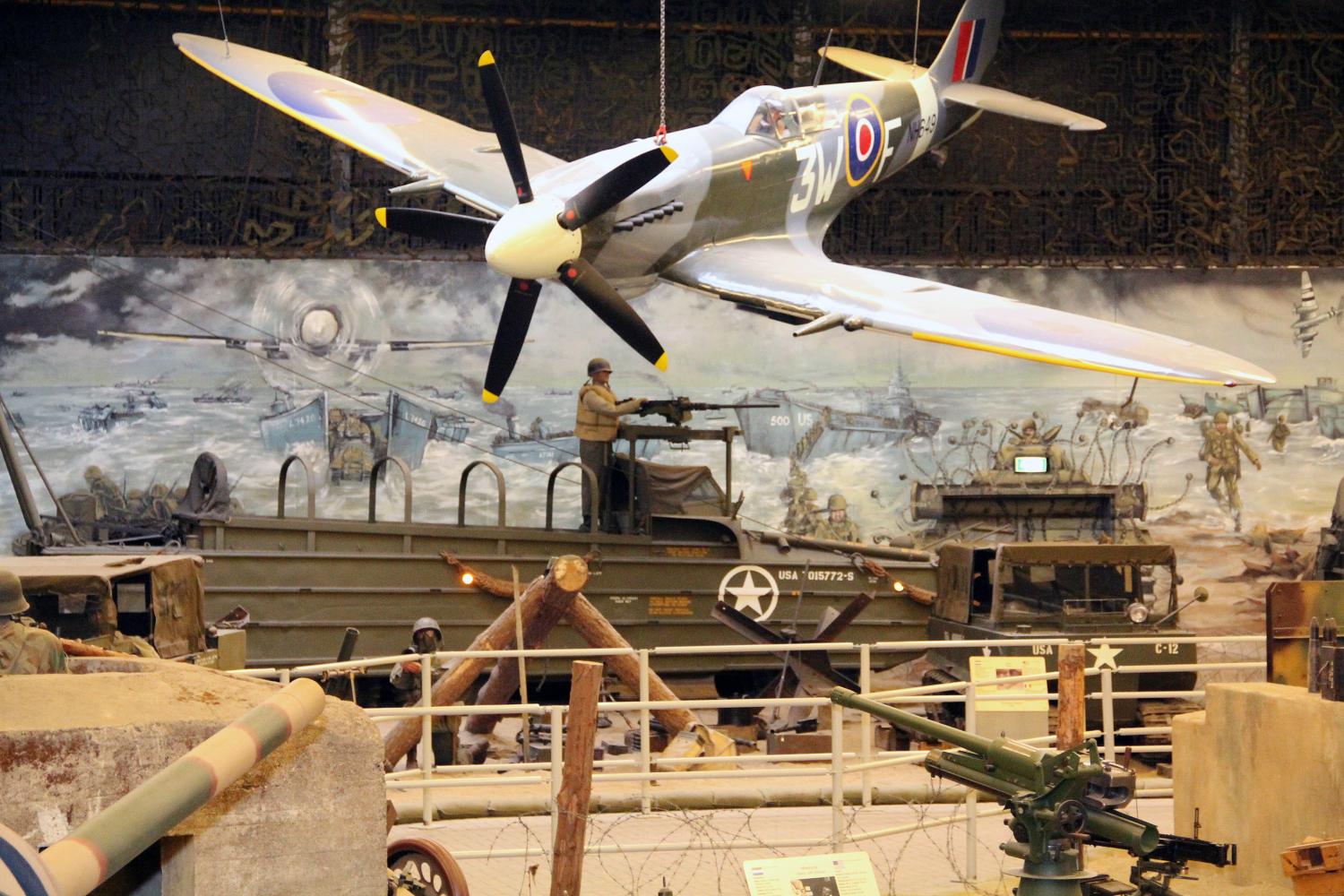 Once you are picked up at your local meeting point, it’s a 85 minute drive from Amsterdam to your first destination. Which will be: the Castle of Heeswijk. Brabant’s most beautiful castle is almost a thousand years old. The rich history of this powerful monument can be experienced in and around the castle. Heeswijk Castle occupies a prominent position in the Aa valley near Den Bosch, at the stunning heart of the Heeswijk Estate.

On September 17th, 1944, Lt. Col. Francis Sampson (chaplain of the 101st US Airborne Division) landed (together with his soldiers) in the vicinity of Castle Heeswijk because of a miss-drop. The miss-drop was probably the result of a assigned pathfinder plane being shot down half an hour earlier. A memorial has been placed in memory of this event. The area was only finally liberated in late October 1944.

After your visit at the Castle of Heeswijk, you will go through the area where the Operation Market Garden took place and you will cover a part up and down Hell’s Highway. We’ll drive the road where the 101st Airborne Division had vanquished strategic bridges; (bridges at Son, Best, Sint-Oedenrode, Eindhoven, Eerde and Veghel). It was their objective to keep the roads between the bridges open. In this area, you will also pass by the windmill of Eerde. Did you know that this mill stood in a heavy fighting raged area? The windmill and village changed hands for at least 6 times and eventually got knocked out by artillery fire. It was destroyed on the 24th of September in 1944 during: ‘the battle of the sand dunes’).

The next stop will be restaurant the Boshuys where you will have a lunch.

You can decide whether or not you will like to visit the Wings of Liberation museum. Keep in mind this museum is not included within the price!

After you had a delightful lunch and/or you went to visit the Wings of Liberation museum, we will continue the tour by driving to the War museum of Overloon. The motto of this museum is: War belongs in the museum. Here you can find the history of WWII. In this museum, you can find multiple subjects being represented: How 5 million people lost their lives but also how the people oppressed people resourcefully and of course there is attention paid to the liberation. Also, if you’re interested; you can find a large military hall with 150 vehicles, boats and planes!

The last stop this tour is the Bridge Too Far in Arnhem. To make Operation Market Garden successful, the Allied forces had to claim the bridge in Arnhem. Here is the place where the British (1st British Airborne Division) fought against the German (SS-Panzer Division), however; after a long and desperate fight with many casualties, the bridge in Arnhem proved that this was really a ‘bridge too far’.

At the end of the day, you will be driven back to Amsterdam.