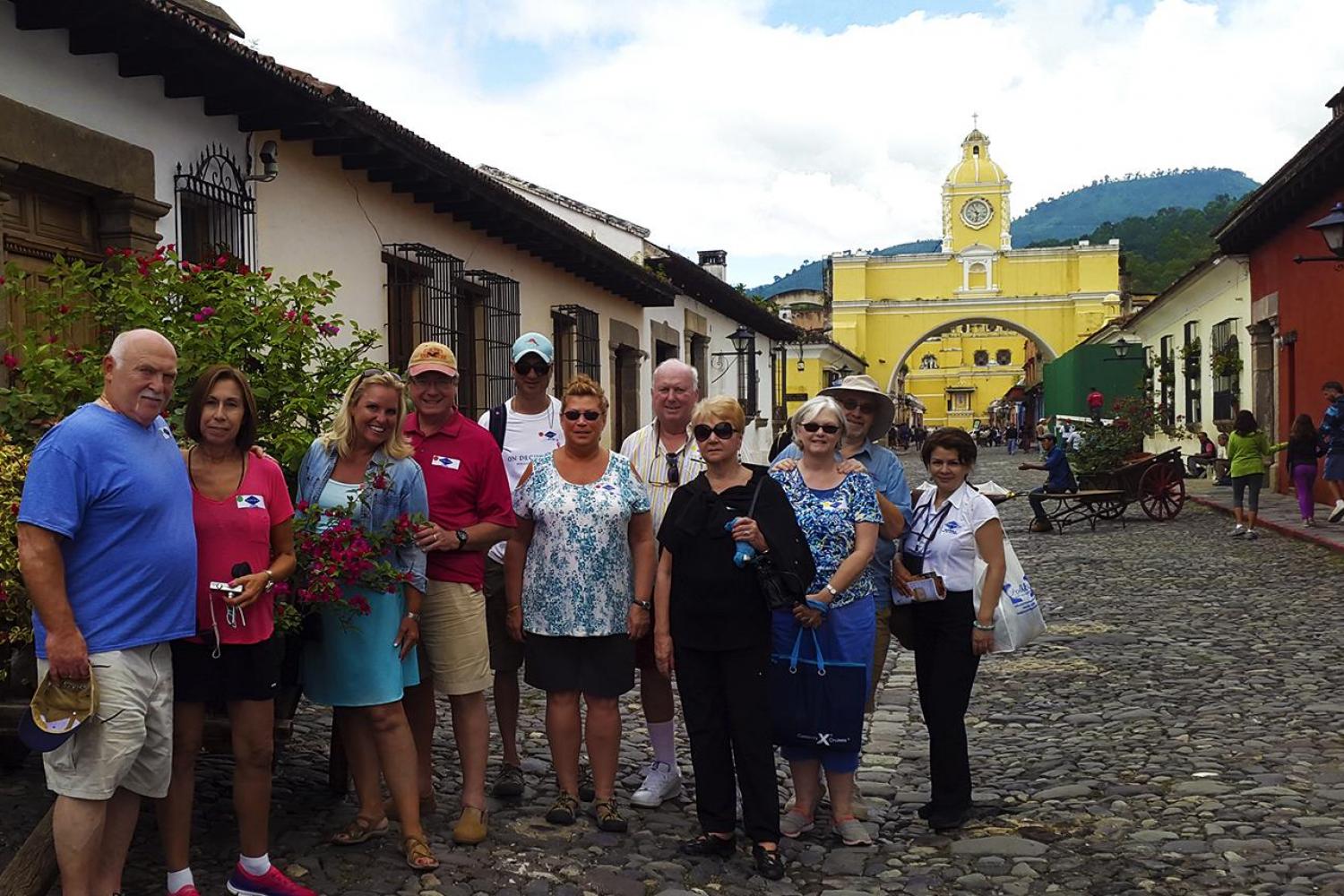 Antigua Full day tour to explore, enjoy and learn about its history during colonial times

Visit Antigua, Guatemala, a town where time stands still. Once the third largest city in all of Spanish Colonial America and for 200 years the capital of Guatemala, it is today a peaceful, beautiful and partially restored colonial city. Cobblestone streets wind through the city of majestic churches and monasteries.

You will be picked up at your hotel in Antigua Guatemala. will begin our 3 hours soft walking tour of Antigua. You’ll visit Central Park, Cathedral of San Jose, Arch of Santa Catalina and La Merced Church.

Central Park is located at the heart of the city, surrounded by the traditional grid pattern frequently utilized in Spanish urban planning in the colonies. The park is surrounded by the Palace of the Captain Generals, City Hall, the church of San José (formerly the Cathedral of Guatemala), the Archbishop’s Palace and the Portal of Commerce (or the Bakers’ Portal). Here, visitors will also find the Mermaid’s Fountain. The Count of Gomera (Gomera is the word for a rubber plantation) built the fountain in remembrance of a popular legend, which tells the story of a King whose daughters gave birth but did not want to nurse their children. Learn about this famous story as you immerse yourself in the colonial history of the city.


At the midle of the day, have time to take lunch (not included)

Next we continue to visit the villages just outside of Antigua Guatemala. We will visit San Antonio Aguas Calientes, San Miguel Dueñas where you visit a macadamia plantation, and Ciudad Vieja.

San Antonio Aguas Calientes, This town is known for its weavers. Mayan women in the area use a backstrap loom to weave traditional patterns. There is a two story market on the square that sells weavings and other crafts. Several of the women have their looms set up and will demonstrate their skills.

Macadamia Plantation, find out all about the history of macadamia trees and how they are cultivated and processed.

Ciudad Vieja was the second site of Santiago de los Caballeros de Guatemala, the colonial capital of the country. San Miguel Escobar is the modern name for the district that contains the ruins of the second colonial capital of the Guatemala region. The Spaniards founded their capital here in 1527, after their previous capital at Tecpán Guatemala became untenable. The city was destroyed by a catastrophic lahar from Volcan de Agua in 1541, and the survivors had no choice but to abandon the site

NOTE:
Sometimes the order of the itinerary may change.