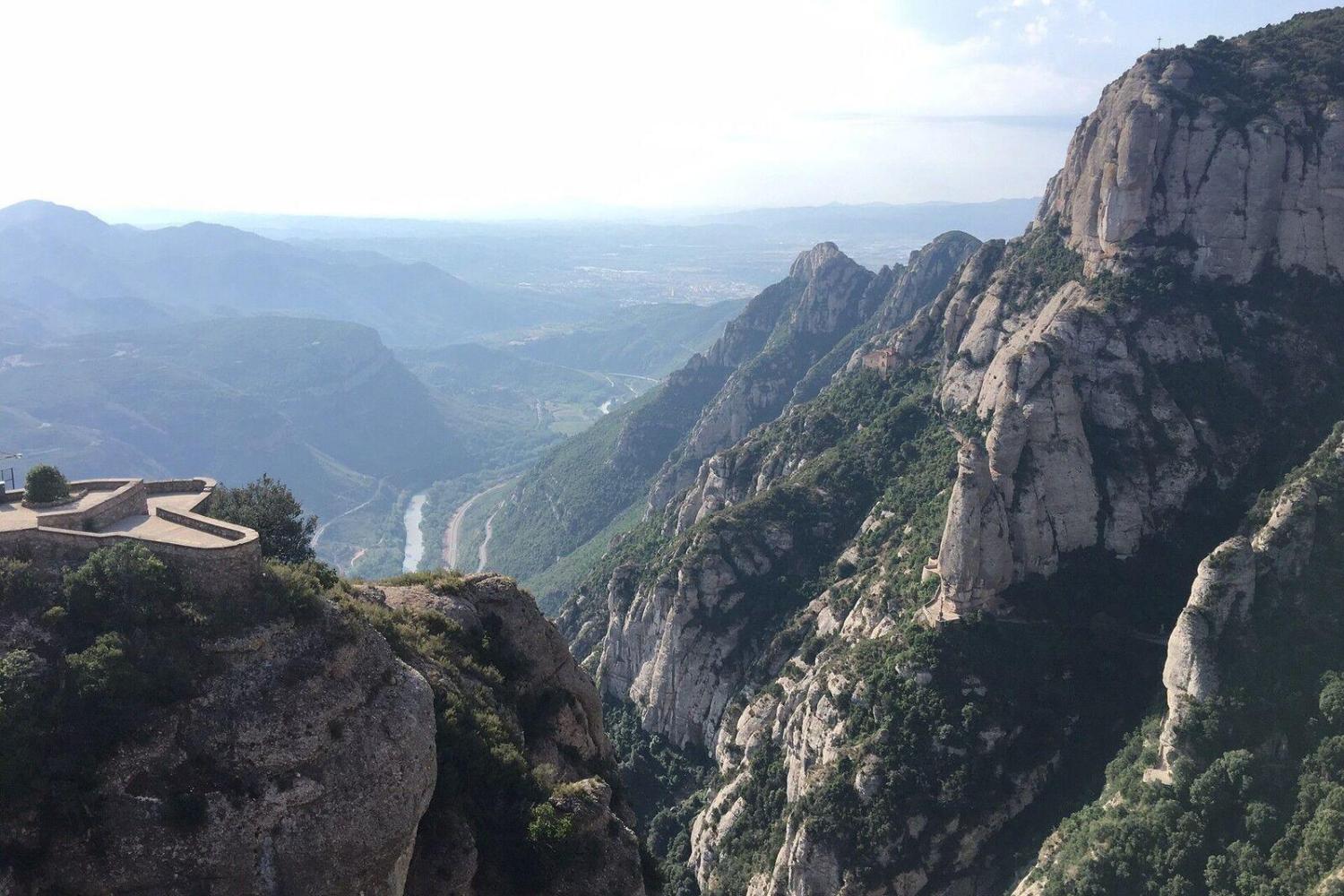 Start this tour seeing the city of Barcelona, Casa Batlló and more before visiting Montserrat Mountain and taking a ride on a cog-wheel train

In Barcelona, history and traditions go hand in hand with emerging fashion and new trends in cuisine, culture and art. Barcelona offers the possibility to enjoy the sea as well as the mountains. Julia Travel proposes an itinerary that will allow you to enjoy the most emblematic sights the city has to offer.

We will start with a sightseeing tour from the bus that will take you up the elegant Passeig de Gràcia, where you will see the most famous Gaudi houses, casa Batlló and La casa Mila (La Pedrera) as well as other majestic buildings of the Modernism era.

We will take you to the sea where you will be able to admire the intense changes the city underwent with the organisation of the Olympic Games in 1992. You will drive by the Arc of the Trionf, Ciudadela Park, the Olympic Village, the Olympic Port, the beach and the fisherman’s quarter, called Barceloneta, the Port Vell, Plaza (square) de Colon with its famous Columbus monument, indicating which way he sailed to discover the Americas. This point is also the beginning of the famous Ramblas of Barcelona. We will continue the visit driving up Montjuïc where we will make a short stop in Olympic Stadium Lluis Companys. We will continue driving up till Montjuïc Castle where you will enjoy a cable car ride with precious views of the city. The bus will pick you up at the last station and we will continue our Montjuïc visit passing by the sports facilities built for the 1992 Olympic Games: the Lluis Companys stadium, the Palau Sant Jordi, the Olympic swimming pool Picornell until we get to the Spanish Village. We will visit this charming place where you will admire a collection of traditional buildings from all over Spain, and a demonstration of a selection of the handcrafts made in this country.

After the visit of the Spanish village, we will leave the Montjuïc behind and go back down to the city center. During the drive back to the city center you will be able to admire the Venetian Towers, the Montjuïc fountains, the MNAC and the CC, “Las Arenas” rebuilt over the ancient “Plaza de Toros” (bullrings).
We will arrive at the Plaza de Catalunya, the starting point of the guided walking tour of the old city center. Our guide will take you to the Ramblas, Cathedral Square, threw the narrow street of the Gothic quarter and to plaza Sant Jaume where the City hall is located and the headquarters of the Catalan government. Our tour finishes at the Plaza de Catalunya, in front of the Hard Rock Café, in the city center at a 10 minutes walking distance from our office.

The second part of this tour:

A comfortable Bus will take you to the mountain of Montserrat which rises majestically to 4,051 feet (1,236 meter).
The rocks of Montserrat were formed by natural cement of sand during the centuries. The wind and rain shaped the mountain with strange and varied forms. The popular imagination has seen human or animal shape in some of these peaks, giving those names and inventing legends to explain their fantastic origins. This trip to Montserrat will give you the opportunity to enjoy the wonderful and breathtaking views of the Montserrat Mountain, one of nature’s special creations.
You will go up to Montserrat with the Cog – Wheel Train, which leaves you in the middle of the Monastery. It is a 15-minute trip with a privileged and spectacular view of the mountain. The train has panoramic windows which make the actual journey an interesting attraction. The train is air-conditioned and they are completely wheelchair-friendly.
You will visit the Royal Basilica of Montserrat, which holds the famous 12th century Romanesque carving of Verge Moreneta (the Black Madonna). You will be able to see this famous statue of the Black Madonna from a distance. The Benedict sanctuary of Montserrat has been founded in 1025 and provides a mystical backdrop for the Virgin of Montserrat, the patron saint of Catalonia who is enshrined in the monastery's Royal Basilica. The little monastery soon began to receive pilgrims and visitors who contributed to the spread of stories of miracles and wonders performed by the Virgin. Today, Montserrat has been modernized to continue attending to the needs to pilgrims, one thousand years after it was originally founded.

You will be given free time to visit audiovisual exhibition about the history and creation of Montserrat and taste typical liquors of Montserrat, handmade by the monks of the monastery (both activities are included).

Great trip and would do it again
Read More Reviews