Multi-Day Tour Sale! Take 10-20% off Multi-Day Tours All Over the World! See tours on sale
Close Search in Top Menu
Discover all destinations 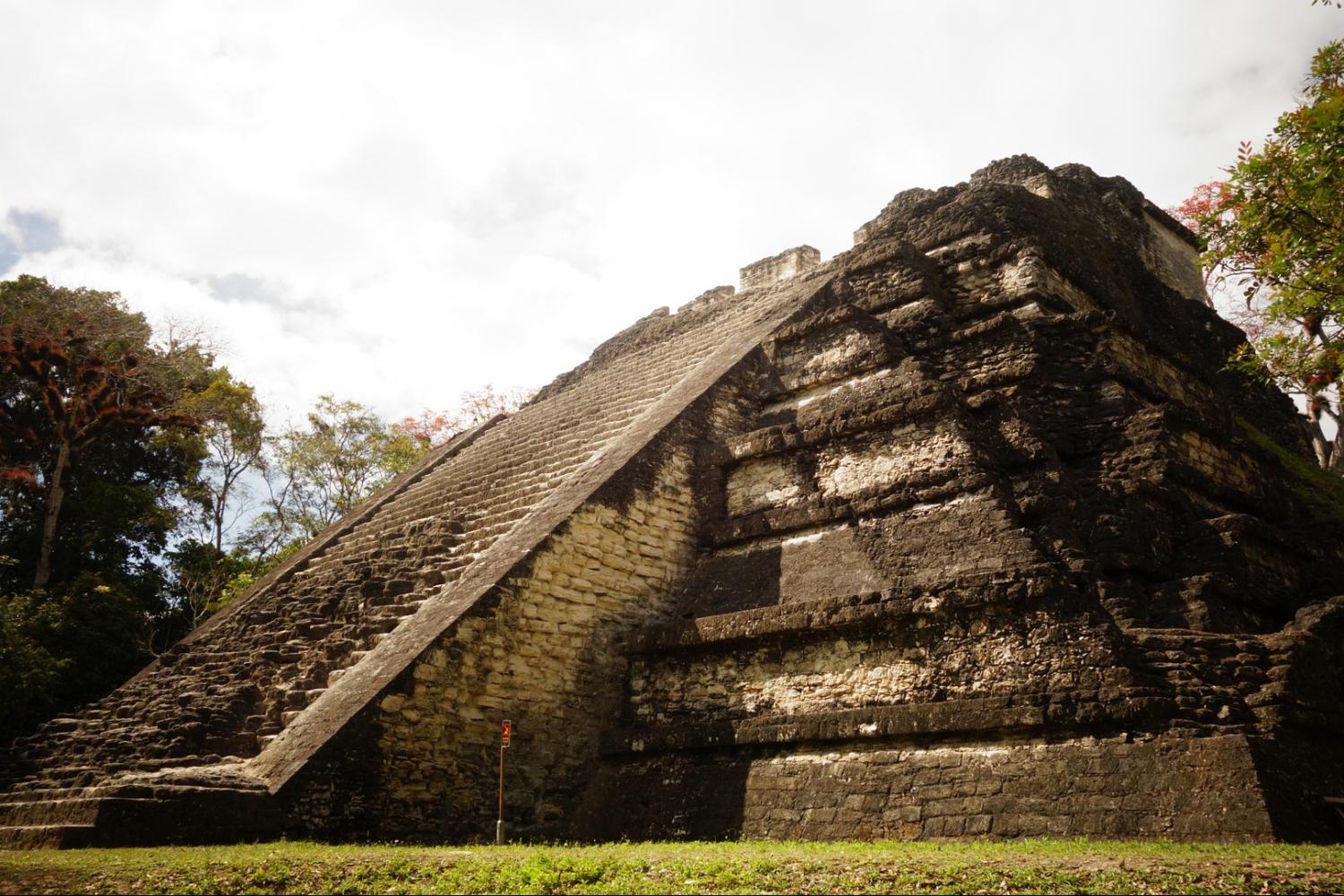 • Please contact us if you need a guide in any other language. French, German and Italian in private services, subject to additional costs and guide availability. • For groups of 10 persons or more, please contact Gray Line Guatemala. [email protected]
From US$490
Book Now

El Mirador is a late Mayan preclassic city located in the Mirador basin, is located in the Maya Biosphere Reserve.
The Mirador is located on the shores of the "La Jarrilla" basin and this was very important for the development of the place since the first inhabitants populated it as it was used as a source of rainwater and drainage. The bass "La Jarrilla" was also a source for the extraction of clays to build their structures and to elaborate their pottery.
You will have to be at the Mundo Maya Airport at 7:00 Am to start the adventure by helicopter to El mirador, our flight will take about 30 minutes.
At our arrival to the Archaeological site we will start our walking here a brief summary what to expect in our way.
Monos Complex, during the period of the Monos ceramic complex, the city of Nakbé was fully developed, with the earliest occupation by 800 BC. By that time there already existed a differentiation of social status evident in fine ceramics recovered in certain sectors, inlays in teeth and import of exotic products such as shell.
The most outstanding aspect of the material culture developed during this period is the architecture whose characteristics are voluminous or monumental buildings, numerous groups of triadic pattern, residential structures surrounding squares, ceremonial platforms, the use of stucco to cover the buildings, the masks attached to the facades of the buildings and construction of roads that connect groups and sites with each other and that indicate the unification of a vast territory.
The Frieze of the Popol Vuh, In 2009, under the ruins of a causeway, a piece of 4 x 3m was placed in the year 300 a. C.
The limestone and stucco images show the twin heroes of the Mayan creation: Hunahpú and Ixbalanqué submerged in the underworld, in search of the decapitated head of their father, a fact narrated in the Mayan sacred book Popol Vuh

Garra Jaguar temple, was built around 150 a.C., on the west wall you can see the high quality of materials and building systems developed more than 2000 years ago. A substructure built around 400 a.C. It was also decorated with masks and red, cream and black stucco panels.

The masks of this building show the metamorphosis of a jaguar-solar deity throughout its movement from East to West. The outgoing figurehead has half of its skeletal face and the other half corporeal. It has been suggested that the panels represent a ruler or the royal lineage. The earmuffs are shaped like a "jaguar claw" with fire symbols. It is believed that this building is a dedicatory monument or the tomb of a member of the ruling lineage.

The Complex of La Danta is one of the most representative works of architecture of the Preclassic Mayan world due to its stylistic and artistic majesty, its antiquity, and the dimensions that it reached and that surely required millions of man-days of work, in addition to industrial raw materials, for walls, floors, construction fillings, pigmentations.

At the end of our walking and adventure into the jungle we will return to Flores.