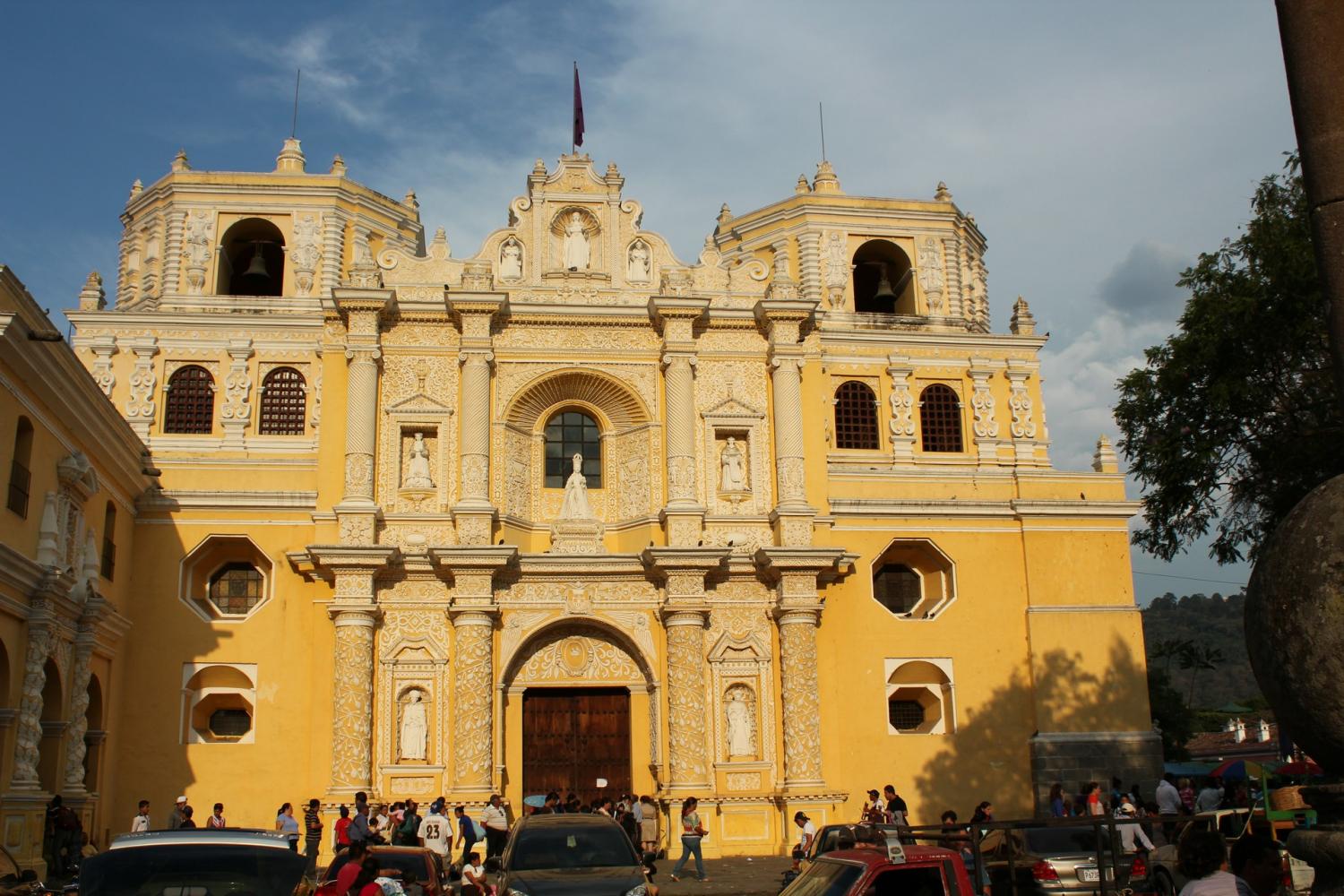 Antigua Guatemala, once the third largest city in all of Spanish Colonial America and for 200 years the capital of Guatemala, it is today a peaceful, beautiful and partially restored colonial city. Cobblestone streets wind through the city of majestic churches and monasteries.

You will be picked up at your hotel in Guatemala City and transfer to Antigua Guatemala to meet our local guide to begin your soft walking of approximately 3 hours below a brief summary of what to expect on your way.

La Merced Church of Guatemalan Ultrabaroque style, this temple has two bell towers. On the facade of the church, in its upper part is a sculpture of San Pedro Nolasco, founder of the Mercedarian Order.

Santa Catalina Arch, built to connect the nuns between cloisters to avoid being seen due to the votes that the religious who belonged to that Order took, After the earthquakes of 1773, the arch became important due to the arrangements that were made. These arrangements included the construction of a turret and the inclusion of a Lamy Amp Lacroix watch of French origin.

Central Park surrounded by the traditional grid pattern used frequently in urban planning in the Spanish colonies. The park is surrounded by the Palace of the General Captains, the Town Hall, the Cathedral of San Jose and the Trade Portal.

Here in the park, we will also find the Las Sirenas fountain. This fountain has a traditional oral where the Count of La Gomera ordered to build the fountain in memory of his daughters, who in giving birth did not want to breastfeed their children for what the count ordered To tie his daughters to a trunk in the center of a waterhole, where they died of thirst and hunger.

Continue our way we will visit the La Unión tank, which is one of the most representative laundries in this city, only the big houses had a place where they could be washed. For this reason, most of the inhabitants - housewives - went to public laundries. This was inaugurated on February 3, 1853.

Time for Lunch (Not Included)

We will continue visiting the surrounding villages, San Antonio Aguas Calientes town that is characterized by its elaborate weavings made in waist looms by women of the community in our visit to the market we can see how they make these textiles, continue visiting the town of San Miguel Dueñas and Ciudad Vieja to learn about its history.
To end our tour we will visit a Macadamia farm where we will learn about the cultivation of macadamia nuts, their agroindustrial process and the reforestation project and relax with a facial massage with macadamia oil.

At the end of the tour you’ll be transferred back to your hotel in Guatemala City.

Adolfo is a fabulous tour guide. He's very conscientious and provides relevant information. He knows the city very well and is flexible and accommodating. We had a great experience!
a Gray Line customer