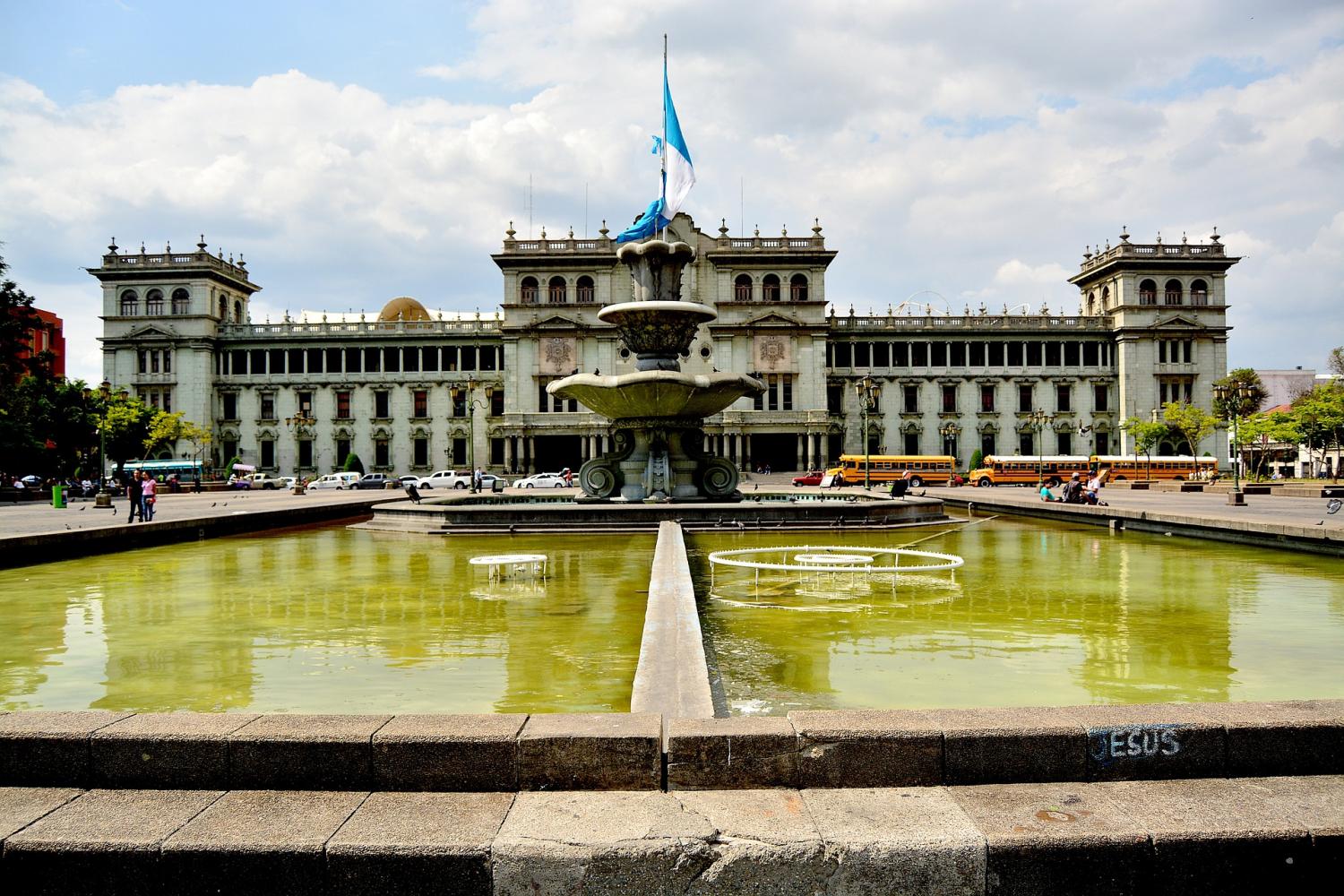 Visit one of the most modern cities in Central America and see landmarks like Avenue of the Americas, Central Market, and the Metropolitan Cathedral

La Nueva Guatemala de la Asunción is the official name of the city, it´s also the cultural, religious and business center of the country. On this day we will appreciate a panoramic contrast between the eclectic architecture combined with modern buildings, important museums and historical monuments.

You will be pick up in your hotel (selected hotels) in Guatemala City by our tour guide to start our sightseeing through the city, below a brief summary of what to expect on your way.

First we will visit Las Americas avenue that is a road in its central garden has several Plazas and monuments in honor of the countries of the American continent.

Continue to Berlin Plaza panoramic view of part of the city and the landscape of the Pacaya volcano.

La Reforma It was built inspired by the avenues of France for this reason various statues carved in stone, bronze and marble were brought from Italy.

Yurrita Church It is a private chapel of mixed Baroque style, with Romanesque and Byzantine elements. The church was built as a votive offering by Felipe Yurrita, a native of Arevalo, Castilla, Spain, to the Virgin of Our Lady of Sorrows, patron of that town, for favors received, in particular to have saved her life during the eruption of the volcano Santa Maria.

The Civic Center of the City, we will see a set of buildings constructed between the 50’s and 60’s: The Supreme Court of Justice, the Ministry of Public Finance, City Hall, the Social Security, the Bank of Guatemala, the National Mortgage Bank, and the Guatemalan Tourism Commission.

The Paseo de la Sexta Avenida, was born due to the transfer of the city after the earthquakes of Santa Marta in 1773.The Sixth Avenue was one of the most important streets in the city, where the best fashion stores were found of the city, the most prestigious commercials as well as the first movie theaters.
The Lux Theater was one of the most important and emblematic stages in Guatemala between the years 1935 and 1960.The Theater was converted into a cinema in the 1980s due to the decline in interest in the theater. More recently, it was transformed into the new headquarters of the Cultural Center of Spain after an architectural remodel.

The site of Hotel Pan American was originally called the Pension Amado, which was built in 1914 and demolished by earthquakes in 1917 and 1918.Was renamed Hotel Pan American to honor the Pan Am Airlines crews who often stayed at the hotel. By the early 1980s, Hotel Pan American was the downtown meeting place. It was where presidents had lunch and diplomats, government officials and foreign visitors gathered to discuss matters of national interest.

The Rubio Passage, also called "El Portalito", is one of the best known places in Zone 1, Part of its structure is inspired by the commercial passages of Italy, from the 17th century.

Arrive at the Major Plaza of the Constitution. This Plaza is the heart of the Historic Center of the city. It is surrounded by important monuments such as the National, the Metropolitan Cathedral, the Portal of Commerce and Centenarian Park. Finally, we will visit the Central Market, which is located behind the Metropolitan Cathedral, in the basement of the Tabernacle Plaza. It is divided by different sectors of products, where you will find from spices to beautiful memories of jade made in Guatemala.

At the end of our sightseeing though the city you will be transfer back to your hotel.

Guide was very knowledgeable and eventhough we have taken this tour before, we still learned things we did not know.
a Gray Line customer

The tour was overall good. It was short and sweet. Bring some local currency for the markets. I would have liked more time walking outside the van. The 1.5 hours of the tourist are spent in the van.
Dustin Looper

Juan Pablo knew literally everything about the city and made our experience amazing! We learned so much and had so much fun with him and Mynor! We will definitely recommend those two for anyone who wants to see Guatemala City safely and get the most out of it!
a Gray Line customer

Great tour guide. Great driver. Clean comfortable modern vehicle. Given good overview of entire city, its history and landmarks. If I go back I would definitely book either a full day tour, different more specific city tours to go in depth at some of the historic, government and other landmarks. In the end though it's the guide who makes the experience special and our guide did just that.
a Gray Line customer

Pretty good and easy to use.
Read More Reviews