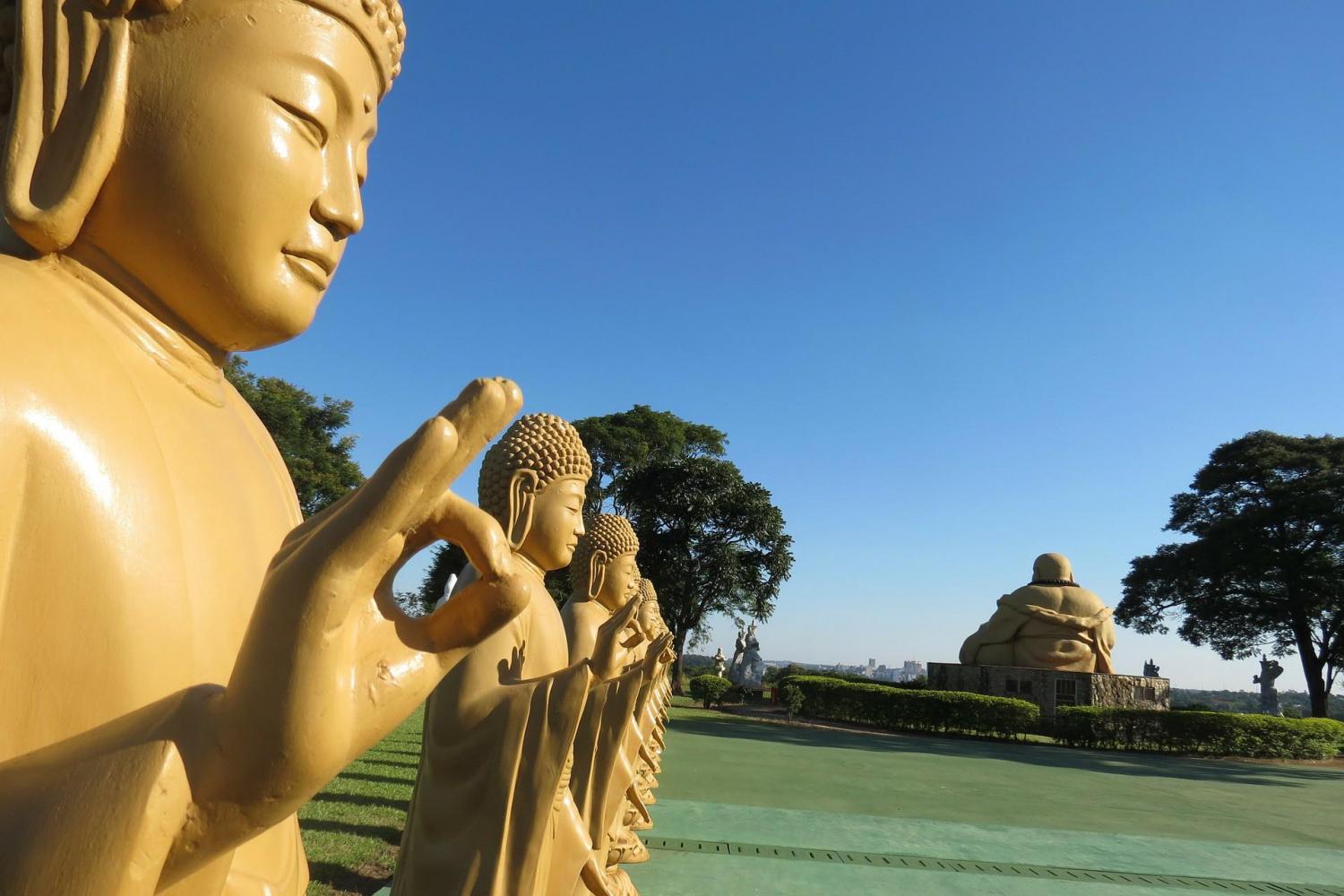 Enjoy a city tour with a visit to the Buddhist Temple, the Muslim Mosque and Ecomuseum. Meet the World Wonders, Wax Museum and Dinosaur Park

Foz do Iguaçu is a city with a lot of history. We will pass by Downtown of Foz do Iguaçu and its historical buildings such as the first airport, mother church, first college, gastronomic avenue, shopping center among others with stops in the Muslim Mosque, Buddhist Temple and Ecomuseum of Itaipu.

You’ll go to the majestic Omar Ibn Al-Khatab Mosque built in 1983. It is no wonder a Mosque was built in Iguassu Falls, since it is proportionally the biggest Islamic community in the country. But it seems that the city’s religious variety doesn’t end there: we finish at the Buddhist Temple of Foz do Iguaçu and learn about the history of Buddhism and its teachings. There you can catch views from the distant city centers of Ciudad del Este and Foz do Iguaçu.

You will also visit very interesting places such as:

The Ecomuseum: a great option to know the history of Itaipu. Scenarios faithful to the past, electronic totems and a giant model are part of this cultural space. The circuit is divided into modules that depict since the occupation of the plant's area on the Brazilian side to conservation projects conducted by the binational. Among the surprises visitors can enjoy thematic areas of water and energy, as well as a replica of the axis of a turbine at work - you can hear the characteristic sounds of the heart of the plant. The place also has an impressive panel created in homage to the thousands of workers who helped build the dam. There are 4,500 photos of the workers in the 3x4 format.

Wax Museum - More than 90 personalities in full size. Among them: Elvis Presley, Tom Cruise, Amy Winehouse, Mister Bean, Frank Sinatra, Will Smith, Michael Jackson, Santos Dumont, Albert Einstein, Francis Pope, Pope John Paul II, and many others. All of them produced in London. In addition to the figures, the museum also highlights the decoration of environments. The attractive is part of the acclaimed Dreamland entertainment complex located in various tourist complexes in the country.

Dinosaur Park - The Dinosaur Park is a tourist attraction in the city that takes visitors for a walk outdoors, with 20 animatronic dinosaurs that have movements and sounds. A fun and educational tour showing life-size robotic simulations of various species of dinosaurs that lived millions of years ago, with the emphasis on a T-Rex with about 12 meters high.