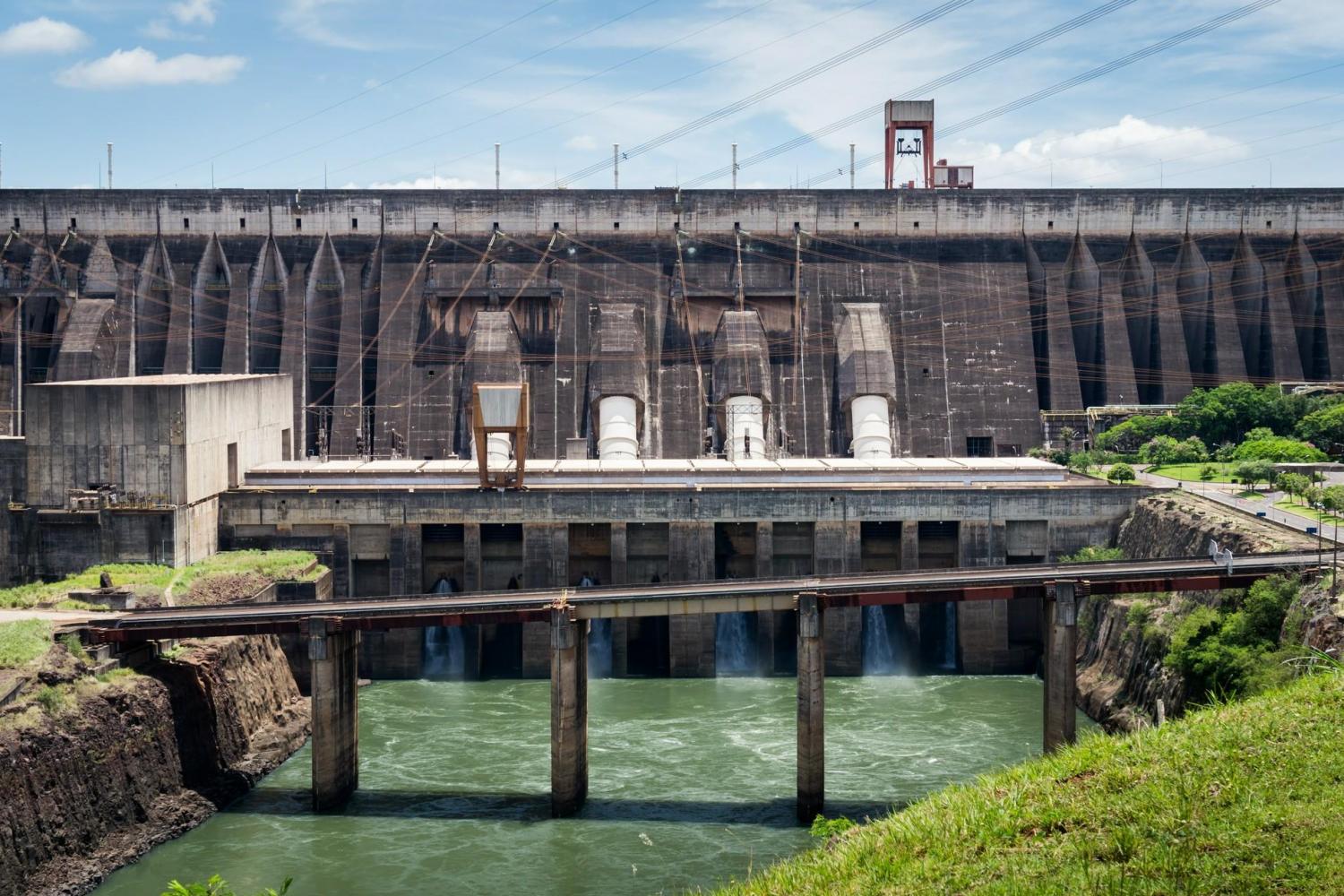 During the 1970's and the 1980's, while it was under construction, the Itaipu Hydroelectric Dam was regarded as a pharaonic work, fruit of the megalomaniac commanders ruling Brazil in those years. Today, after three decades, the perspective is quite different.

Responsible for the production of 95% of the electricity consumed in Paraguay, and for 24% of the whole Brazilian consumption, this binational enterprise –built by workers, technical operators and engineers from Brazil and Paraguay – proves day after day its magnitude in the national and the international scene.

The first generator unit started to operate in 1984, and since then the power plant has successively broken production and revenue records.

Besides the production of energy, Itaipu also stands as a symbol of environment preservation. The company runs the Biological Haven Bela Vista, continuous reforestation programs and projects that foster fish production as well as wild animal reproduction.

There is also an Eco-museum that tells the story of the construction and maintenance of this unrivaled work.

On this tour you will do the Panoramic Tour. As the ticket is not included, you will pay for it on the spot.:

The grandeur of a plant built between two countries, when revealed in numbers, is surprising: the Itaipu dam is 7,919 meters long and 196 meters high. But when viewed from close up and from various angles in a tour around the Itaipu Panoramic, it impresses even more and guarantees a unique and striking experience. In addition to the privileged view of the spillway at the top of the dam, the path still allows contact with nature and beautiful landscapes within the Itaipu Tourist Complex.