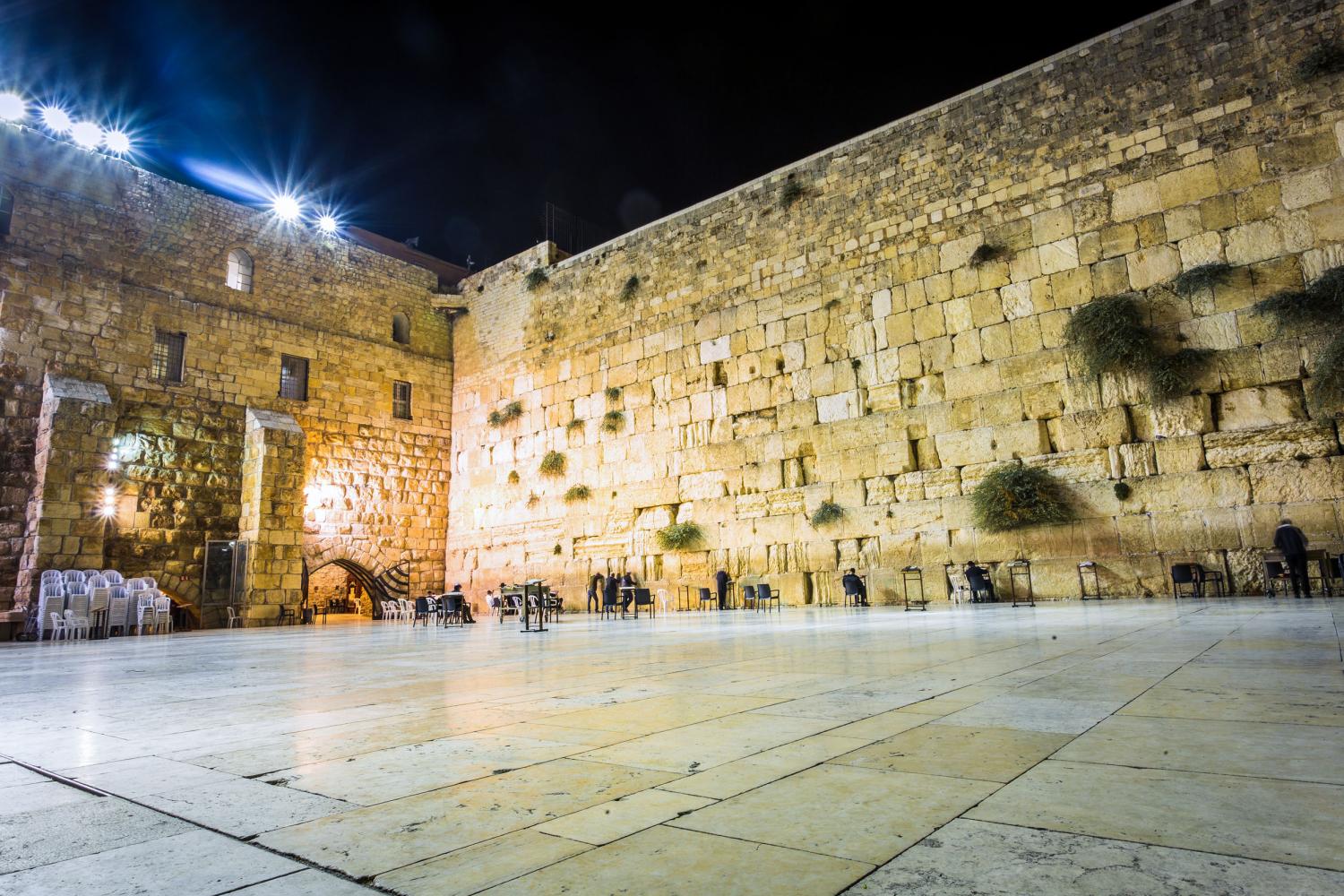 Great for singles, couples and families who seek the perfect holiday vacation and still create a link to their roots

Designed to bring together the vision of the Israeli State founders, the tour is great for singles, couples and families who seek the perfect holiday vacation and still create a link to their roots. An excellent opportunity for second-time visitors to experience different highlights, and ideal for people who do not like to rush from one site to the other.

Designed to bring together the vision of the Israeli State founders, the Past to the Future – The Story of the Israeli State tour is not the usual archaeological, historical and landscape tour of Israel.
Great for singles, couples and families who seek the perfect holiday vacation and still create a link to their roots, it is also an excellent opportunity for second-time visitors to experience many different highlights, and ideal for people who do not like to rush from one site to the other.
Become more aware of a rich Jewish heritage, visiting sites that played a role in the establishment of the State of Israel from biblical to modern times, accompanied by a tour guide with a deep-rooted connection to the land who is not only a personal companion, but also has in-depth knowledge about history, politics, religion, culture and much more, which will bring biblical, historical and current events to life.
Visit the bustling metropolis of Tel Aviv including the famous Carmel Market, Jaffa, and Neve Tzedek, the first Jewish neighbourhood built outside the walls of the ancient port.
Along the Mediterranean coastline walk through the Caesarea and the Detainee Camp at Atlit as well as Israel’s major port of Haifa.
In the Galilee visit Tiberias, Tzfat, Rosh Pina and the Hula Valley, while enjoying the pastoral scenery of a Golan Heights kibbutz and and winery.
Step back in time while sightseeing Jerusalem's Old and New City, including the local Mahane Yehuda market, bazaars and the City of David, where Jerusalem began.
Other highlights while touring include adventure options of biking, hiking, kayaking, lantern tours and a Kabalat Shabbat service at the Western Wall.
Day 1 – Thursday, Arrival
Our representative will meet you after passport control upon your arrival to Ben Gurion Airport, assisting as you pick up your luggage and head out for the transfer to your hotel.
Check in at the hotel in Tel Aviv.
Overnight: Tel Aviv

Day 2 – Friday, Tel Aviv tour
Our first day of touring will begin immediately after breakfast. An interesting walking tour of Tel Aviv and Jaffa is ahead of us. We will start on Rothschild Boulevard, where we will see Tel Aviv's beautiful Bauhaus style architecture, recognized as a UNESCO World Heritage Site. Amongst the buildings will be the newly renovated Independence Hall, the site commemorating the declaration of the founding of the state of Israel on the 14th of May 1948. We will continue on to Neve Tzedek – Tel Aviv’s very first neighborhood. The next stop will be Jaffa, the world’s oldest port city, for a view of the old city and its well known artist’s colony.
To end our day, you will enjoy free time at one of Tel Aviv’s busiest areas on Friday afternoons – the Nahalat Binyamin Crafts Fair and Carmel Outdoor Market - for great sounds, smells and of course, great shopping!
Overnight: Tel Aviv

Day 4 – Sunday, Travel to the North
After breakfast, we check out of the hotel and drive to Rehovot. Our first stop will be at the Weizmann Institute which played a key role in the development of the state. We will enjoy the presentation of high technology and see the mansion house of Haim Weizmann, the first president of Israel. Visit Caesarea, built over 2000 years ago by King Herod the Great, which served as a key Mediterranean port for centuries. Hear about Caesarea's role in Jewish history, including its part in the Great Revolt of AD66. Continue along the Mediterranean coast to the Atlit Detainee Camp, telling the heroic story of the struggle of Jewish immigrants at the detention centre established by the authorities of the British Mandate in the 1930s.Onwards to Mount Carmel and into Haifa - Israel's major port city, with a stop at the Louis Promenade for a great view of the Haifa Bay and the beautiful Baha'i Gardens.
Overnight: Haifa

Day 5 – Monday, Tzfat and the Galilee
Check out after an Israeli breakfast in the hotel. Our journey will begin with a drive through the mountain ranges and valleys which extend from the west to the east of the Galilee region. Drive up to Safed (Tzfat), where we will walk through ancient sections of the city and hear stories of the Kabbalists and their ancient synagogues. Our Tzfat tour will end with a visit to its famous artists’ colony. Continue to Rosh Pina, originally founded in 1878 by a group of ultra-orthodox Jews intending to become farmers, with the support of Baron Edmund de Rothschild. Rosh Pina is one of Israel’s oldest colonies but today boasts a small town known for great restaurants, cafés and art galleries. In the afternoon, we will visit the beautiful Hula Valley, Israel’s first Nature Reserve, which has become one of the world's most important centers for bird watching and ornithology.
Overnight: Kibbutz hotel

Day 6 – Tuesday, Golan Heights
This touring day will give you an opportunity to enjoy the north of Israel in a unique and exciting way. We will start our day by driving up into the Golan Heights. Visit Tel Faher (Golani Lookout), a former Syrian outpost in the Golan which was the site of an intense battle during the Six-Day War. Continue to Mount Bental, a beautiful spot for a panoramic view of the Upper Galilee, the Golan Heights, Mount Hermon and Syria. Visit Golan Magic, an entertaining 3-D multi-media adventure viewed on a 180-degree screen. After the film, walk through a giant model of the Golan Heights, the largest of its kind in the world, accompanied by special narration, sound and light effects. We will then walk through The Golan Olive Oil Mill and Visitor Center, a uniquely-designed building with ancient ambience, as your guide explains the olive oil production process, including the evolution from antique tools to modern machinery. We will finish the touring day with a visit to the Golan Heights Winery for an Israeli wine-tasting tour and to get an up close and personal view of the wine production process.
The rest of the day is free to relax in the pastoral surroundings of the kibbutz!
Some afternoon options include: a biking or hiking tour, rappelling, kayaks.
Evening Option (Seasonal) - a lantern tour in either the Valley of the Lost River or Nimrod Fortress.
Overnight: Kibbutz hotel

Day 7 – Wednesday, Travel to Jerusalem
Check out from the hotel and depart for our touring day. Our first stop will be at the Tel Hai Museum. This memorial is dedicated to a dramatic battle in 1920 led by Joseph Trumpeldor, a hero known for his national loyalty. Then we will descend to the shores of Lake Kinneret (Sea of Galilee) for a short visit to Tiberias, a city which was a significant spiritual center during the Mishna and Talmudic periods. We will continue south along the Jordan Valley to visit the “Naharayim Experience at Gesher”. Nicknamed the “start-up” of last century, this unusual light and sound show is filled with models demonstrating the dam system, running water and a combination of sounds and colors. The demonstration shows how the desert transformed into a symbol of – and a vision for – Jewish immigration and industrial development in Israel. Our day will continue with a drive to Jerusalem through the Jordan Valley’s stunning landscape. We will stop at Mt. Scopus upon arrival in Jerusalem for a magnificent view of the city and a brief explanation about the capital’s past and future.
Overnight: Jerusalem

Day 8 – Thursday*, Old City of Jerusalem
After breakfast, we will start our tour through the Old City of Jerusalem. We’ll walk through one of this ancient walled city’s many gates to see the restored Jewish Quarter, the Western Wall (Ha Kotel), the colorful bazaars and the Cardo. Then, we will walk to the City of David for a virtual reality movie about King David’s historical city, and a “wet” walking tour of the ancient water system connecting Warren’s Shaft to the Shiloah tunnels (Hezekiah’s Tunnel). We will continue to the Archaeological Garden and the new Southern Wall excavations (Davidson Center) - the same steps once used by pilgrims entering the Holy Temple.

Day 9 – Friday, Jerusalem’s New City
Visit the graves of Israel’s former prime ministers, and soldiers who died in battle, at the Mount Herzl Military Cemetery. We will then continue to the museum at the Yad Vashem Holocaust Memorial, including the Valley of the Communities. We will pass by the Knesset - Israel's Parliament building, as well as the famous Menorah and the new home of Israel's Supreme Court.
We will visit the Israel Museum to see the Shrine of the Book with a display of Dead Sea Scrolls and visit the model of Jerusalem during the Second Temple period.
Then continue on for a neighborhood tour around the Mahane Yehuda Market to meet different local ethnic groups and taste some of their cultural foods.
Drive to the Western Wall to participate in meaningful Kabbalat Shabbat services as the Jewish Sabbath descends over Jerusalem.
Overnight: Jerusalem

Day 10 – Saturday, Free
Day at leisure in Jerusalem – or an optional tour to Masada and the Dead Sea.
Evening Option: Enjoy the breathtaking light and sound show at the Tower of David inside the Old City, combined with 3D slides projected onto the great wall. This show is highly recommended due to its unique way of depicting the different periods in Jerusalem’s long history. (Duration: Around one hour – subject to fee).
Overnight: Jerusalem

Day 11 – Sunday, Departure
Check out and transfer to Ben Gurion Airport for your departing flight.


Please note that the sequence of the tour and sites visited may be amended due to circumstances at the company’s or the guide’s discretion.