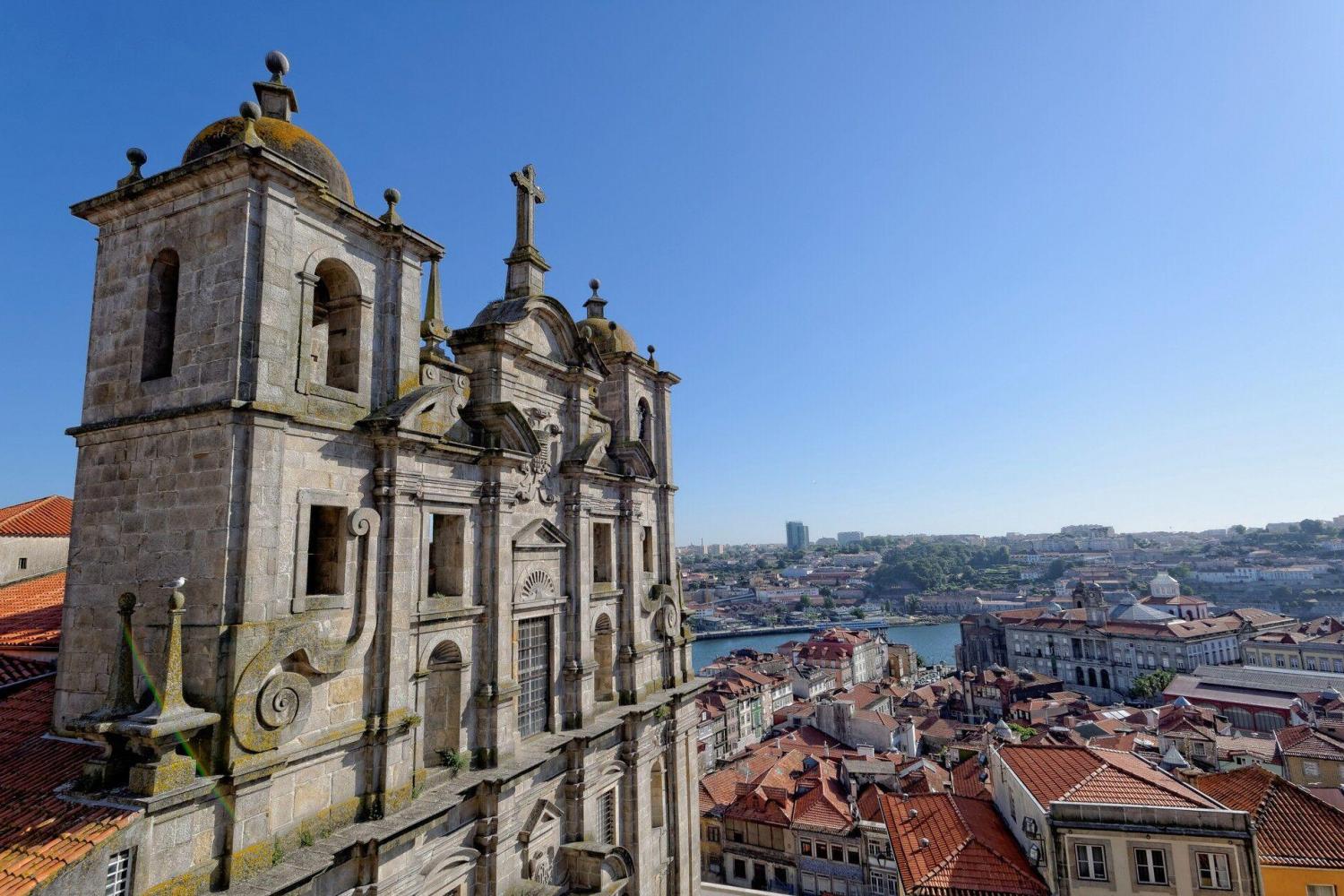 Day 1: Lisboa | Óbidos | Alcobaça | Nazaré | Batalha | FátimaBy a landscape rich in windmills and fruit trees we arrive to Óbidos, surrounded by medieval walls where we can admire the harmony of the architecture, the diversity of the handicrafts and taste the famous ‘ginginha’ (bitter cherry liqueur).Visit Alcobaça with the first and largest gothic church in Portugal with the tombs of D.Pedro and Inês de Castro, known by its love story. Stopping in Nazaré, a typical fishing village and seaside resort, with its traditions and legends. We continue to Batalha - visit the Monastery of Santa Maria de Victoria, a masterpiece of the gothic in Portugal where we can find the tomb of Henry the Navigator, promoter of the maritime discoveries. After we arrive to Fátima, the famous Marian Shrine. Possibility to assist the Candle procession. Fátima - Hotel accommodation.
Day 2: Fátima | Coimbra | Aveiro | Porto
Breakfast at the hotel. Departure towards Coimbra – visit of the University, one of the oldest in the world, with its magnificent baroque library and its unique atmosphere characterised by ancient traditions and customs such as the black cape of the students and the melancholic ‘fado’ music. Stop at St Clara Church, where lies the tomb of Queen St. Isabel, the protagonist of the “miracle of the roses”. In the centre you can admire the exclusive ceramic of Coimbra. In the afternoon we continue to Aveiro, city of the canals, known as the “Portuguese Venice”, where you shall have time to see the graceful boats “moliceiros” and taste the local sweets “ovos moles”.
Porto - Hotel accommodation
Day 3: Porto | Guimarães | Braga | PortoBreakfast at the hotel. Porto the 2nd city of Portugal and world heritage by UNESCO - a living amphitheatre inviting us to make a morning visit to discover the riverside area, old houses, palaces, churches that history has made eternal and Port wine, known worldwide. We continue to the Minho, the northwest region of Portugal that offers natural green sceneries and the sparkling “green wine”. Starting by Guimarães - the cradle of the nation, birthplace of the first king of Portugal, where, walking along the historic centre, for moments one is plunged back into medieval times. Visit the Sacred Hill, crowned by the Castle, as well the Palace of the Dukes of Bragança, which original building dates back to the 15th centuries. Drive to Braga known as the "Portuguese Rome" for its concentration of religious architecture, as the oldest Cathedral of the country, and the “Bom Jesus do Monte” Sanctuary with famous baroque stairway and gardens. Return to Porto
Porto — Hotel accommodation.
Day 4: Porto| Santiago de Compostela | Porto
Breakfast at the hotel before setting off for Santiago de Compostela, the capital of Galicia and the centre of pilgrimage at the end of the Santiago Way. In 1985, UNESCO declared Santiago de Compostela World Cultural Heritage and you have the entire day to freely discover this fascinating city. Wander its historical streets and learn about its most extraordinary monuments before sampling some of the traditional local dishes.
Porto — Hotel accommodation.
Day 5: Porto | Amarante | Vila Real | Vale do Douro | Lamego | Urgeiriça
Breakfast at the hotel. Departure to Amarante, a pretty town proud of São Gonçalo known for the promotion of love and marriage were the monastery facing the river houses his tomb and his lively bustling market where you can find fruit, vegetables, chickens, cloths, and an immense variety of other popular items. After, drive to Vila Real – visiting the gardens of the manor of Mateus, which façade is still depicted on the well-known Portuguese Rose wine bottles. Then we enter in the Port wine region, travelling through the vineyards and the breathtaking landscapes of the Douro Valley. Stop in Lamego, overlooked by one of Portugal's most important shrines “N. S. Remédios” with its magnificent baroque style staircase. Maybe you will try some of the local delicacies such as the local ham or the famous “Bola de Lamego” (a loaf baked in the oven with smoked ham). Continue to the mountainous hinterland to Viseu, center of the Dão Vineyards and a city connected with Portugal´s oldest hero, Viriato, the Lusitanian chief. In the shadow of the Cathedral, narrow streets and doorways with coats of arms carved in granite make up the ancient town of Viseu. Along the centre we find a busy commercial area. Arrival to Urgeiriça.
Urgeiriça — Hotel accommodation
Day 6: Urgeiriça| Bussaco | Tomar | LisboaBreakfast at the hotel. Drive through the heart of Portugal till Bussaco well known for the luxuriant forest, made up of a selection of rare trees and plants of exotic beauty, where was built a charming and romantic hotel, before a royal hunting lodge. We continue to Tomar. The development of the city is closely linked to the Order of the Templars, which received these lands in 1159 as a reward for the assistance they gave Dom Afonso Henriques (the First King of Portugal) in the Christian reconquers of the territory. It was Dom Gualdim Pais, the first Grand Master of the Order in Portugal, who founded the castle and the remarkable Convent of Christ inside. Enlarged and altered over the centuries, this retains the influences of various architectural styles; it is the centrepiece of the city and classified as a World Heritage site by UNESCO. We follow the journey till Lisbon. End of our services.