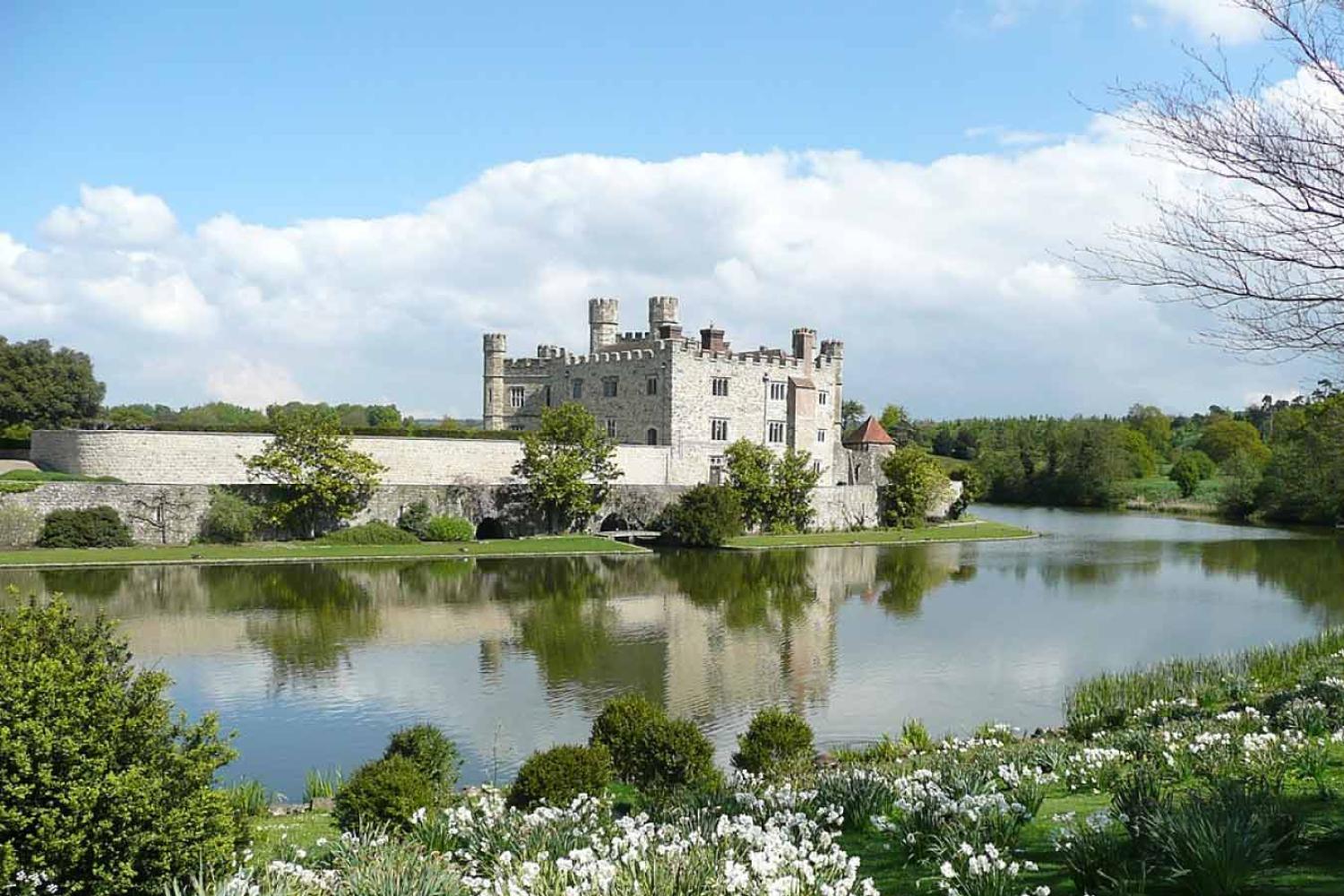 Private Visit to Leeds Castle
Described as 'the loveliest castle in the world' by Lord Conway, Leeds Castle sits in 500 acres of landscaped parkland across two idyllic islands, deep in the heart of the magnificent Kent countryside. Early arrival ensures an almost private visit of Leeds Castle, where Henry VIII retreated to escape the plague raging in London during his reign.

Exclusive to Golden Tours at Leeds Castle
Golden Tours and Leeds Castle have the ultimate Tudor treat for you! Upon arrival at Leeds Castle you will be greeted by your guide. Discover the history of this magical castle and sample a glass of mead as Henry VIII would have! (During the summer months, the Mead is unavailable on Saturdays).

Visit Canterbury Cathedral
Centre of English Christianity and home to a succession of 104 Archbishops since Augustine, Canterbury is a magnificent medieval city that’s a must for any history buff. Discover the scene of Archbishop Thomas Becket’s gruesome murder at Canterbury Cathedral in 1170. Learn the intriguing history behind this captivating masterpiece of medieval architecture. Marvel at the cathedral’s spectacular stained glass windows, many of which have survived from the late 12th and early 13th centuries.

The White Cliffs of Dover
Visit the gateway to England and admire the famous White Cliffs of Dover, with a photo stop on the stunning stretch of coastline that faces continental Europe. You'll also see Dover Castle, a commanding medieval fortress rising over the English Channel and a key film location in 'The Other Boleyn Girl'.

River Thames Boat Ride
Get a fresh perspective on London’s attractions with our River Thames boat ride from Greenwich to Embankment Pier, passing Tower Bridge and stunning St. Paul’s Cathedral along the route.

Estimated arrival time back in Embankment Pier, where the tour ends, is around 6.30pm

Free Walking Tour - Special bonus
Why not follow in the footsteps of Prince William and Catherine, Duchess of Cambridge or take in the places where the Fab Four worked and played in London. The walking tour you decide to go on will surely captivate you, with it being an experience to truly remember.