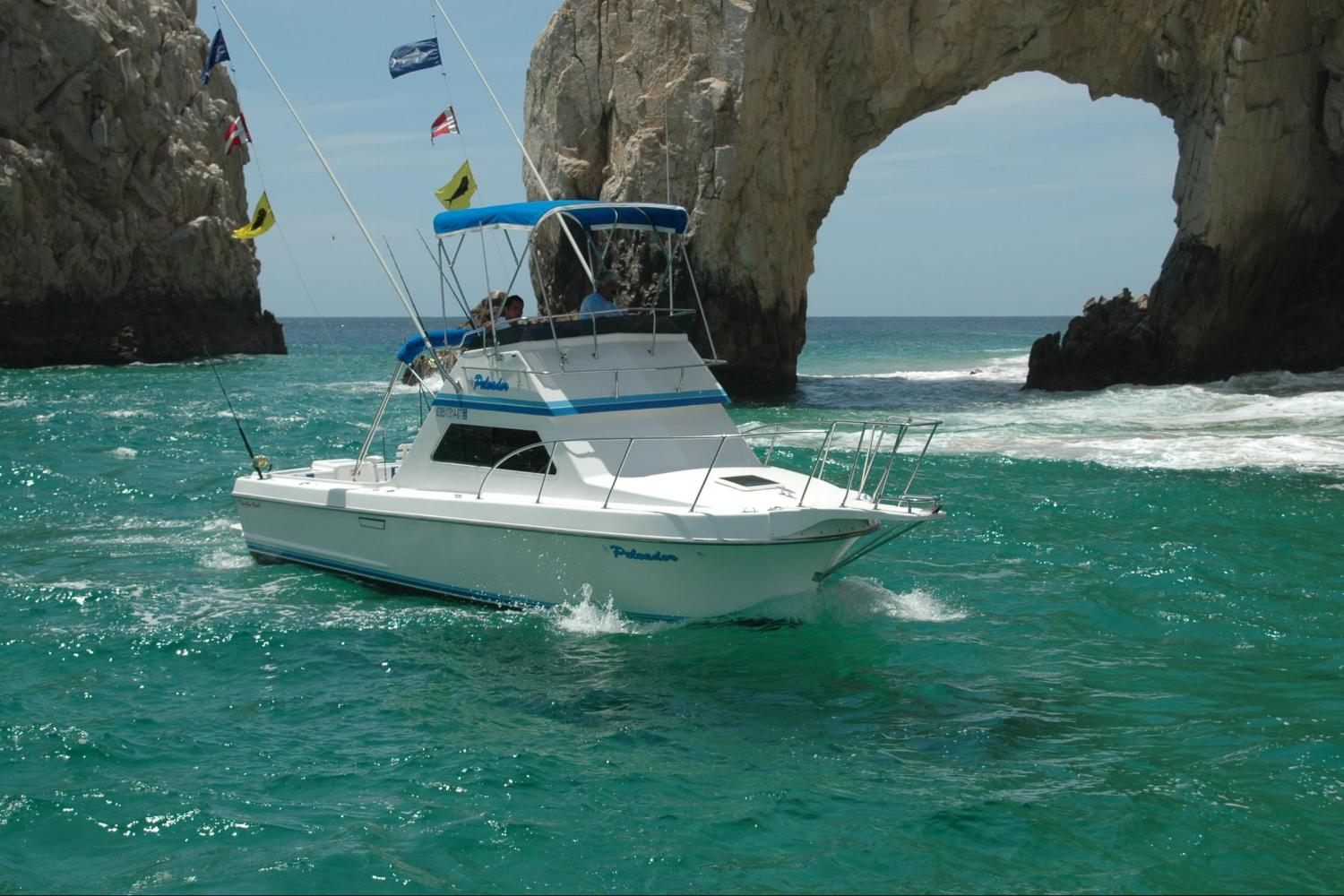 Cabo sport fishing is well known among sport fishermen worldwide, and for good reason. Cabo San Lucas, also known as the "Marlin Capital of the World", offers incredible opportunities all year round to catch massive striped marlin, tuna, shark and other prize-worthy catch. These prime conditions lie (or swim, rather) where the Sea of Cortez and the Pacific Ocean meet, and that's right where we'll bring you to catch some of your own!

Departure Location & Details
Time: The recommended departure time is 7:00am, a different time can be arranged if necessary. Exact time will be confirmed after booking via email with our local team.
Location: Cabo San Lucas Marina

Tour Overview
Cabo San Lucas is considered to be “the place for deep sea sportfishing” and Los Cabos offers an array of fishing boats and yachts in Cabo to experience the most sought after activity in the destination! The consistent year-round black, blue, and striped marlin action has earned Cabo San Lucas the nickname “The Marlin Capital of the World.”

A yearly migration of striped marlin, starting when the water warms to 69 degrees in the late winter and lasting until it is a consistent 79 degrees in mid-summer, has made Cabo a “go to” destination for marlin anglers. And when the fishing is really good, it can be truly awesome thus the biggest, most expensive fishing tournaments in the world are held annually in Cabo San Lucas.

Cabo is one of the few places in the world where a first time angler might actually catch several marlin on the first trip out! Beginning in June during a normal year, or when the water temperature has risen to a 78 degree average, blue and black marlin begin to make their presence known in a big way. The normal tackle for striped marlin is in the 30-pound class. The waters in and around Los Cabos are known to produce marlin in record numbers and in record weight, ranging from small (at about 300 pounds) to huge (at 1,200 pounds)!

In Los Cabos, sportfishing is an activity that attracts tourists from all over the world. Gray Line Los Cabos offers dozens of fishing vessels from small 28-footers to large cruisers and up to yachts. The best fishing lies just between the Sea of Cortés and the Pacific Ocean, where these two bodies of water join in a tumult of marlin, swordfish, wahoo, dorado, yellowtail, snapper, cabrilla, corvina and roosterfish, and where 12,000 of these creatures of the deep are caught every year. Los Cabos has over a 90% catch and release rate as a measure to ensure the populations remain stable for Cabo fishing charters in the future.