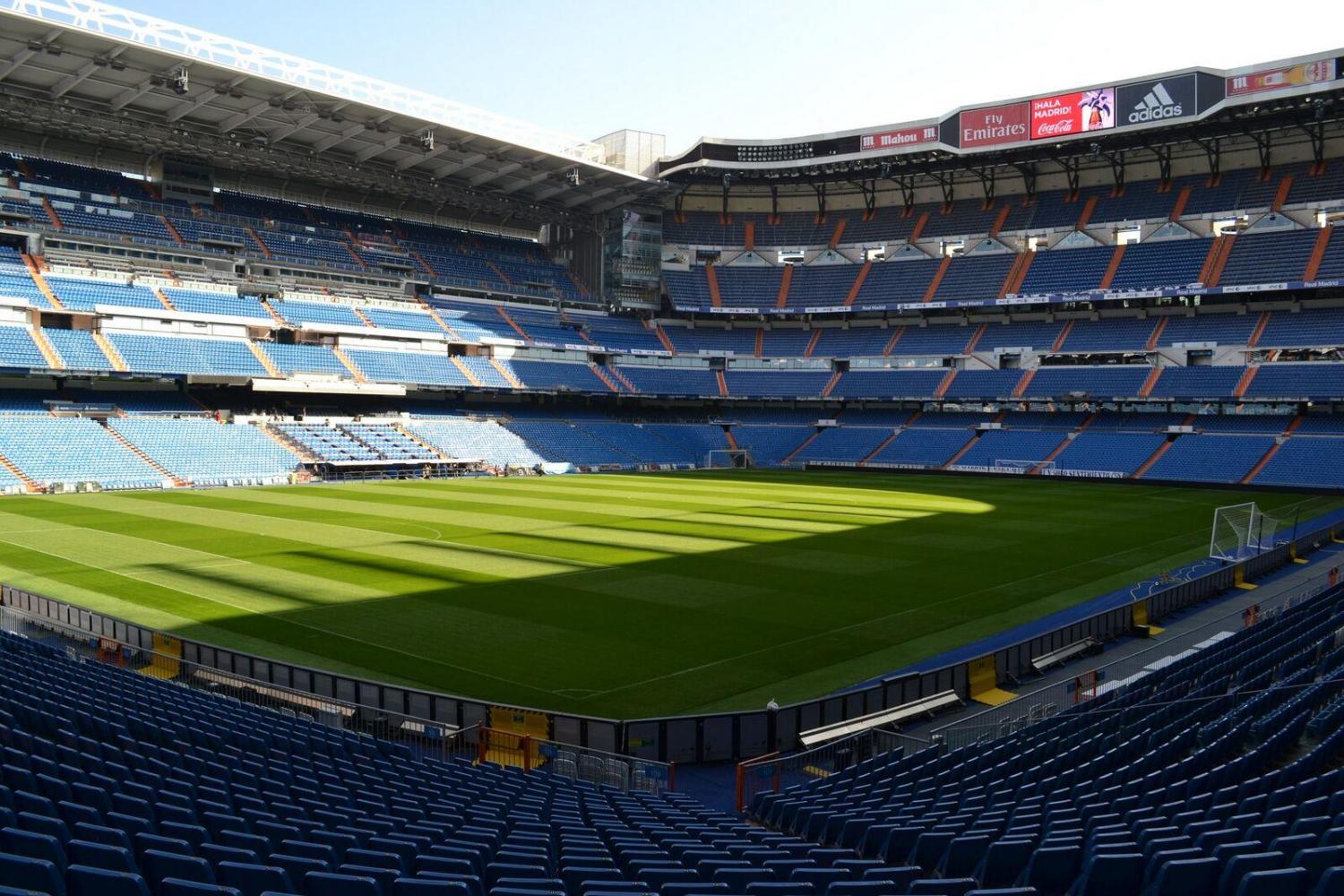 See the center of Madrid and visit Plaza Mayor, Puerta de Alcalá, and more before ending the tour at Santiago Bernabeu Stadium, home of Real Madrid

We will begin with a sightseeing tour of Madrid and will continue with the Tour of Bernabeu Stadium, home of Real Madrid Football Club.

Sightseeing Tour: Madrid shows the multiple contrasts inherited through the History. You will be able to find the medieval origins of the city, like the Arabic fortress, at the Barrio de la Morería, characterized by the antiquity of its buildings and the taste of its typical restaurants. We will also cover the Hapsburg Madrid of Felipe II, with its Renaissance and Baroque buildings walking and making pictures on Calle Mayor, Plaza Mayor, Plaza de la Villa.

Then, we will also see the Bourbon Madrid and the urban layout made by Carlos III, the Royal Palace, the Cibeles Fountain, Neptune Fountain and the Puerta de Alcalá. We will also visit the works from the kingdom of Joseph Bonaparte on the 19th century, such as Prado Museum. We will get to know the contemporary Madrid on areas such as Gran Vía, Paseo de la Castellana, Barrio Salamanca, Plaza de Castilla and Parque del Oeste, as well as the commercial and financial areas of Modern Madrid, like the emblematic Ventas Bullring or Santiago Bernabéu Stadium, where you will join the tour.

During this tour, we will stop at the famous Hard Rock Café, where you will enjoy a free drink.

Santiago Bernabeu: Bernabeu Stadium opens its doors to turn you into the real megastar.

You will have the chance to look through the Stadium with no limits, and even have the access to those places that you only had pictured in your mind. Our Stadium is awaiting you with all its real myths, like the tunnel to locker rooms, the bench, the pitch, the pressroom and the even presidential box.

Also you will visit the new Trophies Exhibition, the chief exponent of Real Madrid legend, the Best Club in the 20th century. Come in and enjoy the most thrilling time you will ever live. Do not worry no hurry at all… The Bernabeu also has a restaurant with a surface area of 1200 square meters on two floors, and 80 meters of glass windows with spectacular views of the pitch.