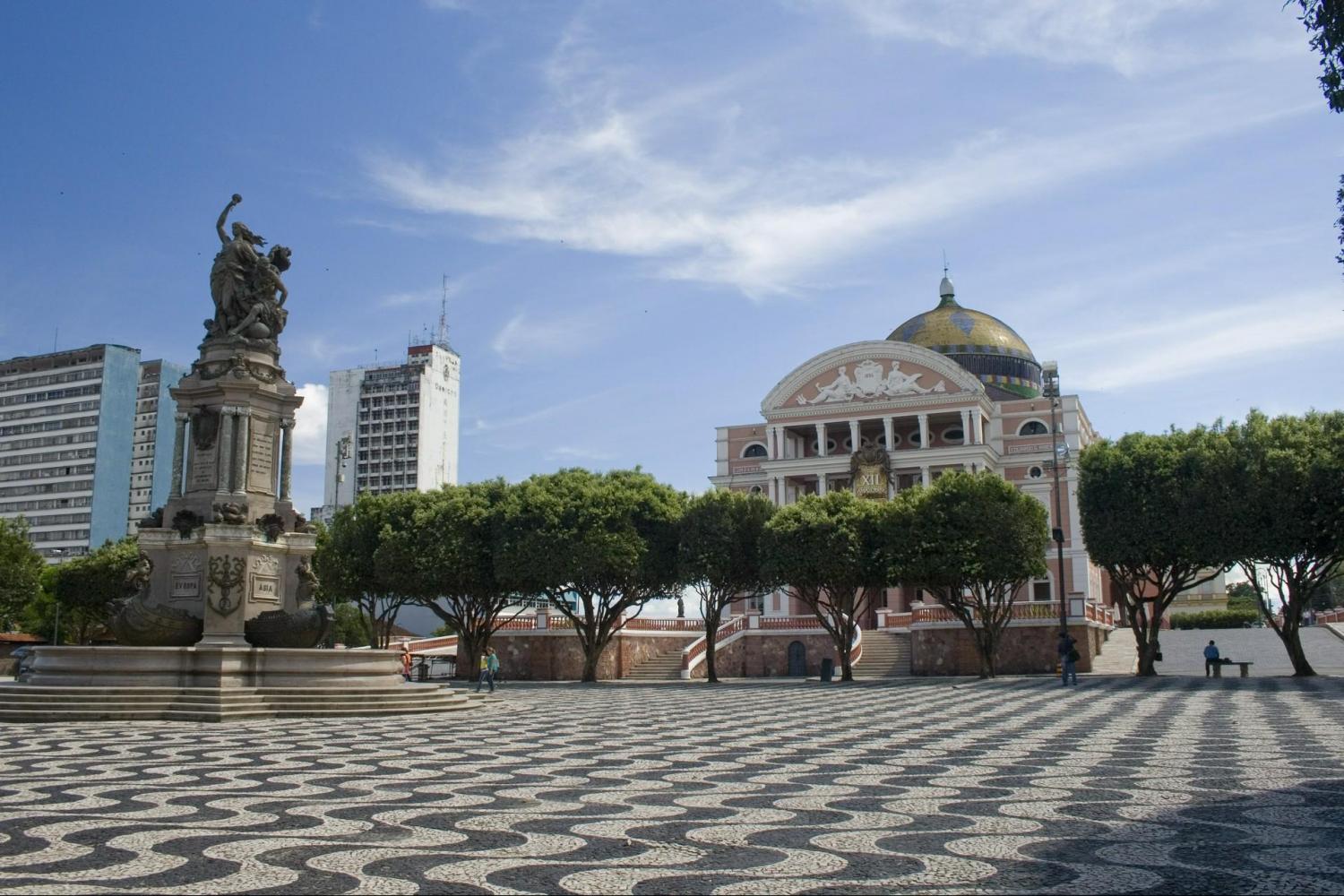 See the very best of Manaus including the Floating Port, Amazon Theather, Justice Palace and more

After pick up at the hotels, the tour begins with an internal visit to the centennial Adolpho Lisboa Municipal Market which has splendid iron architecture in Art Nouveau, located on the banks of the Rio Negro. The itinerary also contemplates one of the main avenues of the historic center, called Sete de Setembro, which opens the way to the Rio Negro Palace.

The next place of internal visit is the Museum of the Indian, where is sheltered more than a thousand pieces (arms, musical instruments, clothes and domestic utensils). Through this collection, derived from the Salesian missions, it is possible to know the way of life in the villages of the Indians of the Upper Rio Negro (Yanomami, Tukano, among others). We also pass by the Provincial Mansion (Police Square), a former command of the Military Police that was initially built to be the residence of the Captain of the National Guard, Custódio Garcia.

It is also possible to visit the Largo de São Sebastião, which houses the refined historical monument of the opening of the ports to the friendly nations located next to the Church of São Sebastião, architecture with Gothic tones. Finally we visit the imposing Amazon Theater, inaugurated in 1896 and one of the main tourist attractions in Manaus. It is also the symbol of the golden age of rubber and the purest expression of the Belle Époque, the height of beauty, innovation and peace among European countries.