Full-Day in Quito: City Tour in Trolley & the Middle of the World 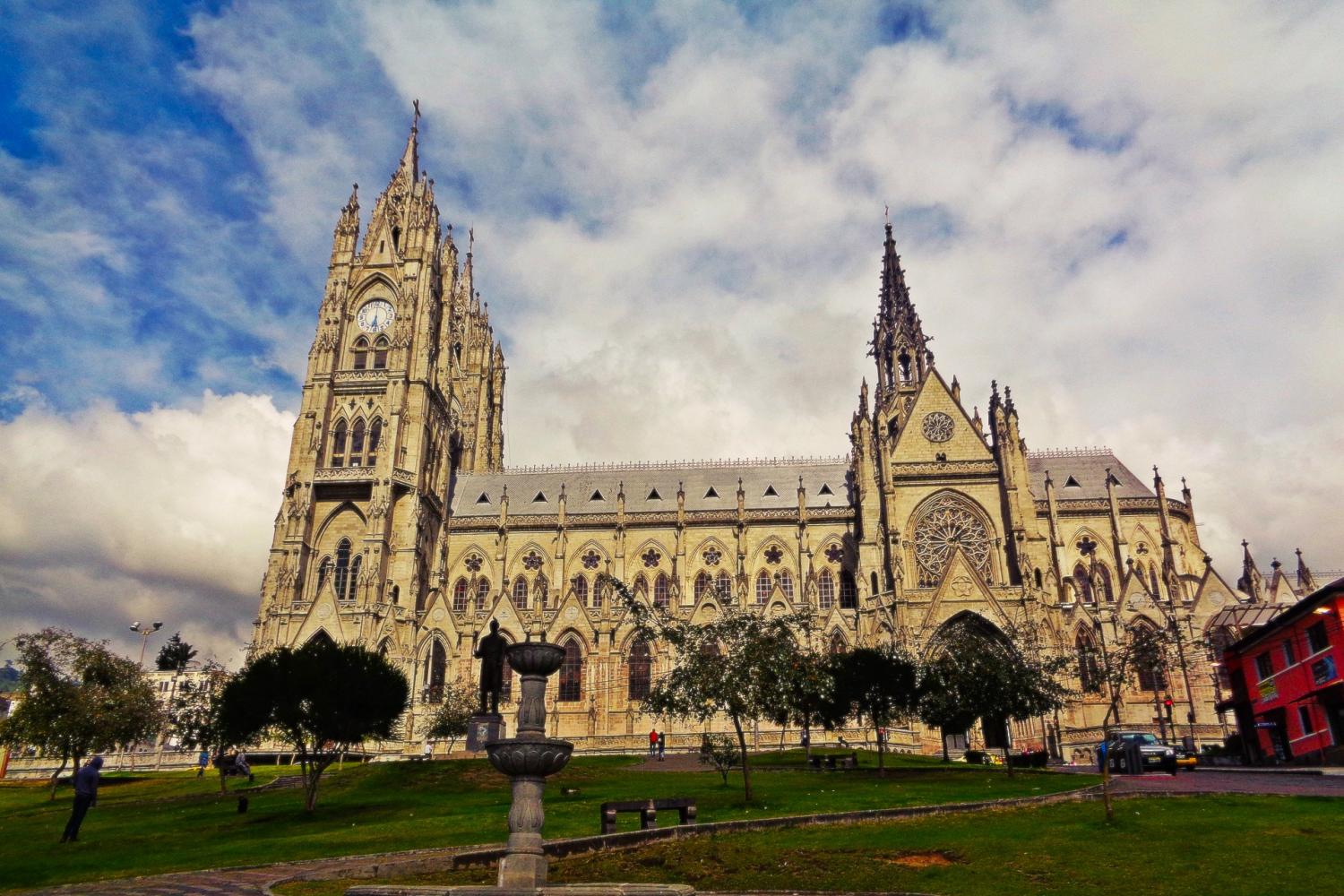 ©
Full-Day in Quito: City Tour in Trolley & the Middle of the World by
License

Full-Day in Quito: City Tour in Trolley & the Middle of the World

We will visit the historic center, the largest and best preserved in South America, in one of our original trolleys, which are a replica of the trams that circulated in Quito in the last century.

Visit to the Basilica del Voto Nacional Church, where we will make a brief stop for an explanation of its facade, to later move towards the Panecillo viewpoint, an iconic place in the city, renowned for its beauty, and where is a giant statue of the "Winged Virgin", where you can admire a beautiful landscape of colonial and modern Quito. Later we will continue to the Plaza de San Francisco, one of the representative places of the city and full of history, from where we will walk to the Plaza Grande, historical and political center of the city, surrounded by innumerable attractions including: the Cathedral, the Palace of Government, the Archbishop's Palace and the La Compañía church.

We continue our tour meeting the traditional La Ronda neighborhood, in whose romantic setting we can find workshops where our visitors will learn with a group of authentic artisans, how their works are elaborated,
and trades of yesteryear that keep alive the cultural traditions of this charming city, in this emblematic street you will have the opportunity to visit an ice cream shop where you can find very traditional flavors of Ecuador, as well as a visit to one of the artisan workshops: panamá hats or joinery or tinwork or products made from honey bee. (Entrance to churches are not included).

We will stop at the “Zona Rosa” of the city, approximately an hour and a half to have free time for lunch (not included), and later we continue with our excursion “Authentic Middle of the World Tour”.

We go to the "Middle of the World City", where you can see the monument that divides the northern hemisphere from the southern hemisphere of the planet. It was built during the XVII century when a French Expedition defined the precise location of the equatorial line that divides the world and it is a must-see place for those who visit Quito. Includes entrance to the Middle of the World complex ,where you can live experiences that defy the laws of physics and occur only in this part of the world. After visiting this privileged place and registering it in your passport, you will always see Ecuador and the Middle of the World in a different way.

We suggest you to do our excursion “Urban Legends of Quito at Night” to complement this experience with a tour through the historic center of Quito and get to know its urban legends or a craft beer tasting on our excursion “Quito's Original Craft Beer Tour”.

NOTE: On Sunday, this tour operates in an inverted way, first you visit Middle of the World and then the city tour.