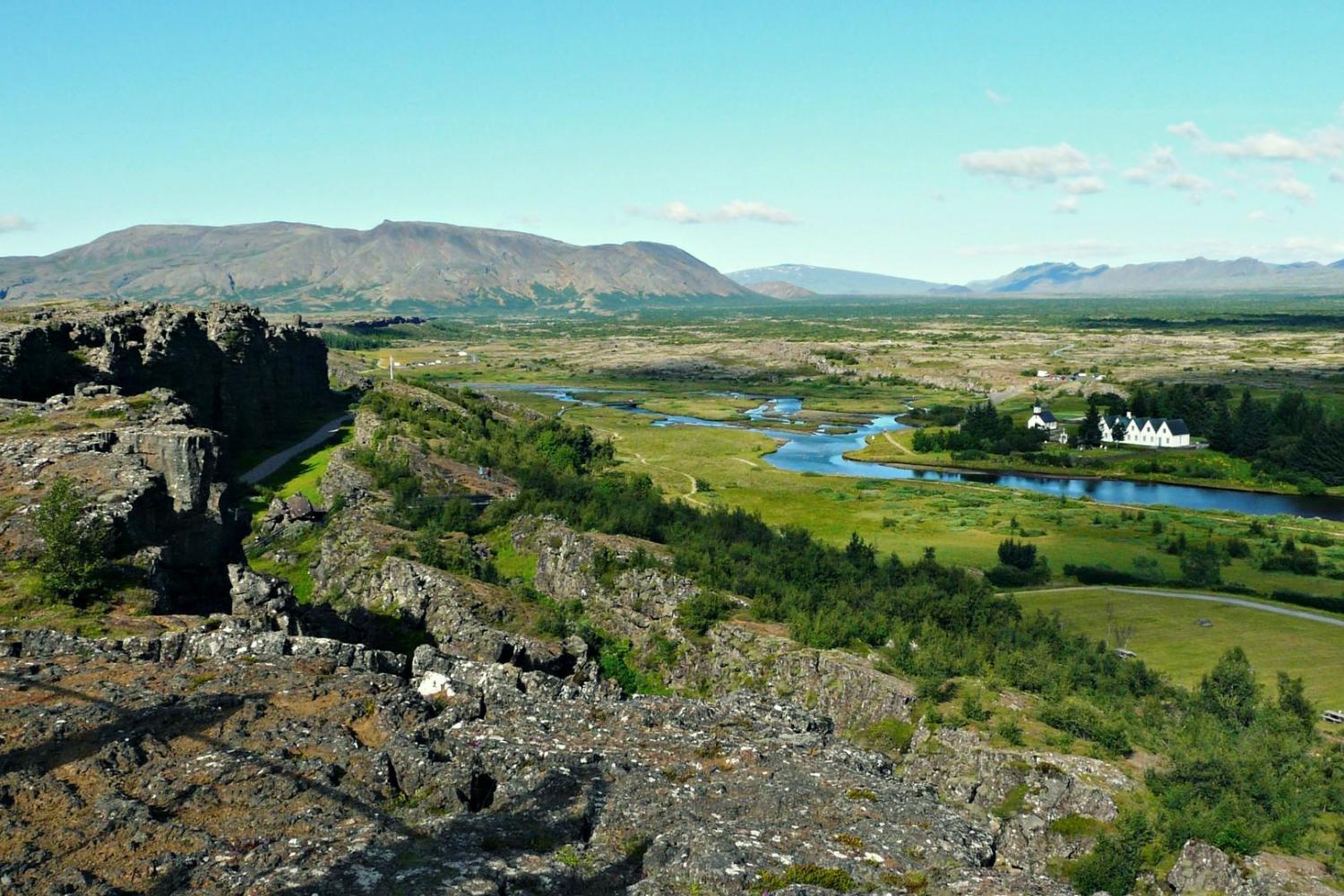 This tour gives you the opportunity to experience the rush of driving an ATV across battered volcanic terrain of Reykjanes peninsula followed with dramatic landscape and fascinating history on the Golden Circle route.

The ATV tour is led by experienced tour leaders who are knowledgeable about the landscape of Reykjanes and capable of finding the best spots for sightseeing and photography opportunities.

The second leg of this tour is the Golden Circle tour where you'll explore some of Iceland's greatest natural and historical landmarks including Þingvellir National Park and UNESCO World Heritage site, Gullfoss waterfall and the famous Geysir hot spring area.

We were picked up on time and taken to the central hub where we waited for our ATV tour operator to pick us up. Facility was nice with plenty of bathrooms and seating while you wait. Our guide picked us up and was friendly. When we got to the ATV location there was no organization. Several young guys walking about but no one "leading" or explaining what we were to do. We simply started following others in pulling clothing/gloves off the shelves. Then we stood around waiting as others straggled in and geared up. Still no direction, just standing around in this cold building waiting for...? We eventually got started with minimal direction and we were off! The tour itself was awesome. There was speed, rough terrain, and an amazing sunrise-all what we were hoping for! I would have liked if we were a smaller group as we kept having to stop and wait for half the group (they debated two groups initially but opted for one large, unfortunately). In the end we divided into "those who wanted to go back fast" and those who "wanted to take it more slowly." We chose the fast group! We were returned to the central hub where we had (too much) time to wait for our next excursion to begin, the Golden Circle Tour. We boarded the bus from that location and hit the landmarks. Lots of walking and stairs for those who need to consider that. Was a good trip--the shorter tour ideal for us who didn't need to be at each location for a long time. We were particularly annoyed that a few in our group were repeatedly late returning at the set meeting time, leaving everyone on the bus waiting for them. That's on them, not the tour, but a reason we are reluctant to take more of these tours. After a long day we were eager to return to our hotel only to learn that the bus had no intention of dropping us (or anyone) near their hotels. The website did say something along the lines that they may have difficulty getting to some small streets but that they'd get you as close as possible. That's not true. They stopped very infrequently and most had to walk far (many confused as to where they even were and how to get back!); we were lucky enough we were dropped only four-five blocks in an area we visited the day before -- though my husband was turned around/lost!).. I was cranky about that night time surprise drop off, especially after an exhausting day.Our other tours picked us up in the same full size bus at our door or next door. Just something to be aware of when your comparing tour operators.
Read More Reviews