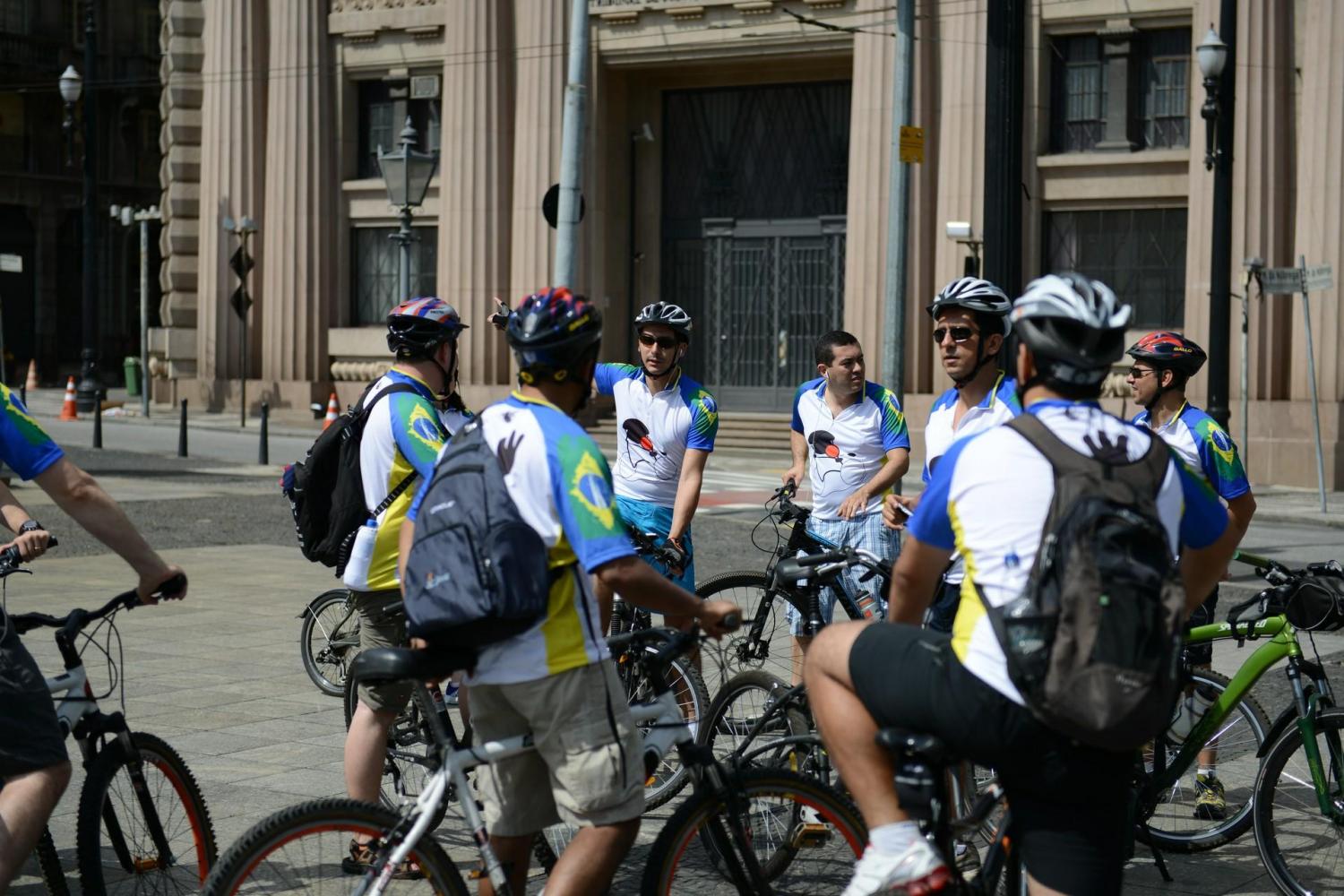 Take a ride to a great historical experience

Relive the cycles of Rio’s development on this bike journey through the city! (And get some exercise in, too — this bike ride will burn some 2,500 calories, so have a proper breakfast before you come!)

You’ll meet your local guide in Copacabana for a fantastic bike tour along the beach and the bays, all the way downtown and back — and as you ride, you’ll come to understand how the city expanded from its first settlements to the Rio of today.

We’ll start our Rio bike tour with a trip around Copacabana, home to one of the most famous beaches in the world, and on to the neighbourhood of Botafogo. This district has a few noteworthy sites, but it’s perhaps best known as the spot where you can capture that perfectly framed photo of Sugarloaf Mountain. It’s a stunning view of this unique mountain rising right up from the bay, and one of the most iconic images of Brazil.

Moving on, you’ll ride up along the coast of Flamengo Beach and Park. A jewel created by Burle Marx, a master of landscape design, this area is pure joy and is always filled with locals just hanging out. The bike lane zigzags under the trees here, allowing you to enjoy views of both the city and the bay as we ride.

This route will then lead us straight downtown and right past the Museum of Modern Art (or MAM, as locals call it) and across Cinelandia Square. In the early 20th century, the square became home for much of Rio’s political and cultural life, and many of the buildings symbolised the city’s modernisation. From there, we’ll ride along Avenida Rio Branco, once the busiest street in Rio, and which was recently redesigned for the 2016 Summer Olympics.

We’ll head from the downtown area through Praça XV Square, to reach a new path surrounding the neighborhood, eventually reaching the Museum of Tomorrow at Praça Mauá Square. This is another great spot for snapping a few photos, with the huge Niteroi Bridge showcased in the background.

From there, we’ll ride along Olympic Boulevard, where you’ll see the stunning work by artist Eduardo Kobra. His work here is an extremely colourful graffiti mural, some 2,600 square metres in size and representing the people of each continent.

Finally, we’ll cycle back to where we started at Copacabana, finishing our historic ride through Rio’s past, present, and future.