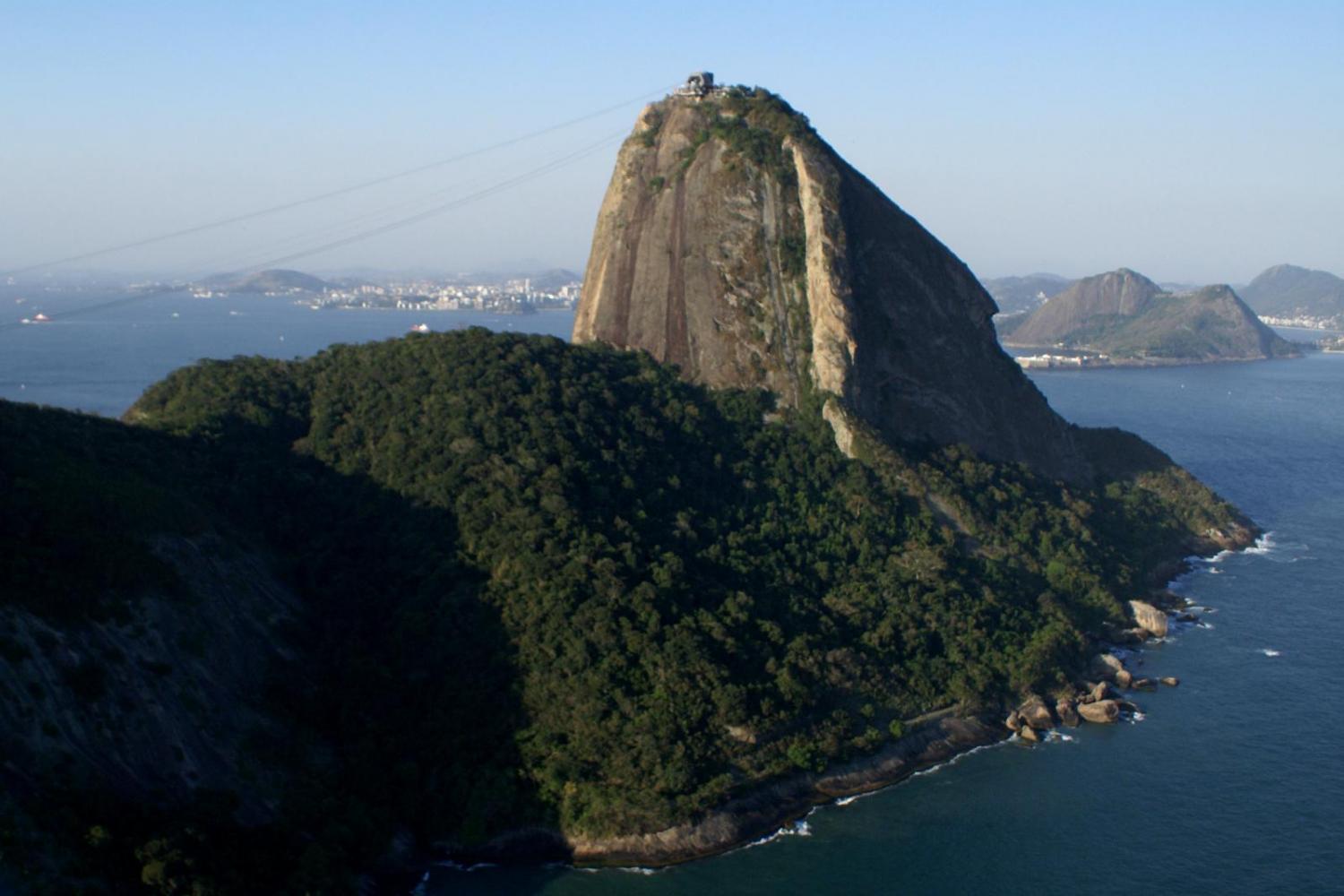 In the morning, after pick-ups, you will take a Panoramic tour of downtown Rio passing next to the Sambodrome and learning about the city’s early and later history before stopping at the Metropolitan Cathedral. At the Cathedral you will have some time to admire its unconventional pyramidal form with an internal diameter of 96 meters and a height of 80 meters.

After a brief visit to the Cathedral, you will get back to the bus and get perspectives of the traditional Cinelândia Square with its historical buildings, the Municipal Theater, the National Library and the National Museum of Fine Arts. After crossing the historical Rio Branco Avenue, Via the Aterro do Flamengo, where you will hear about Brazil’s part in the Second World War as well as reliving the final battles between the Portuguese and the French, you will be taken to the neighborhood of Urca where one of the largest symbols of the city is located: Sugar Loaf.

You’ll travel all the way to the top in two steps by cable car. The first cable car takes us to Urca Hill, a vantage point 215 meters high for which already grants beautiful views of Guanabara Bay and its islands, the Rio-Niterói Bridge and Corcovado Mountain.

From this stage, a second cable car takes us up to the top. At 395 meters we’ll enjoy splendid views of Copacabana beach, the Santa Cruz fortress and several beaches of Niterói.

Then you will have a formidable lunch in a barbecue restaurant, all you can eat style, before taking the helicopter flight. Fly from the Lagoon above Rio’s best green areas. In this 9 minute flight, you’ll see the trees from the charming Botanical Garden, founded by Former King João VI (then Regent Prince), then to Tijuca Rainforest and a lap around the Christ Redeemer Statue, before flying back down to the Lagoon.