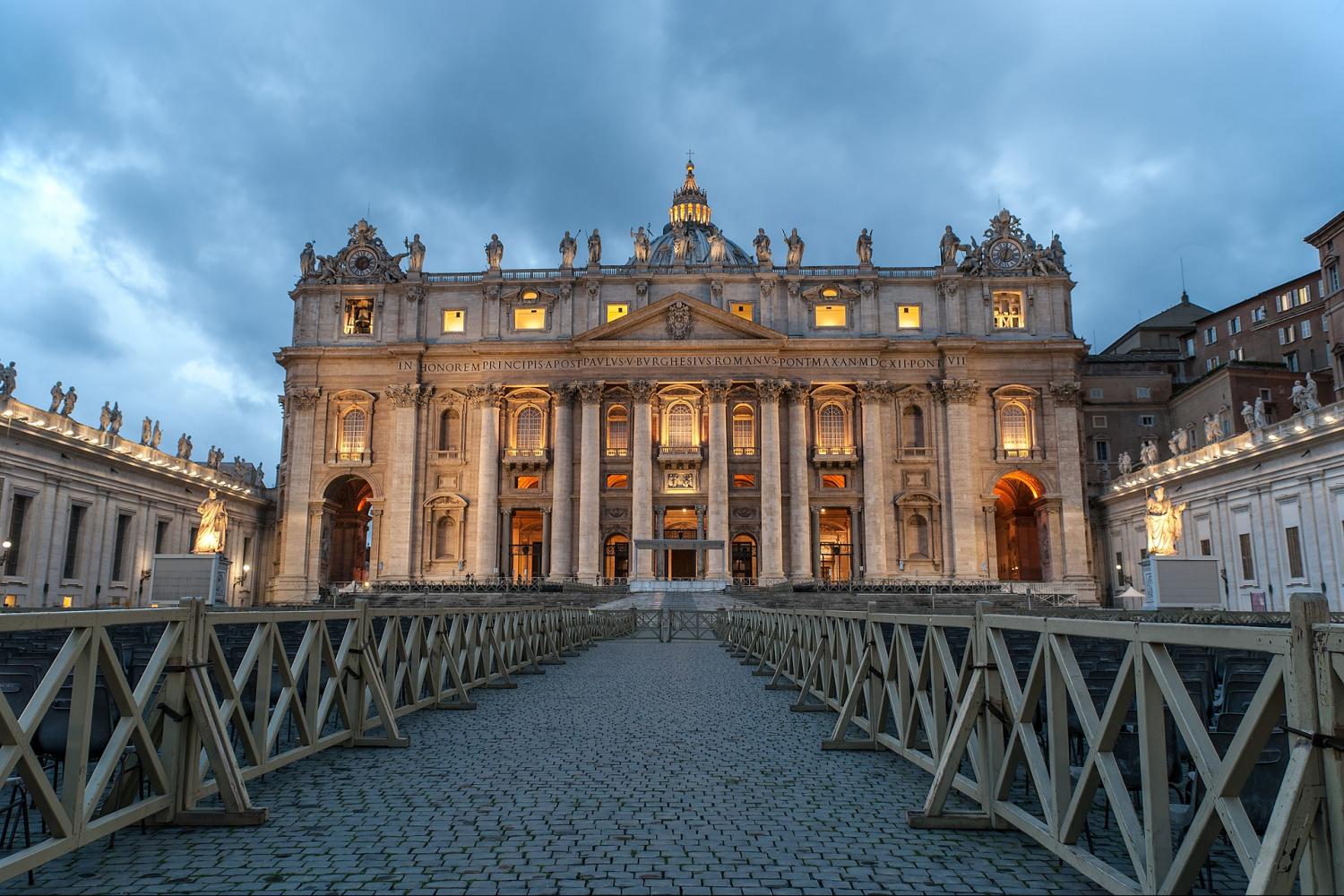 The countdown to Christmas has started. Reserve your digital tour of St Peter’s without leaving your home now!

Even if you put your trip to Rome on the back burner this year because of the pandemic and travel restrictions, we still want to show you what Rome looks like in a magical time of the year, Christmas, with its lights, wintery atmosphere and holiday ambiance.

Get ready to virtually be here and take a look at the most beautifully decorated area of Rome (which is in fact Vatican territory): St Peter’s Square, the heart of Catholicism, where every year the Roman administration lights a big sparkling tree and puts up the most admired Nativity scene in the city.
This is why we’d love to save you a spot in an interactive tour we’re setting up for you, so you can see this very special place in the heart of Rome through the very eyes of our go-to certified local guide Davide. And it is a great gift idea too! The live tour will allow you to interact with him and ask him questions. So why wait for next year? There’s no time like the present, so just join us and start unveiling the magic of Christmas in Rome. You won’t regret purchasing this experience!

Crèches (or “presepi”) have changed over the years in St Peter’s Square. This year, the larger-than-life-size presepe has been created by an Art and Design School in Castelli near Teramo (a city in the region Abruzzo). It is made entirely of ceramic, and an impressive European spruce coming from Slovenia reaching 92 ft in height and 27 inches in diameter will be lit and on display just by the Nativity from December 11th to January 8th.
After showing you St Peter’s Square, the Egyptian Obelisk in the center, the Twin Fountains on each side, and the famous Bernini’s colonnade which embraces the Basilica and projects its arms in a warm attempt to welcome the pilgrims, your guide will share with you the traditions behind a pope’s election and show you the interiors of the Church starting from the Holy Door (or “Porta Santa”), the focal point of papal liturgies during the Jubilees.
What’s inside is jaw-dropping! La Pietà by Michelangelo, the Dome, by the same artist, the all-pervading mosaics (artworks that appear to be paintings but are not), St Peter’s statue, the resting place of pope John Paul II, the bronze canopy (or “baldacchino”) built by Bernini in a baroque style located above the main altar and underneath the dome, and more.

The tour will then take to the street again along via della Conciliazione and the Passetto di Borgo, an elevated passageway 2,600 ft long used in the past as an escape for popes under threat. It connects the Vatican to Castel Sant’Angelo, another must-see monument in Rome. Once the guide has reached it, he will unveil the many purposes it used in history – from tomb to prison to castle - and its main features.

The tour will end on Sant’Angelo Bridge (or “Pons Aelius), a monumental bridge built in ancient times and renovated by the popes so its balustrades are now decorated with statues of angels, evangelists and patriarchs. The bridge is now pedestrian only, and provides a scenic view of the Castle and over the Tiber, Rome’s legendary river.