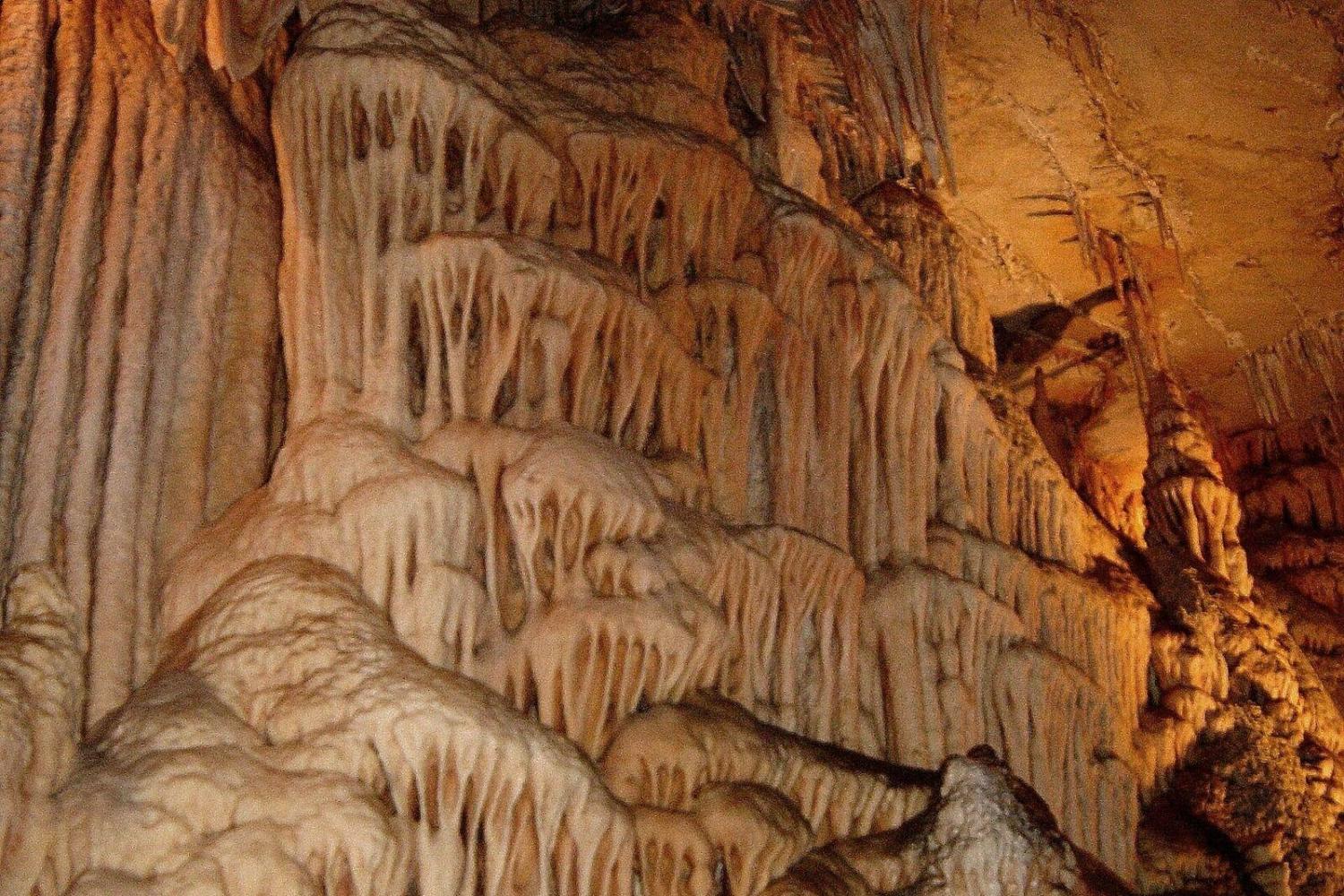 Explore the magnificent Jenolan Caves, Scenic World, and the Blue Mountains on this day trip from Sydney. Admission and a guided tour included!

Discover the unsurpassed beauty of the Blue Mountains and the breathtaking natural wonders of Jenolan Caves - one of the world's finest and oldest cave systems with underground rivers and spectacular limestone formations. The brilliance and timelessness of nature revealed; be enthralled with the beauty of these ancient limestone caves.

Had to wait in long lines at Scenic World and could not take all the rides before getting back to the bus. The Blue Mountains and Jenolan Caves were beautiful and we saw a few wild animals. The driver Tony "cuddly bear" was knowledgeable and a skilled diver to deal with the traffic on the narrow road to Jenolan Caves.
Erkki

The caves were impressive as well as the Three Sisters we saw on our return - the Australian counterpart of Grand Canyon ...
Reply From The Gray Line Team:
Erkki,

Thank for leaving us a review on your Gray Line experience! We are glad you enjoyed the Jenolan Caves and we hope to see you on another Gray Line tour, soon!

I loved the place, it's memorable.
Juan Jose

The place was great, the driver was complicated to hear at some points. All good besides that.
Larissa

I had to take a "pick up bus" from my hotel, which brought us to a central location, then hopped onto another small van (~15 seats) to my tour! The first driver (bus) was punctual, professional, and surprisingly extremely organized for the amount of people on the bus and his responsibilities (checking everyone in and accounting for all customers on his list). Even though he knew he was shuttling some customers off to another vehicle, he was still very funny and entertaining, communicative, and gave us a short tour/pointed out landmarks during that drive! Then off to meet our actual guide, Steven! Steven is A-M-A-Z-I-N-G! I have taken a few bus tours and I'd say he was the best! He was the guide AND the driver, but he was great at multi-tasking and I generally felt safe in his vehicle. Throughout the ride, he would point out landmarks, give us funny stories of his own experience at any location, had funny jokes, was communicative, and very organized. He also gave us a break from his talking and play some jazzy music- which allowed us to get some rest. Before dropping us off at a location, he'd give us hinters on what to do and how to best maximize our limited time at the stops. He'd also say where and when to use the restroom, pick up points, and best things to do! We were often first in line and luckily avoided crowds, which was very appreciated since our time was limited with a packed agenda. The only scary part was when he was giving us instructions on what to do if the bus left us if we weren't back on time! Luckily, we ditched no travelers!On the long drive back, he played a movie (which ended before our first drop off- hate it when you miss the ending of a movie) for us, and stopped by McDonald's for a quick bite and bio break. He was accommodating to our drop off plans and sure enough, we got back on time!Topping on the cake: He surprised us by stopping at a camp site to show us wild kangaroos!!!!!!! WHHHATTTTT?!?!?! Yes, I said kangarooS- several of them, and they were surely friendly. We got out and took some photos for about 20 mins! This tour (mostly because of Steven) ended up being our top highlight of the trip!
Read More Reviews