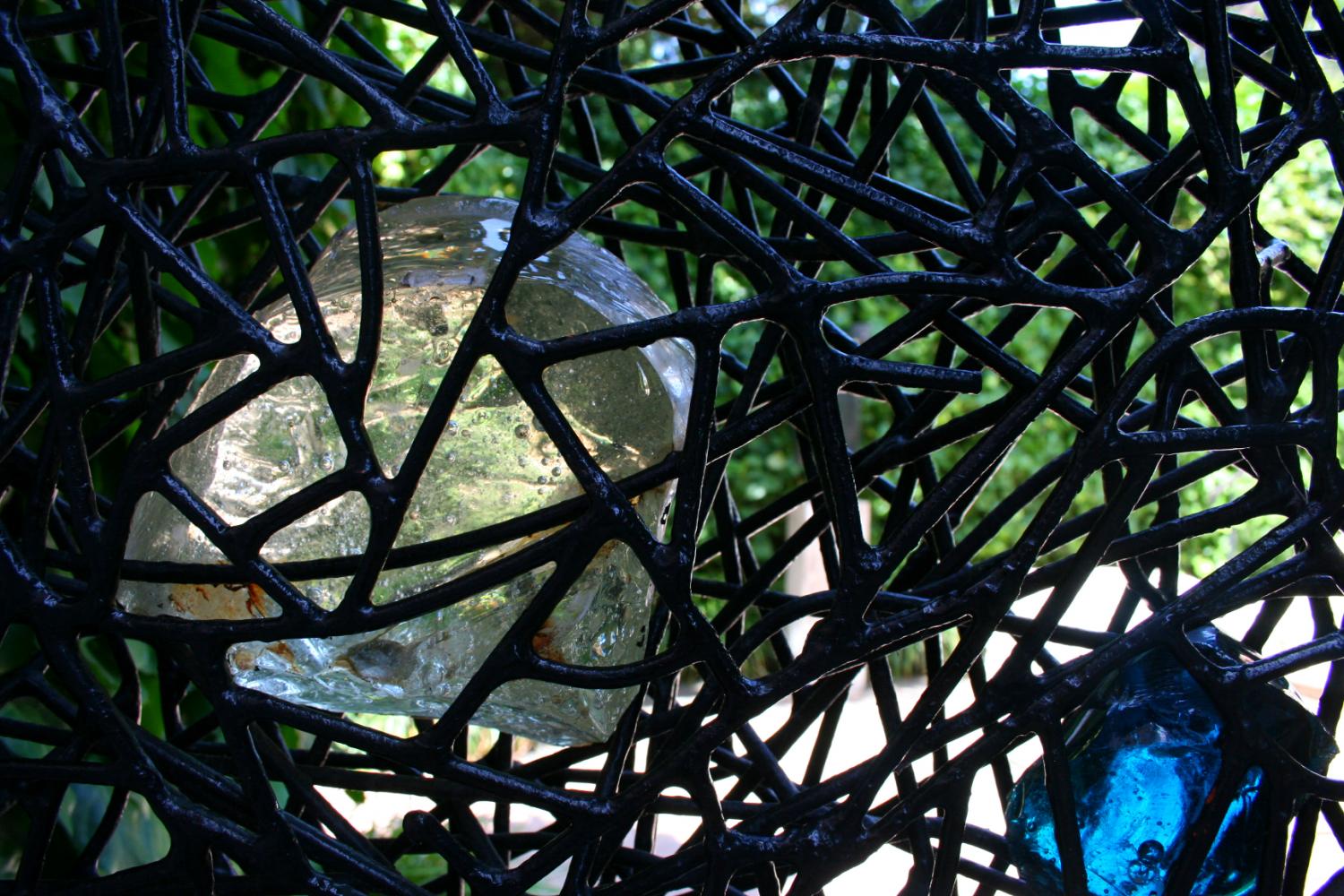 Carlo Scarpa (1906-1978) was one of the most influential architects in the 20th-century Italy, who skillfully interpreted Venice’s traditional architecture from a modern perspective. Since his early career, as artistic designer for Cappellin and Venini glass makers in Murano, Carlo Scarpa began to explore the vast potential of glass. By resuming ancient handcrafting processes and trying new glass blowing techniques, he developed chromatic and geometric solutions that changed Italian glass production forever. Since then, an innovative use of traditional raw materials has remained a distinctive feature of his works.

In Venice’s urban context, where buildings and residences are reflected on the canals and the surrounding lagoon, water and light become an integral part of the environment. Carlo Scarpa decided to use natural elements, such as water and light, as architectural components, so to open spaces to perspective sceneries and infinite games of light.
The first destination of the tour is the Olivetti Showroom in St. Mark’s Square. This is a modern example of interaction between inner and outer space in architecture. The showroom recreates the theme of water by using a few decoration ‘devices’: a trickle of water flowing down in an ornamental fountain on the ground floor; tiny colored glass tiles covering the floor, so that it reflects the light by producing the flickering water effect that characterizes the surface of St Mark’s Square in times of high tide. Large windows flood the showroom with light that reverberates on the fountain’s water and the gray-purplish wall stucco. Floor colours gradually fade off, as the distance from the windows increases. The showroom is decorated using local materials, such as glass, marble, stone, and wood, which are beautifully juxtapposed to create a stylish ambience for the display of Olivetti typewriters. These machines from the 1950s and 1960s are therefore exhibited as if they were ‘jewels in a museum’.

Carlo Scarpa’s search for harmony between natural elements and architectural space is best illustrated at Venice’s Querini Stampalia Foundation, which is the next destination of the tour. Carlo Scarpa reinforced the building and renovated both the entrance hall of the museum and the palace’s garden. He regained control over an open portion of the building, which had been left in disuse because of being regularly flooded. Carlo Scarpa raised the area from the ground floor and transformed it into a walkway for the palace’s visitors. Water entering the ground floor was contained by a parapet wall and channelled into the rear garden. Thanks to this solution, water acquires an aesthetic value, while harmoniously coexisting with the other architectural elements of the building. This modern revisitation of an ancient building makes the former Querini Stampalia residence a masterpiece of twentieth-century architecture. The idea behind Carlo Scarpa’s project still inspires the mission of Querini Stampalia Foundation: opening to dialogue with society by creating a space for interaction and cultural exchange between the peoples of Venice.