City tours and fun things to do in Amsterdam

Amsterdam is regarded as one of the tolerant and progressive cities in Europe because of its lax laws with regards to marijuana, its red light district and the open arms with which its residents have always welcomed visitors. The city is also home to gezellig (cozy or friendly) pubs, tenebrous coffeehouses and a wide variety of cuisines that highlight the cosmopolitan nature of Amsterdam. However, some of the top things to do in Amsterdam are a bit less hedonistic than you may think. Amsterdam attractions include such landmarks as the Anne Frank House, the Vondelpark and the Bloemenmarkt, which is the only floating flower market in the world. Amsterdam has also been of paramount importance to the development of Western art. Some of the greatest masterpieces to come out of the 17th century were created by Dutch painters like Johannes Vermeer, while some of the most iconic pieces of artwork to come out of the period after World War I were created in the style known as De Stijl (Dutch for “The Style”) by Dutch artists like Piet Mondrian and Theo van Doesburg. There are over 50 museums in Amsterdam that attract approximately 2 million visitors each year, the most popular of which are the Van Gogh Museum, the Rijksmuseum and the Stedelijk Museum, which reopened in 2012 with a more modern and capacious facility.

Amsterdam sightseeing is a breeze for a variety of reasons. For one, the city is relatively small, and it is easy to get around. Amsterdam transportation is yet another unique facet of the city. Often called the Venice of the north because of its 1,281 bridges and 165 canals, Amsterdam canal tours are often more convenient and less congested than some of the city’s bike paths. Then again, you can always just remain on your feet as you walk around enjoying the unique architecture and landscape that has made Amsterdam one of the most popular cities in Europe for hundreds of years.

There are dozens of day trips from Amsterdam that will give you a greater appreciation of Holland. One of the most important sights in the nation is The Hague, which is the center of Dutch government. The elegant architecture of the Houses of Parliament and the Peace Palace are truly a sight to behold, as is the Madurodam, which is a nearby park dedicated to 1:25 scale model replicas of some of the most iconic Dutch castles and public buildings. Seeing the Dutch countryside is yet another treat. On top of enjoying a landscape dominated by windmills and dykes, there are several historical cities, such as Volendam, Marken and Bruges, which embody the quaintness and charm of a bygone era.

Gray Line Amsterdam offers a variety of tours of Amsterdam and the Dutch countryside, as well as Amsterdam airport transportation. Our most popular tours of the city are our Hop-On Hop-Off Amsterdam tours, which allow you the liberty to hop on or hop off at any one of our 16 stops at the most significant attractions in Amsterdam. These tours are also a great way to get to know the city, as they are guided tours highlighting the importance of the many landmarks throughout Amsterdam—from the comfort of a boat. We also offer an Amsterdam canal cruise, which will take you through the canal district and past some of Amsterdam's most beautiful sights.

Gray Line Amsterdam also offers day trips via coach to the fishing towns of Volendam and Marken, as well as the historical city of Bruges. We also offer day trips to The Hague, which is approximately 60 kilometers south of Amsterdam.

Gray Line Amsterdam hopes to engender the Dutch spirit of gezellig, not only by providing fantastic tours and cruises, but by making sure you feel at home during your stay. 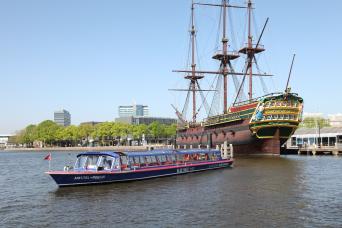 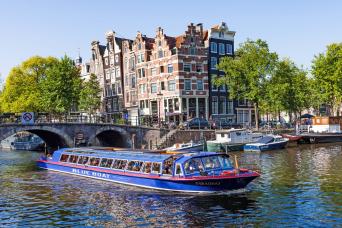 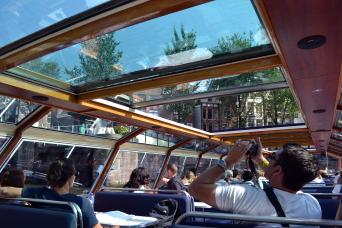 Combine a city canal cruise with a visit to Rijks Museum 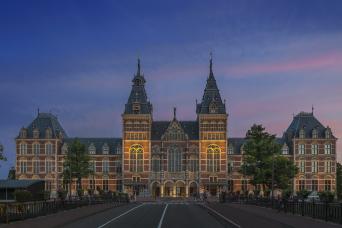 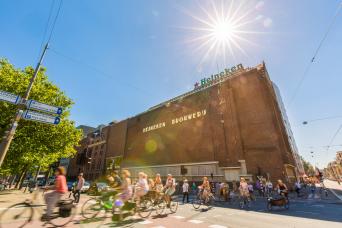 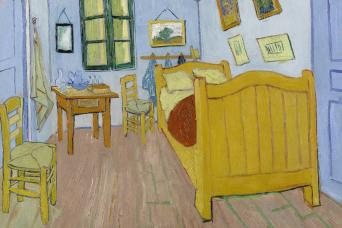 Canal Cruise with snack box from dock at Heineken Experience 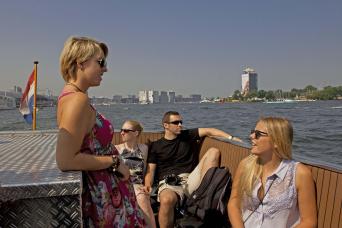 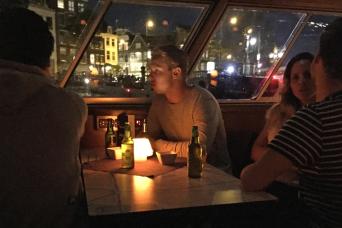 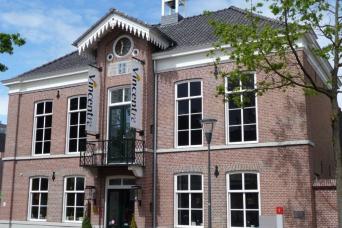