City tours and fun things to do in Barcelona

Montserrat tours from Barcelona and other fun attractions

Barcelona is one of the Mediterranean's busiest ports, as well as Spain's most cosmopolitan city. Few places in the world can equal the city’s renowned nightlife, culinary scene, artistic sensibility and architecture. Barcelona day tours can be confined to the marvels of the Gothic architecture in the Barri Gòtic, or they can be more diverse, as this city of five million is home to several showcases of Spain’s contribution to the arts. These Barcelona attractions include the Poble Espanyol, the Picasso Museum, the Miro Museum and the many architectural wonders created by Antoni Gaudi, such as Casa Milà, Casa Batlló and, perhaps most famous of all, the Sagrada Familia Church, which is a cathedral over one hundred years in the making.

The cuisine in Barcelona is also exceptional. In fact, one of the top things to do in Barcelona is to simply eat. While the main thoroughfare of Barcelona is La Rambla, the street has become increasingly accommodating to tourists, and those who are looking for a more authentic taste of Catalonia may want to venture a few blocks deeper into the old city to satisfy such an itch. One of the biggest landmarks is Can Culleretes, which was established in 1786, and is the oldest restaurant in Catalonia. For those who want to experiment with something less traditional, there is no shortage of tapas bars, cafes and cozy restaurants. Just make sure you bring an appetite.

Barcelona is not all tapas bars and clubs, Cubism and Art Nouveau, however; the city is also home to one of the best football (soccer) teams in Europe, as well as one of the most famous footballers in the world, Lionel Messi. Even Camp Nou, the F C Barcelona stadium where Messi plays, is famous—it is the largest stadium in Europe, with a seating capacity of just under 100,000.

There are also dozens of day trips from Barcelona. There are the historical towns of Girona and Figueres. The former contains one of the best-preserved Jewish Quarters in Europe, while the latter was the birthplace of Salvador Dali. It is now the home of Teatre Museu Dali, the Dali Museum. Other Barcelona day trips include a ride up to the Royal Basilica on Montserrat, a multi-peaked mountain that was declared a Natural Park in 1987, as well as the Freixenet cava wine cellars.

Gray Line Barcelona is ideal for any visitor to the city. No matter if it’s your first time coming to this Catalonian gem or if you’re familiar with everything from Las Ramblas to Park Guell, and even know of a tapas bar in Gràcia where the staff knows you by first name, we offer several Barcelona tours that will allow you the opportunity to get to know the city (more) intimately.

While our Barcelona gourmet bus dinner tour may be our most popular option because it allows visitors the chance to taste dishes that exemplify Catalonian cuisine, our Barcelona Hop-On Hop-Off tour allows you the freedom to enjoy a guided tour via a convenient audio system with earphones in any one of 12 languages at your own pace. There are two routes, the East (Green) Loop and the West (Orange) Loop. Each one has an itinerary of approximately two hours. The Barcelona Hop-On Hop-Off is the best way to become familiar with the general layout of the city.

For those who want to experience the countryside of Catalonia, we have multiple options. We offer several day tours from Barcelona that will allow you the chance to take in the natural beauty of the countryside—from the majestic heights of the Pyrenees to the breathtaking Girona Coast. We also offer day trips up to such notable locations as Montserrat, Figueres and Sitges.

Gray Line Barcelona has been serving Catalonia for more than 79 years. It is our goal to provide unique and engaging experiences in order to fully immerse travelers of all ages in the culture, art and cuisine of Spain.

On this guided tour in Barcelona, go for a walk in the magnificent Park Güell and enjoy how nature and design come together in this Gaudi creation 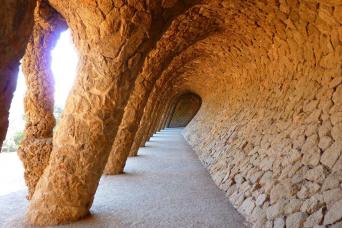 Artistic Barcelona - The Best of Gaudi

On this guided Barcelona day tour, enjoy the essential works of Gaudi like the Sagrada Familia, Park Güell, Casa Batlló, and more! 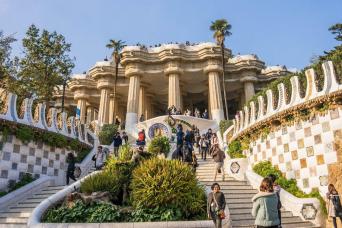 Spend the morning at Montserrat Mountain on this tour from Barcelona. Visit The Basilica de Montserrat, taste 4 liquors made by the monks, and more! 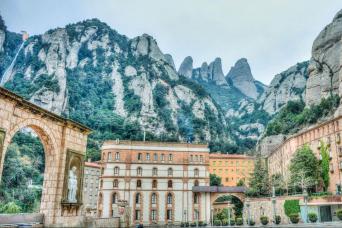 This day trip from Barcelona will take you to the massive Montserrat Mountain, the renowned Torres Wine Cellars, and to the wonderful city of Sitges 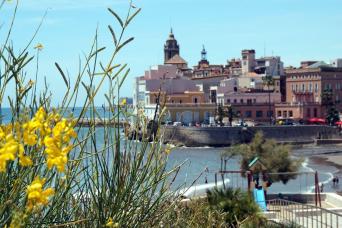 This city tour of Barcelona will take you to to see Casa Batlló, Las Ramblas, and more. A ride and entrance to Parc de Montjuïc is included! 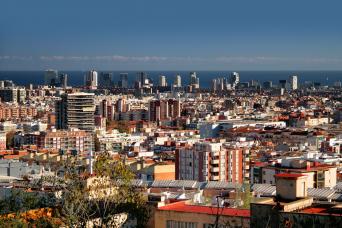 The medieval city of Girona has one of the best preserved Jewish quarters in all of Europe, and is a filming location for Game of Thrones 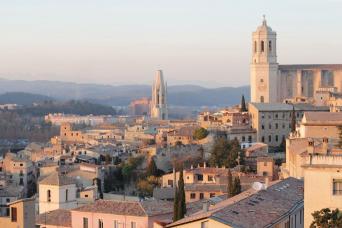 On this full-day guided tour of Barcelona, see all the city has to offer. From the Sagrada Familia, Park Güell, and the Olympic Stadium 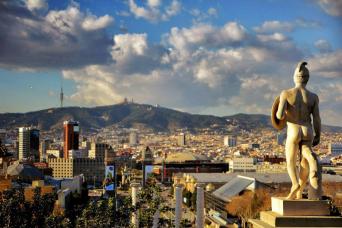 Entrance tickets to The Sagrada Familia and Park Güell are included on this Gaudi tour of Barcelona. See the beauty of his artistic style come to life 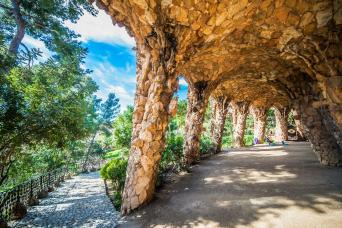 Enjoy two different sides of Barcelona in the same day. Explore both Montserrat and Gaudi's artistic creations on this guided combo tour in Barcelona 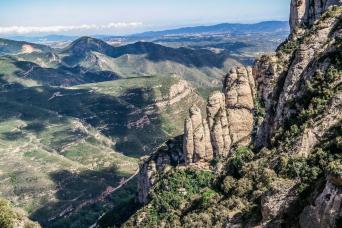