City tours and fun things to do in Halifax

Halifax, the capital city of Nova Scotia, combines the modern with the historic to form a fascinating metropolis. The city, a major maritime center since the 18th century, offers sweeping ocean views, historic buildings, delicious and varied seafood restaurants and modern events, such as the Atlantic Fringe Festival and the Atlantic Film Festival.

There are so many fun things to do in Halifax. Halifax offers something for every age group and interest. Popular Halifax attractions include the iconic Peggy's Cove Lighthouse, the Maritime Museum of the Atlantic, the historic waterfront boardwalk, Halifax Public Gardens and the Titanic Cemetery (also known as Fairview Lawn Cemetery), where more than 100 victims of the RMS Titanic disaster are buried.

Day trips from Halifax are well worth looking into for a change of pace and a bit of adventure. For example, you can travel along the rugged Atlantic coast to picturesque Mahone Bay and the charming, 19th century town of Lunenburg, an UNESCO World Heritage Site.

Whether you're visiting Halifax for the first time or if you've been to Nova Scotia a dozen times, there's always something new and fun to discover there.

Deciding on what Halifax attractions you want to spend your time and money on can be a challenge. One way to get the most from your visit is to take an organized sightseeing tour. When you take a tour, you don't have to worry about parking, directions or having the right currency for the admission fee. We take care of all those details for you.

Gray Line Halifax offers a number of excellent sightseeing tours to help you best enjoy the attractions in and around the city. You can get your bearings by taking a Halifax Highlights tour, led by a kilted guide. This one-hour tour includes all of the city's top attractions, such as Citadel Hill and Spring Garden Road. It's an easy way to decide which sights you want to return to for a more in-depth visit. In addition to the highlights tour, we offer a sunset sailing tour, a tour about the city's Titanic connections and a tour of nearby Mahone Bay and the town of Lunenburg.

One of the most convenient Halifax sightseeing tours is Gray Line Tour's Hop-On Hop-Off Halifax bus tour. This one-day Big Pink Bus Tour features 15 stops at all of the major attractions, such as the Canadian Museum of Immigration at Pier 21, the Museum of Natural History, downtown Halifax and the Art Gallery of Nova Scotia. You travel in style on a festive, pink, double-decker bus with recorded commentary in English. You can get off the bus as many times as you like and spend as long as you want to at each attraction.

Gray Line Halifax has excelled at putting together sightseeing tours since 1994.

On this excursion from Halifax, head to Peggy's Cove for unique views of Nova Scotia's unique coastline and to learn about the history and culture! 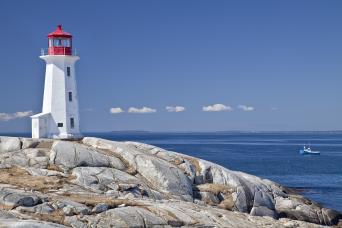 The charming South Shore is filled with the history of fishing, boat building, and rum running 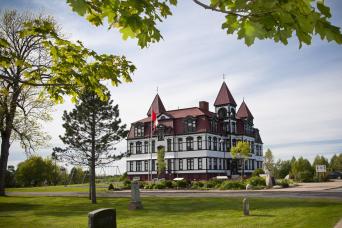 A fun-filled amphibious adventure for all ages! 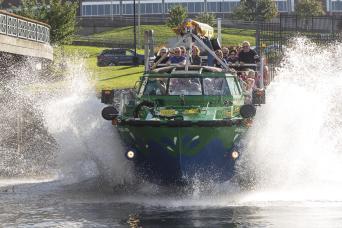 Haul on lines with the crew, set sails, or steer from the helm 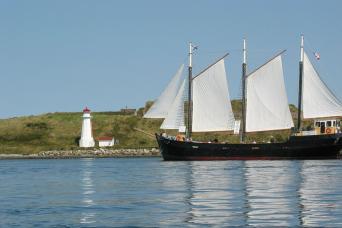