City tours and fun things to do in Minneapolis, Minnesota

Seasonal tours such as holiday lights from Minneapolis, Minnesota

Minneapolis may have a reputation for brutal winters, but in terms of welcoming visitors, there are few places that get any warmer. On top of being friendly (what is often called Minnesota Nice), Minneapolis and St. Paul are two of the “greenest” cities in America—not only because of the cities’ efforts to reduce their carbon footprints, but also because of their numerous green-spaces. Some of the biggest Minneapolis attractions embrace and celebrate the outdoors, such as Fort Snelling State Park, the Stone Arch Bridge, Minnehaha Falls and the Walker Sculpture Garden.

Though Minneapolis is known for being hospitable, and the people very polite, the city is far from boring. It is also far more than just the big city close to the Mall of America. Minneapolis has become renowned for its cultural attractions, nightlife and culinary scene. Though the Midwest may not be known for serving up gourmet food, the City of Lakes is doing its best to combat that stereotype. Beyond the scores of gourmet and locavore restaurants popping up throughout the Twin Cities, there is also a thriving CSA culture in the area, as well as dozens of farmers markets. The Twin Cities are also known for their eccentric bars, and any Minneapolis city tour demands at least a few stops in some of the city’s many watering holes in order to sample some of the unique beers that these bars have on tap. This may be one the most fun things to do in Minneapolis, as many Minneapolis bars have extensive tap lists that feature delicious craft beers from states like Michigan and Wisconsin, as well as more local breweries such as 612 Brew, Dangerous Man and St. Paul’s Summit Brewing. Minneapolis is also home to highly esteemed traditional museums, such as the Minneapolis Institute of Arts and the Weisman Art Museum, which was designed by one of the world’s preeminent architects, Frank Gehry. The city is also a great place to see some less orthodox museums. Two of the most popular are the Mill City Museum, which was once the world’s largest flourmill and now looks as if it was torn from the pages of Gravity’s Rainbow, and the Somali Artifact & Cultural Museum, which is located in Minneapolis because the city is home to the largest Somali population in North America.

There are dozens of day trips from Minneapolis, no matter the season. The Chain of Lakes are easily accessible any time of year and offer a wide variety of recreational activities. Another popular Minneapolis day trip is to the idyllic town of Stillwater, which is situated on the banks of the St Croix River. If you're looking for a more pristine landscape, you can also travel a few hours north to Itasca State Park, the oldest state park in Minnesota and the site where the mighty Mississippi River begins its 2,552-mile journey.

Gray Line Minneapolis tours include the most culturally and historically significant landmarks in Minneapolis and St. Paul. Our guided tour of the Twin Cities will show you not only such well known attractions as Nicollet Mall, the Walker Art Center, Target Field and Guthrie Theater, but also the elegant Victorian mansions of Summit Ave in St. Paul and, come winter, the Minneapolis Holiday Lights tour, which will pass through the cheeriest streets and parks in the metropolitan area.

Gray Line Minneapolis has been providing the Twin Cities with a laundry list of services for over 70 years, from Minneapolis airport transportation to intensive tours of the Twin Cities' best restaurants, wineries and breweries. It is our honor to introduce visitors from around the world to the most beautiful and unique state in the nation: Minnesota.

See the best sights of the Twin Cities during this award winning tour. Stops include the Minnehaha Falls and Guthrie Theater 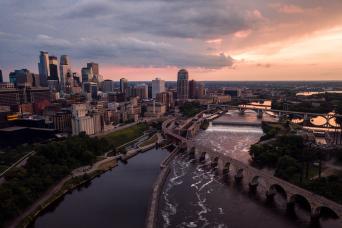 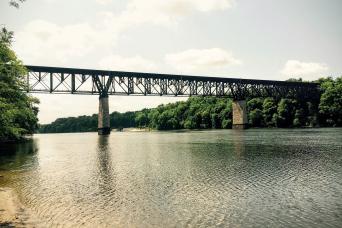 Explore Minneapolis and the Mississippi River on this interactive motorcoach tour 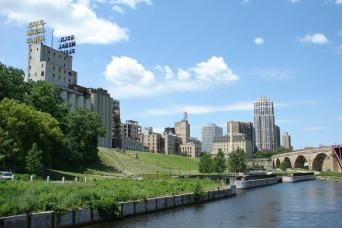 Enjoy a day in the beautiful port town of Duluth, Minnesota! 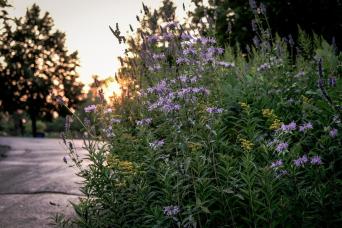 Red Wing is one of Minnesota’s more hidden gems. Perfect scenery for enjoying the fall colors Come aboard our motorcoach for a deluxe 2.5-hour tour of Minnesota’s spectacular holiday lights 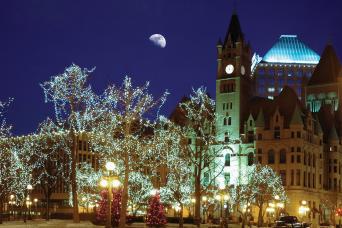