Munich, located in southern Germany, just north of the Bavarian Alps, is the capital of Bavaria and the third largest city in Germany. The city is most famous for its annual Oktoberfest Marienplatz, but the city offers much more than just beer. The city is home to several important art galleries, excellent examples of both modern and traditional German architecture, and sweeping green spaces like the Olympiapark, site of the 1972 Munich Olympics.

Munich offers so much to see and do that you won't know where to begin. Top attractions in Munich include the Bavarian National Museum, the Max-Joseph-Platz and the nearby opera house, Nymphenburg Palace and, of course, the famous glockenspiele.

Whether you're in Munich for a day or a week, the city offers plenty of fascinating, historic and tasty things to see and do.

Getting your bearings in Munich can be a challenge, whether you're visiting for the first time or whether you've been to the city a dozen times. One of the easiest ways to see the sights is by taking a general city sightseeing tour. That way you'll be sure not to miss anything and you can return to those attractions that particularly interest you.

Gray Line Munich offers a full menu of  Munich sightseeing tours. There's a Munich beer tour, a Munich nightlife tour and even a Munich Under the Third Reich and German Resistance tour. There are also plenty of tours from Munich to sights in southern Germany and northern Austria. It's just a short distance from Munich to Neuschwanstein Castle, a must-see for any visitor to Bavaria.

One of the most convenient sightseeing tours is the Munich Hop-On Hop-Off bus tour. This one-day tour features seven stops near major attractions, such as Odeonsplatz, Karlsplatz and Alte Pinakothek (the art museum.) You travel in style on a double-decker bus with recorded commentary in English. You can get off the bus as many times as you like within the 24-hour period and spend as long as you want to at each attraction. There's even Wi-Fi on the bus.

With more than a century's experience hosting quality sightseeing tours, Gray Line Tours is one of the most respected names in worldwide travel. Our local operator has been in business even longer than we have and has a stellar reputation all of its own. Together, our two companies combine the best of global and local resources to give you the best sightseeing tours possible.

Step aboard one of our coaches to discover the magic of Neuschwanstein Castle, created by King Ludwig II, and inspired the Disney dream castles 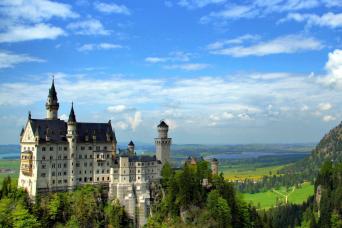 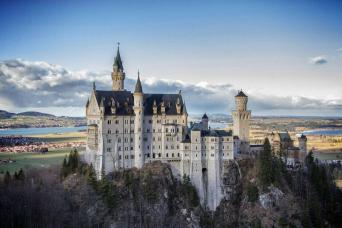 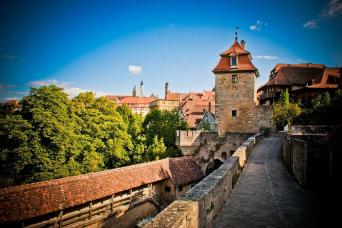 Create your best Munich tour itinerary! Relax on the bus and enjoy the best views of Munich from above, or get off and make your own walking tour 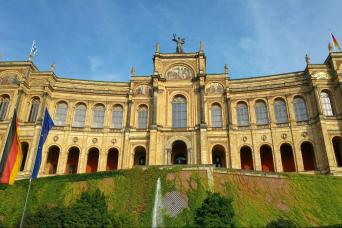 Explore Salzburg, take a boat ride across Lake Wolfgangsee, see the famous filming location of "The Sound of Music" and the home of Mozart 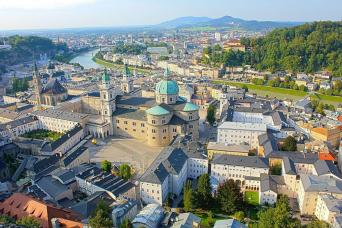 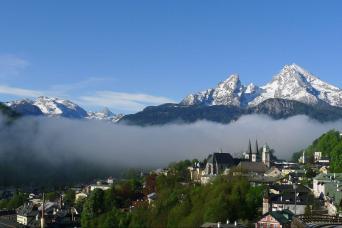 The Lufthansa Airport Bus is a quick, inexpensive and comfortable way to get from the airport to the city 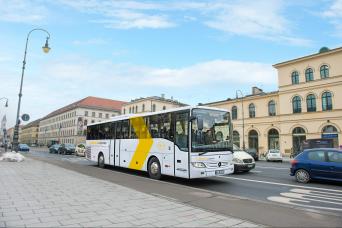 See the 7 main attractions of Munich with this 1 day hop-on hop-off such as Karlsplatz and Odeonsplatz. Perfect for those on a time crunch! 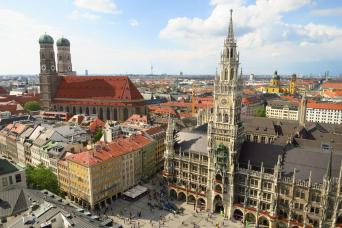 Take 2 days on this hop-on hop-off tour of Munich to visit 12 different stops around the city such as Odeonsplatz, the Olympic Village, and Karlsplatz 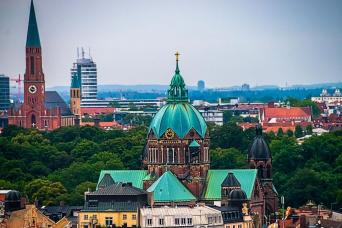