City tours and fun things to do in Ottawa

Ottawa is the fourth largest metropolitan area in and capital of Canada. The city is among the richest in the nation with regards to cultural institutions, such as museums—the most famous of which include the National Aviation Museum, the Canadian Museum of Nature, the National Gallery of Canada and the Canadian Museum of Civilization—and Gothic revival architecture. One of the crowning achievements of the latter can be found at Parliament Hill, which is home to the Parliament of Canada. The nearby Peace Tower is yet another architectural gem and mainstay of any Ottawa tour. Ottawa is also home to several institutions of higher learning. In fact, Ottawa can boast of having more residents with PhDs per capita than any other city in Canada.

Ottawa is not all museums and universities, however. Some of the biggest attractions in Ottawa concern seasonal festivals, such as Winterlude—which is the largest festival in Canada—and the Ottawa Tulip Festival, which, in a tie with Custer, South Dakota’s Buffalo Roundup and Arts Festival, was named the “Top Event of the Year” for 2015 by the American Bus Association. The tulips wind through Lower Town and the center of the city, as well as several neighborhoods that are entirely devoid of chain shops. This may seem a little odd, but, to even the surprise of Ottawans, the city has recently gained something of a reputation for being hipper than you might think. This newfound Indie spirit is particularly discernible in neighborhoods like Hintonburg, Westboro Village and the Glebe, which is just south of Centretown. The Glebe, in particular, has become home to dozens of quirky restaurants, bars and shops without succumbing to the pretentiousness that so often accompanies any cosmopolitan neighborhood. There is no doubt that some of the most fun things to do in Ottawa are taking place in this picturesque community by the Rideau Canal.

There are dozens of day trips that you can take from Ottawa. One of the easiest is to cross the Ottawa River into the Quebec, the province in Canada with the largest portion of French speaking residents. Situated in the Gatineau Hills just a few miles north of the river is Gatineau Park, which has an area of 139 square miles, and offers a myriad of outdoor activities, such as hiking, mountain biking, climbing, swimming and, come winter, ice skating and cross-country skiing. Montreal is also quite close.

Gray Line Ottawa tours the city in one of two forms of transportation. The first is turn-of-the-century trolley; the second is a London-style double-decker bus. No matter the means of conveyance, you will be afforded the chance to see the most important Ottawa attractions, such as Rideau Hall, the National War Memorial and Byward Market, the oldest continually operating farmers’ market in Canada. As you enjoy the best in Ottawa sightseeing, you will also have the liberty to leave the (bilingual) guided tour should one of Ottawa's many landmarks or interesting neighborhoods intrigue you. This is the beauty of our Ottawa Hop-On, Hop-Off tour: it allows you the liberty to complete the guided tour at your leisure, and to fully immerse yourself in the sights that interest you the most.

As there are so many interesting things going on in Ottawa, you may feel compelled to hop off a bit more often than you might think!

Discover the capital by hopping aboard one of our open top double deckers for a one-day guided city tour for fun, educational and historical tour 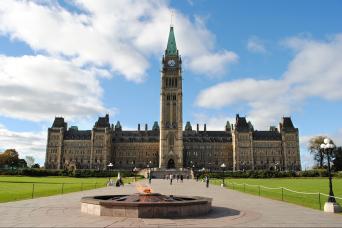 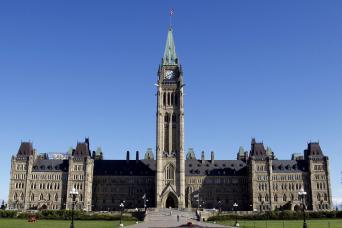 Hop aboard one of our open top Double Decker for a 90-minute guided city tour for fun, educational and historical tour 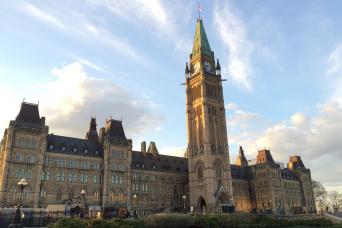