Airport Transportation to and from Prague

Prague is considered to be one of the jewels of Europe. It is the capital and largest city in the Czech Republic, and has been one of the most important cultural centers on the continent for at least a thousand years. Prague sightseeing reveals hundreds of years of history, often times along the same city block. Some of the most iconic Prague attractions are the Estates Theater, the National Theater and the Charles Bridge. Prague tours are not merely about spotting famous landmarks and seeing beautiful architecture, however. A Prague city tour is more about enjoying the history and wealth of culture the city is so wont to afford visitors and locals alike. There is a good reason why it has served as the home of numerous famous politicians, religious figures and artists, such as Mozart, Kafka and Jaroslav Seifert, recipient of the 1984 Nobel Prize for Literature.

Prague is also known for its legendary nightlife. Zizkov, a neighborhood to the east of the city’s center, is even said to have the most bars per capita in Europe. It’s no wonder that some of the top things to do in Prague are to visit their many pubs and beer gardens in order to enjoy what is considered to be some of the best beer in the world. The Czechs are particularly fond of pilsners, which are lighter and more refreshing than beers from other regions in the world. Prague attractions also include a thriving arts scene, a myriad of unique bistros and restaurants and a revitalization effort in some of the historically industrial parts of the city such as Letná and Holeìovice. While Prague is most certainly a beautiful city to explore throughout the day, one could argue that Prague by night is far more interesting.

There are several day trips from Prague. One of the most popular is Cesky Krumlov, a UNESCO World Heritage Site. This small Central European town was awarded such an honor because of how well it has been preserved over the years. Built around a 13th-century castle, the town maintains a rich combination of Gothic, Renaissance and Baroque architecture. Karlovy Vary is another popular day trip from Prague. It is the most famous and frequently visited spa town in the Czech Republic.

Gray Line Prague offers a myriad of Prague city tours that include examinations of some of the more unique aspects of the city. We offer multiple tours that will explore some of the most important landmarks within Jewish Prague, as well as Prague river cruises that will allow you to get a view of Prague from the Vltava River. For those who are interested in a less traditional and perhaps more spooky view of the city, we also offer a Prague ghost tour. More than merely visiting a few sights that are said to be haunted, this tour will allow you to learn of several eerie tales and legends from Prague's history that many longtime residents of the city may not even know.

Gray Line Prague also offers scores of day trips to such notable places as Karlstejn Castle (the most famous castle in the Czech Republic), Cesky Krumlov and Kutna Hora, a small, picturesque town dating back to the 12th century. We also offer trips to Karlovy Vary and Marianske Lazne, two of the Czech Republic's most famous spas. On top of being home to famous springs and mineral waters, these two sites are renowned for their picturesque architecture and landscapes.

Gray Line Prague has been serving the Czech capital for over 20 years. We offer a wide variety of services, from Prague airport transfers to river cruises, as well as trips up to such Czech attractions as Konopiste Chateau. No matter where you want to go in either Prague or the Czech Republic, we'll take you there!

See one of the largest castles in the world, The Prague Castle, and cruise on the Vlatva River after lunch on this city tour of Prague 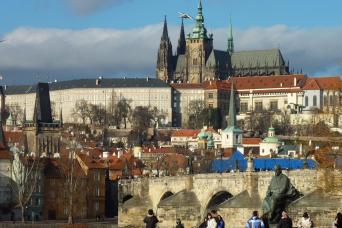 Enjoy a guided tour from Prague of the architecturally rich town and UNESCO Heritage Site of Kutna Hora, as well as the Cathedral of St. Barbara 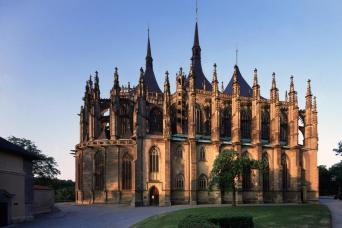 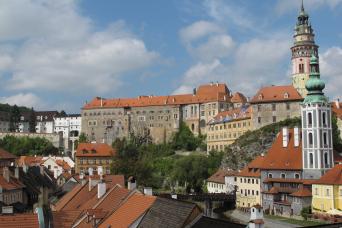 Get two tours in one package from Prague. This includes a trip to see the beer brewing in the town of Pilsen and the famous Nizbor glass factory 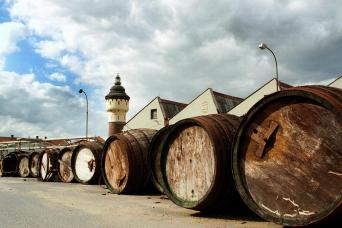 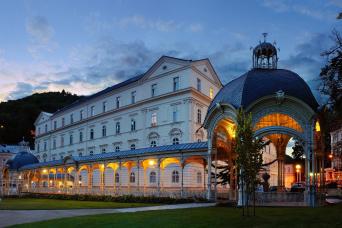 Enjoy a tour of the largest and most renowned Czech Spa, Karlovy Vary with Lunch 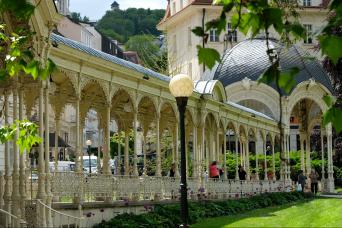 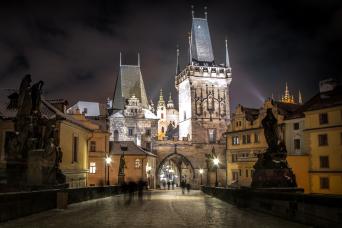 Take in the timeless beauty of Prague and it's illuminated landmarks on this night tour. Sights include: Charles Bridge, Prague Castle, and much more 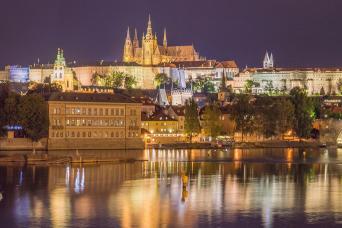 This is for the traveller who wants a more in-depth trip of Prague. This tour will take you inside the hallways of the famous Prague Castle 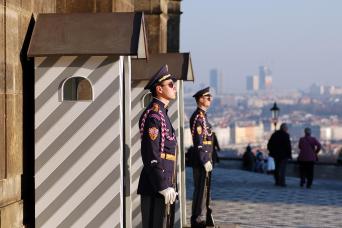