Explore the Golden Circle from Reykjavik

Trips to the Blue Lagoon from Reykjavik

Transportation from Reykjavik to surrounding areas and airports

Reykjavik is the capital of and largest city in Iceland. It is also the world’s northernmost national capital, not to mention one of the safest, cleanest, and “greenest” cities in the world. Yet another reason so many people are drawn to Iceland is that, despite its latitude, the climate is relatively clement due to the warm waters of the Gulf Stream.

Some of the most important attractions in Reykjavik include the Alþingishúsið (The Parliament House); Hallgrímskirkja, the largest church in Iceland; and the Culture House. Some of the most popular things to do in Reykjavik concern the city’s fantastic nightlife. After all, you're going to have to learn how to appreciate the dark if you live in Iceland, as this is the land of the midnight sun. It is not uncommon for Icelanders to wait until after midnight to hit the bars, many of which are on or just off of Reykjavik’s main street, Laugavegur.

While the city of Reykjavik is regarded as one of the best cities in Europe for nightlife, particularly on New Year's Eve, some of the most popular things to do in Iceland are to take day trips from Reykjavik. Iceland’s terrain and geology are unlike anywhere else in the world. While other cities may boast of skyscrapers and cathedrals, from Reykjavik you can get to dozens of the world’s most unique parks, natural monuments and national parks in just a matter of hours. Some of the best Iceland excursions include stops at the Blue Lagoon, a geothermal spa with water temperatures that range from 98-102 °F and one of Iceland’s most visited destinations; Gullfoss Waterfall; Nesjavellir Geothermal Power Station; and Þingvellir National Park, which is of extreme importance to Icelanders for cultural and geological reasons. One of the most famous attractions in Þingvellir is the Slfra Fissure, which is located beneath the breathtaking and sapphire waters of Þingvallavatn Lake. Silfra scuba diving is particularly popular. This is for two reasons. The first is because Silfra is a crack between the North American and Eurasian tectonic plates. This means that you can literally swim, snorkel or dive directly above where these two continents meet. The second is that Þingvallavatn Lake is comprised of melted glaciers, and that, consequently, it has some of the clearest waters in the world.

While one can enjoy any of these Reykjavik excursions any time of year, it is best to come when there's plenty of light. Then again, enjoying a soak in one of Iceland's many geothermal springs while witnessing Aurora Borealis may be even more amazing.

Gray Line Reykjavik provides some of the best Iceland tours and Reykjavik tours available. Though we are based within the Icelandic capital, most of the best sites to explore in Iceland are outside of Reykjavik. Some of our most popular tours do not just show you Iceland glaciers or amazing sites like Snaefellsnes National Park. We also provide activities, whether it's whale watching, Silfra snorkeling, whitewater rafting or allowing you the once-in-a-lifetime chance to go Icelandic horseback riding through Þingvellir. Our Golden Circle tours are our most popular attractions, as this route allows you the opportunity to see three of the most amazing sits in southern Iceland: Þingvellir, the Gullfloss (“golden falls”) and the valley of Haukadalur, a geothermal site that is home to one of the Iceland’s most famous geysers, Stokkur. We even offer services through the winter, most notably our Northern Lights tours.

Gray Line Reykjavik has been providing tours of Iceland and Reykjavik for more than 25 years. Whether you simply need a Reykjavik airport transfer or want to fully immerse yourself in the Icelandic landscape, you can depend on us for a congenial, professional and fun tour of the most unique and beautiful country in the world—Iceland!

Blue Lagoon from Reykjavik with admission

Relax and recharge in the soothing, milky blue waters of the Blue Lagoon and experience all that Iceland’s most famous attraction has to offer 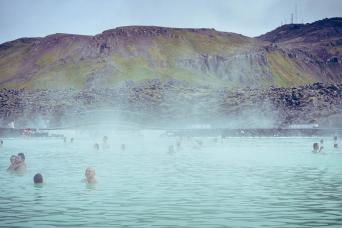 Discover Iceland’s most iconic natural sites on the Golden Circle tour, followed by a relaxing soak in the geothermal waters of the Secret Lagoon 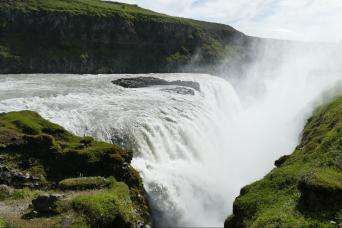 This tour showcases Iceland's diverse array of scenery as you journey to the famous Skogafoss waterfall, glaciers, volcanoes, and black sand beaches 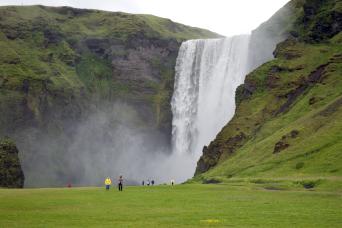 In this tour, you will explore the famous the diverse landscapes of the South Iceland coast and the picturesque Jökulsárlón Glacier Lagoon 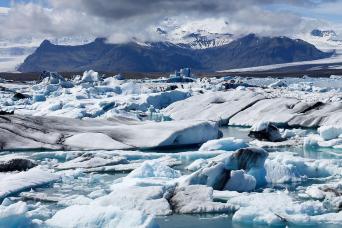 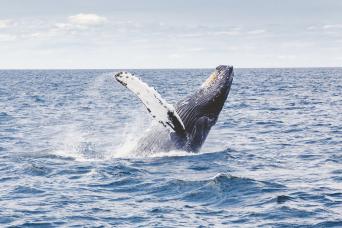 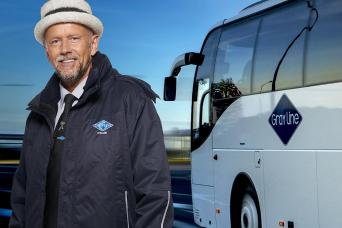 Reykjavik to Keflavik Airport with Hotel Pick Up 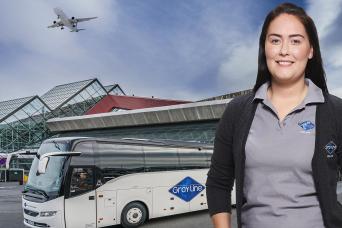 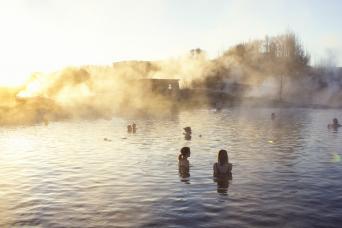 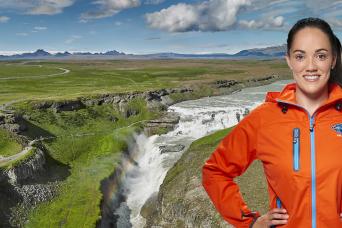