City tours and fun things to do in Salzburg, Austria

Explore the setting for the classic film The Sound of Music

Transportation to and from Salzburg, Austria

Salzburg is one of the most culturally important cities in all of Austria, if not all of Central Europe. There is far more to the city than its legacy of being the home of the famous composer, Wolfgang Amadeus Mozart. While it may be alive with the sound of music, it is also renowned for its baroque architecture and breathtaking, alpine landscape, as well as its unique synthesis of German and Italian cultures. Some of the most famous historical Salzburg attractions within the old city center (Altstadt), which was designated as a UNESCO World Heritage Site in 1996, include Hohensalzburg Castle, which was built in 1077; the Salzburg Cathedral; Getreidegasse, which is the main shopping street in the area; Getreidegasse 9, which is where Mozart was born and where he lived until he was 17; Mozarts Geburtshaus, the composer's residence during his time as a composer for the Prince-Archbishop of Salzburg; and the picturesque Salzach River. Not all of the top things to do in Salzburg take place in Altstadt, though. Visiting the Stiegl-Brauwelt—a brewery and museum dedicated to beer—is a favorite for tourists, but even locals enjoy eating at the adjacent beer garden during summer evenings. On the other side of the river you’ll find the Marionette Theatre, the Mozarteum Salzburg, a university that specializes in music and the arts, and Mirabell Palace, which is world-famous for its gardens. The palace is an absolute must for anyone who is a fan of the Von Trapp family, though the same could be said for the older part of the city as whole.

There is a wealth of day trips from Salzburg, the closest and most unique being the Salzburg ice caves, which are the largest ice caves in the world. These glacial masterworks, some over 20 meters tall, will both amaze and astound you. The resort region of Salzkammergut is also an ideal place to spend the day. After all, this bucolic region was where Emperor Franz Joseph I used to spend his summer holidays during his reign. You can also leave Austria behind by walking to Germany—the alpine foothills and meadows of Bavaria are just across the Saalach River. While in Germany you can see the enchanting city of Berchtesgaden and Berchtesgaden National Park, which is home to one arguably Germany's most breathtaking natural landmark: Königssee (King's Lake).

Gray Line Salzburg has a myriad of options when it comes to Salzburg tours. As one of the most sophisticated and culturally important cities in all of Europe, there are several facets of the city's history and legacy upon which you can focus. Our Mozart City tour, for example, visits some of the landmarks and streets that were so important to the composer's during his formative years, as well as his time as a prolific composer for the court of the Prince-Archbishop of Salzburg. We also offer a Sound of Music tour, which will allow you to relive all of your favorite scenes from the classic movie. One of our most popular tours, however, gives you the freedom to choose how to spend your day. Our Salzburg Hop-On, Hop-Off tour stops at 13 of the most important landmarks in Salzburg. If you see something that interests you, feel free to hop off. When you feel like continuing the guided tour, all you have to do is hop on the next bus.

Day trips abound in Salzburg, and some of the top things to do in Austria are just a few kilometers way from Salzburg. We travel to the Salzkammergut region, which is both a UNESCO World Cultural Site and one of the most idyllic landscapes in all of Europe. We also offer you the chance to explore the world-famous ice caves just outside of the city, which snake through the Austrian Alps for an astounding 42 kilometers. Our excursions are not limited to the Austrian Alps; we offer trips to cities like Vienna and Munich, as well as the opportunity to see the gorgeous German region of Bavaria.

Whether you hope to relax upon the shores of a Salzkammergut lake, walk the capacious halls of Hellbrunn Palace or stroll down the Getreidegasse, Gray Line Salzburg will help you discover the best of this Central European gem. 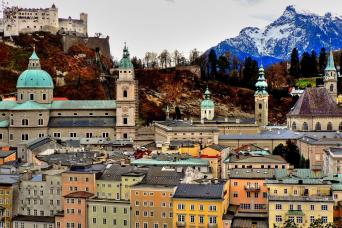 Visit the picturesque town of Berchtesgaden as well as ´King´s Lake,´ the ´prettiest lake in Germany 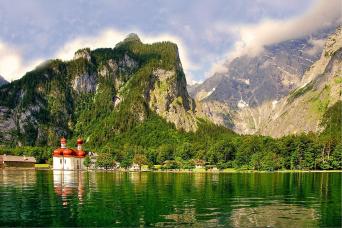 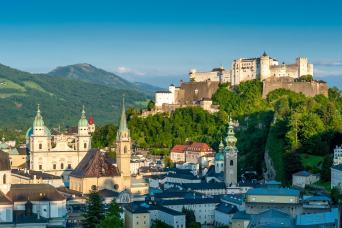 Start the journey travelling through the famous Salzkammergut (Lake district) to Hallstatt known as the “Pearl of the Salzkammergut”, 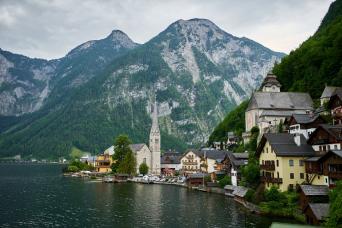 This tour is the best way to see all the important sights of both the New and Old parts of the city all within 1.5 hrs 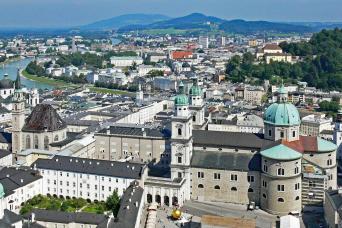 Ideal for all ages, this tour will show you the value of ´white gold´ in an adventure deep into the salt mines! 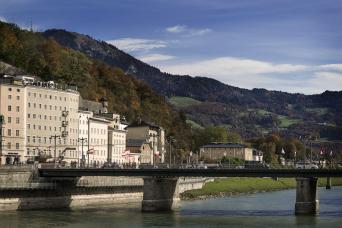 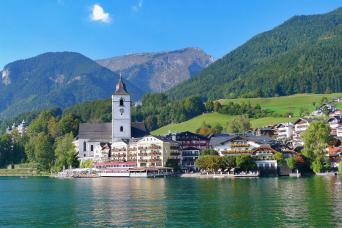 Allow us to enchant you with the “Land of Music”. Travelling through Hof and Fuschl in the Lakes region, 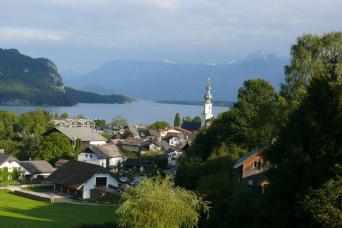 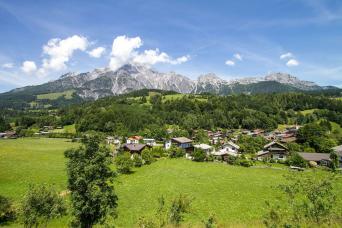