City tours and fun things to do in and around Santiago, Chile

Transportation to and from Santiago International Airport

Santiago is the largest city in and capital of Chile. On top of being a major metropolitan hub filled with historic buildings, fantastic cuisine and a modern skyline that includes the Gran Torre Santiago—a building that, at 984 feet, is the tallest structure in Latin America—the city of Santiago is situated in a picturesque and mountainous landscape in the shadow of several Andean peaks, most notably the 21,555-foot Tupungato volcano. Furthermore, one can find dozens of green-spaces, many of them situated on the banks of the Mapocho River, throughout the city. Though the Chilean capital has experienced a massive population boom in recent years, notable landmarks like San Cristobal Hill (which contains the Santiago Zoo and the iconic statue of the Virgin Mary), Forest Park and the miles of bicycle trails throughout the city remain untouched and offer pleasant, albeit brief, reprieves from the bustling city.

Some of the most popular Santiago attractions include the Museo de Bellas Artes (Fine Arts Museum), the Santiago Metropolitan Cathedral and La Plaza de Armas, which is the heart of Santiago Centro (Central Santiago). Unfortunately, many of the Spanish colonial buildings that were originally found in this area have been destroyed over the years by earthquakes, but there are still a large number of 18th and 19th century landmarks that are of extreme importance to the culture and identity of Santiago, most notably La Moneda Palace, the seat of the Chilean president. There are also several neighborhoods that are great destinations to explore while on a Santiago city tour. Providencia, which is located just to east of Santiago Centro, is one of the more upscale communities in Santiago, and is known for its shopping and restaurants. Bellavista is more bohemian than Providencia, and it is where you will find the former home of the poet Pablo Neruda, dozens of cafes, eccentric restaurants, bars, jazz clubs, discos and art galleries. If you’re looking for some of the top things to do in Santiago, in terms of nightlife, you can’t go wrong with a stop in Bellavista. Some of the other popular neighborhoods include Ñuñoa, Lastarria and Barrio Brasil, which, in many ways, is the Brooklyn of Santiago.

Day trips from Santiago can take you into the mountains or to the sea. One of the most popular Santiago excursions will take you from Santiago to Valle Nevado, which is regarded as one of the best ski resorts in Chile, if not South America. If you don’t feel like skiing, but still want to travel into the mountains within close proximity of the city, you can also visit the Colchagua Valley, which is where you will find some of Chile’s leading wineries. The Chilean coast, meanwhile, is home to towns like Vina del Mar and port cities like Valparaiso. The former has become famous for its growing community of surfers, while the historic quarter of the latter is a UNESCO World Heritage Site and a popular destination for artists on account of its bohemian atmosphere.

Gray Line Santiago offers Santiago tours that will introduce you to one of the most happening cities in South America. On top of visiting the most significant landmarks in the city, our Santiago bus tour will introduce you to the several neighborhoods around Santiago Centro that make the city so unique. We also offer bike tours of the city, as well as Santiago airport transportation that can give you a tour of the highlights of the city, such as La Moneda, the Club Hipico and La Plaza de Armas, before dropping you off at your terminal.

Some of our most popular tours are our day trips from Santiago. We offer tours of Pablo Neruda’s home, the Casa de Isla Negra, which is located in the coastal community of El Quisco, as well as trips that will allow you to explore the breathtaking and colorful towns of Vina del Mar and Valparaiso. We also travel to some of Chile’s best wine regions, such as Casablanca Valley and Colchagua Valley. We even go to the famous Concha y Toro Winery and Cousiño Macul Winery, the oldest winery in Chile.

Whether you’ve come to Chile to explore the country or the city, we can take you wherever you’re going.

Santiago Sightseeing by Night Including Dinner 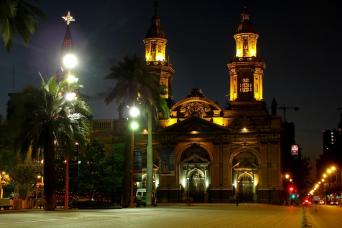 Explore the grounds of the traditional Concha y Toro Winery 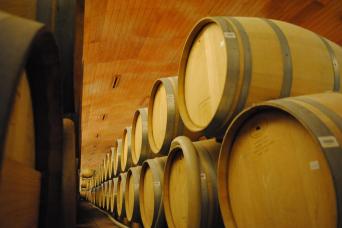 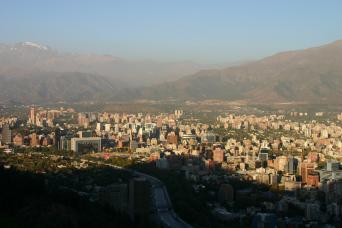 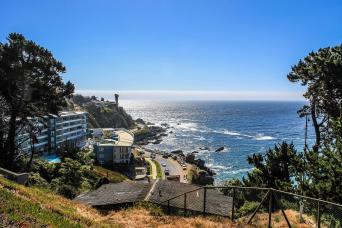 Drive from Santiago and get ready for a full day of skiing! 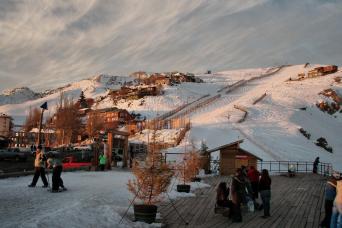