City tours and fun things to do in Vancouver, Canada

Explore Vancouver with our Hop-on and Hop-off tours

Vancouverites enjoy some of the highest quality of life on the planet. In conjunction with the city’s impressive skyline and urbane offerings of some of the continent’s best nightlife, cuisine and shopping, Vancouver also is also a major destination for outdoors recreational activities. On top of the many green-spaces within the city, which include beaches and forests, Vancouver serves as the gateway to the vast wildernesses of British Columbia, which is a premier destination for kayaking, mountain biking, snowboarding, skiing...virtually any outdoor activity that you can think of. As a consequence of this, many city dwellers wear their love for the mountain air on their sleeve.

While many of the top things to do in Vancouver involve being in the outdoors, the city is nothing to scoff at. It is the third most populous metropolitan area in Canada, as well as one of the most cosmopolitan and diverse cities in the entire world. Some of the most distinctly ethnic areas in Vancouver include Chinatown, Punjabi Market, Little Italy and Greektown, all of which are great places to shop, eat and stroll through. The center of Vancouver, however, is downtown on Robson Street, which is where you will find the skyline of the city, as well as some of Vancouver's finest upscale options for dining and shopping. While this part of Vancouver is not to be missed, Vancouver sightseeing is all about exploring other neighborhoods. This is where one comes to understand why the city is so beloved by those who live here. The two neighborhoods that get the most attention are Kitsilano and Gastown. The former shares many features with California with regards to its numerous vegetarian and vegan restaurants, as well as its more laidback atmosphere. The latter is the historical center of Vancouver, and home to dozens of Vancouver attractions. Its cobblestone streets and thriving nightlife scene have recently been attracting as many tech startups as tourists. While Gastown is more urban, Kitsilano is closer to the University of British Columbia and some of the best green-spaces in the city, such as Pacific Spirit Regional Park, Granville Island and Stanley Park (which looks out to both Vancouver Harbor and English Bay and has been called the 'The Best Park in the World'). Just north of Stanley Park is the iconic Lions Gate Bridge, which leads to North Vancouver and such notable sites as the Capilano Suspension Bridge.

There are several day trips from Vancouver. Some of the most common excursions lead out to the Coastal Mountains. Home to the largest remaining temperate rainforest in the world, this part of British Columbia begs to be explored. Some of the most popular destinations include Vancouver Island, Whistler and Broughton Archipelago Marine Provincial Park.

Gray Line Vancouver travels to all of the most important attractions in Vancouver. We offer Vancouver bus tours that give you the chance to see all of the landmarks in the city both from the street and from the towering Vancouver Lookout, which stands at an astounding 180 meters. Our most popular option, however, is our Hop-On Hop-Off Vancouver tour, which gives you a comprehensive tour of the city, as well as the liberty to focus on the parts of the city that you find most interesting. If one of the 20 stops on the Hop-On Hop-Off tour intrigues you, feel free to hop off. Whenever you feel like hopping back on, just return to the stop. It's that easy.

Gray Line Vancouver also offers several day trips into British Columbia. One of our most popular trips in the summer and spring travels from Vancouver to Butchart Gardens in Victoria. Another popular destination is Whistler. Though you may think of Whistler as the Mecca of Canadian winter sports, it is a great place to visit during any season. With four championship golf courses, tons of shopping and some of the best nightlife in Canada, it's no wonder why!

Established in 1984, Gray Line Vancouver is proudly Canadian owned and operated. It is our mission to reveal the wonders of Canada's west coast with our British Columbia and Vancouver tours, and to always go the extra mile to make sure that every minute of your stay in Vancouver is all that it can be. 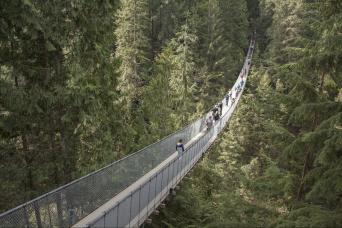 Cruise aboard ferries to see the countryside of Victoria lit up for the holidays, then see 55 acres of the Butchart Gardens full of Christmas spirit! 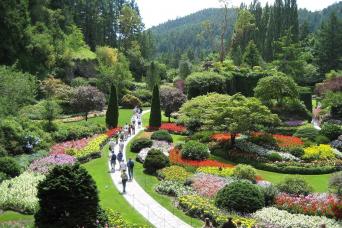 Cruise aboard ferries through the Juan de Fuca Straight, then see 55 acres of the Butchart Gardens for a beautiful sightseeing tour of Victoria 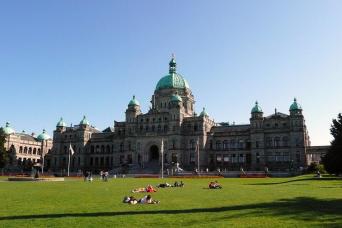 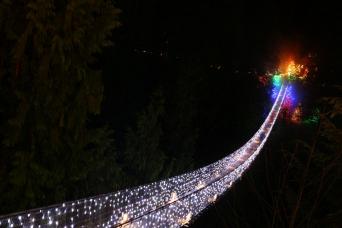 What does your perfect Vancouver day look like? With our Hop-On, Hop-Off tour route, you get to decide! 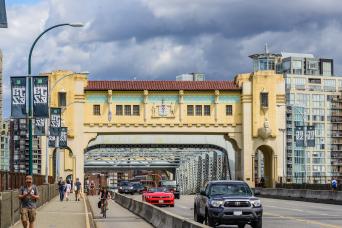 Explore the awe-inspiring scenery on the Sea to Sky Highway. The day is filled with incredible sights around every corner complete with fun stops alo 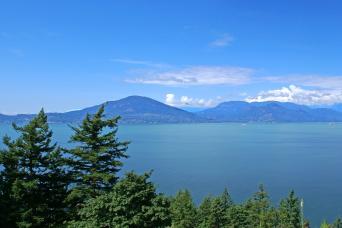 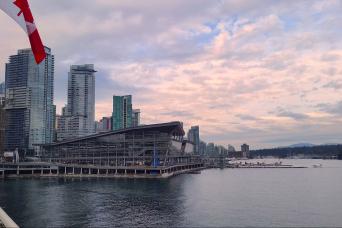 Explore Vancouver as the sun goes down! 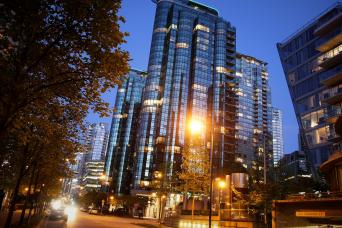 This tour in Vancouver takes you through the city to see sights like the Lions Gate Bridge and Downtown, plus to the Capilano Suspension Bridge Park! 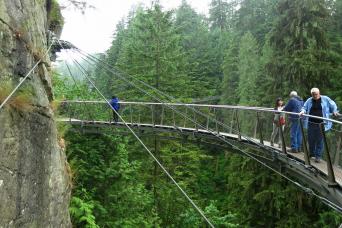