City tours and fun things to do in and around Vienna

Day trips to from Vienna, Austria

Transportation to and from Vienna, Austria

Vienna is the capital of and largest city in Austria. With more than 1.75 million residents within its limits, it is the 7th largest city within the European Union. Vienna has a long and storied history. It was the capital of the Austro-Hungarian Empire, which was one of the most powerful states in the 19th century. The city has also been a major hub for the arts and sciences. Sigmund Freud called Vienna home, as did the celebrated modernist writer Robert Musil. The city is particularly well known for being home to some of the classical music’s most celebrated luminaries, such as Gustav Mahler, Wolfgang Amadeus Mozart, Joseph Haydn and Ludwig van Beethoven.

Suffice to say, the pantheon of geniuses that have lived in Vienna over the years is rather crowded. The same can be said of the streets with regard to iconic landmarks and Vienna attractions. The center of the city was designated as a UNESCO World Heritage Site due to the area’s rich architectural features. Based around a medieval core, the area flourished in the 18th, 19th and early 20th centuries, as the city grew from a prosperous Baroque city into a vibrant imperial center, which continues to be one of the most impressive parts of Vienna to this day. It is here that one finds the most important destination while Vienna sightseeing: the Ringstrasse, a circular boulevard that was created during the 1850s and 1860s, and around which many of the most significant structures from the 19th century were erected. All Vienna tours traverse the Ringstrasse: It is home to some of the most ornate buildings in the city, such as the National Theater, the Weiner Staatsoper (State Opera) and the Kunsthistorisches Museum, which holds some of the most precious pieces of art in all of Austria; it encircles the historic center of the city, which contains the Imperial Palace, St. Stephen's Cathedral and Albertina; and it is adjacent to some of the most impressive green-spaces that Vienna has to offer, such as the Burggarten and Volksgarten.

Vienna is not all “high culture”. Some of the top things to do in Vienna are far more epicurean, and include enjoying one of the city's many beer gardens, a Sachertorte (one of the most delectable cakes on Earth) at a coffee house or a glass of Gemischeter Satz at a Viennese wine tavern. From mouth watering pastries and schnitzels to wine that is actually grown within the city limits of Vienna, there are few cities with a prouder culinary tradition.

There are dozens of day trips from Vienna. You can take a Danube River cruise, a Budapest tour from Vienna, or even make it from Vienna to Prague and back within a day. Some of the top things to do in Austria also include heading into the countryside to explore the Vienna Woods, a beautiful area brimming with historical sites dating all the way back to the Roman Empire.

Gray Line Vienna offers a wide variety of tours throughout the Imperial City. Our Vienna Hop-On Hop-Off bus tour is incredibly popular because it is a comprehensive tour that affords you the liberty to focus on the sights that are most interesting to you. If something calls to you, feel free to hop off the bus. Once you're done exploring, feel free to hop back on the next one. It's that easy! Some of our other popular city tours include the Schonbrunn Palace tour and our Vienna night cruise, which takes you down one of the most famous rivers in the world, the Danube.

We also offer a myriad of Vienna day trips, which include excursions from Vienna to Bratislava, Prague, Budapest and Salzburg; voyages up the picturesque Danube Valley; and tours through the idyllic Austrian countryside.

Gray Line Vienna has been serving Wien for over 20 years. It is our goal to present only the most beautiful and awe-inspiring sights of the Imperial City, as well as the most bucolic landscapes in Central Europe, with the kind of professionalism and knowledge that can only be possessed by an industry leader.

Join us on a tour to Salzkammergut, known for its crystal-clear lakes and majestic mountains and take a walk through 7000-year-old Hallstatt 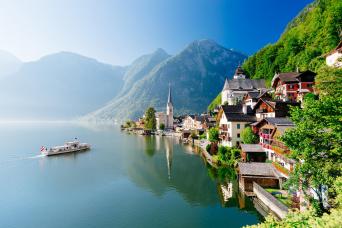 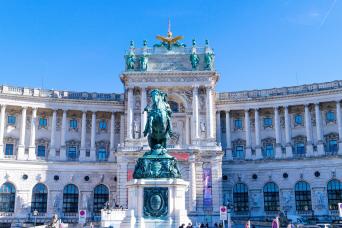 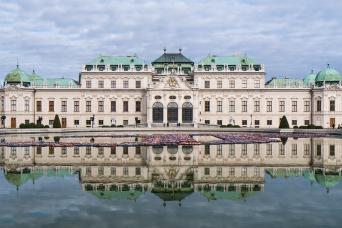 Discover Vienna’s many sides with the Royal Ticket: Includes 48-hour hop-on hop-off bus tour and a choice of Ring Tram and Night Tour 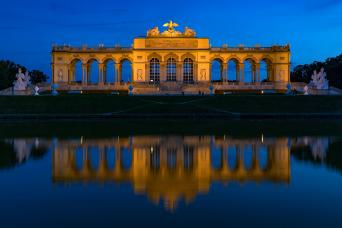 Enjoy a city tour along the famous Ringstrasse, see the most important sights of Vienna and visit the Schönbrunn Palace with a licensed tour guide 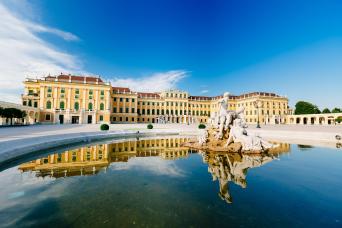 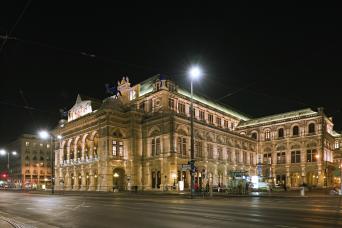 Bratislava: Day Trip from Vienna by Bus and Boat 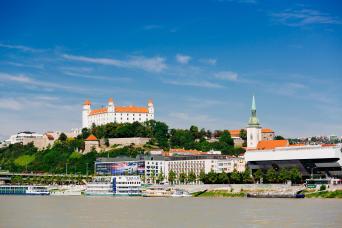 This day trip takes you from Vienna to the Wachau, a picturesque valley along the Danube, known for its excellent wine 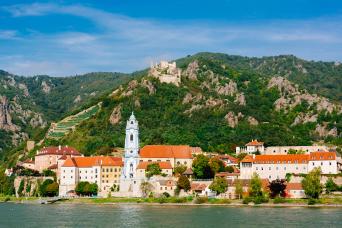 Day Trip to Salzburg from Vienna

Follow in the foodsteps of Wolfang Amadeus Mozart & the Trapp family. This tour takes you to Salzburg, where you will visit the most popular sights 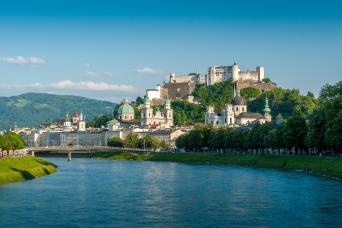