City tours and fun things to do in Zurich

Zurich is the largest city in Switzerland, as well as one of the most progressive and culturally diverse cities in Europe. Zurich is also one of Europe’s leading centers for international banking and finance. Consequently, the city enjoys a very high standard of living, which is something that you will more than likely notice while taking a Zurich city tour. The main street in the city’s downtown is Bahnhofstrasse, which has become one of the most popular Zurich attractions, not to mention one of the most expensive streets in Europe. One of the top things to do in Zurich is to shop (or window shop) this beautiful strip. Zurich’s boon is not only financial, however. In 2013, after taking and studying the results of several surveys, the European Commission published a paper placing Zurich at the top of the list for quality of life among 78 other cities that took part in the survey.

This did not come as much of a surprise to anyone who has spent more than a few hours in Zurich. Zurich is home to such famous landmarks as Grossmunster, the city’s oldest church, which dates back to at least 1100 (though some say the church was actually commissioned by Charlemagne approximately 1,200 years ago); Kunsthaus Zurich, a museum that holds one of Europe’s most comprehensive collections of Modern Art; and Uetliberg, which, at 2,667 feet above sea level, offers some of the best views of Zurich available. The city also boasts one of Europe's finest opera houses, as well some of the most important theaters in the German-speaking world. While these are destinations to keep in mind while out Zurich sightseeing, the city is so frequently regarded as one of the best places in the world to live because of its location on the picturesque Lake Zurich and at the base of the Swiss Alps, not to mention the more urbane recreational activities that the city has to offer. As Zurich has become increasingly integral to the world of international finance, it has started to attract a large number of young foreign nationals, which, in turn, has led to surge in the number of bars, restaurants and dance clubs in the city, particularly in the Langstrasse, which is just a short walk from the cobblestone streets of the old city. The nightlife in Zurich is most certainly one of its biggest draws.

There are hundreds of day trips from Zurich, whether you are hoping to travel to Interlaken—the gateway to the Bernese Oberland—to hike through one of the most breathtaking landscapes in Europe; to ascend Jungfrau Mountain Switzerland, either by taking the Jungfrau railway or on foot; or to visit one of the many skiing villages or resort towns with access to the slops of the Bernese Alps, such as Grindelwald.

Gray Line Zurich offers several Zurich tours. We explore such notable streets as Bahnhofstrasse, Limmatquai and Niederdorf, a picturesque promenade in Zurich's old town, on our guided tour, and reveal the history behind dozens of landmarks throughout the city.

Gray Line Zurich also offers numerous Zurich day trips that will introduce you to some of the top things to do in Switzerland. And we do mean top! One of the most popular of our Switzerland tours is the Jungfrau train, which travels to the highest railway station on the continent. Some of our other Zurich day tours include boat tours of Lake Zurich, trips to the alpine town of Engelberg and, most unique of all, a cultural excursion to Lucerne for a Swiss lunch of Fondue and Bratwurst, followed by an afternoon of traditional entertainment.

Gray Line Zurich has been providing tours of the city of Zurich and the Swiss Alps for over 60 years. We have a reputation for courtesy, professionalism and dependability, and know what it means to be the top in our industry.

Experience a comprehensive guided tour of the Zurich Region and explore Zurich, Rapperswil and Vaduz of Liechtenstein, and Maienfeld all in one day! 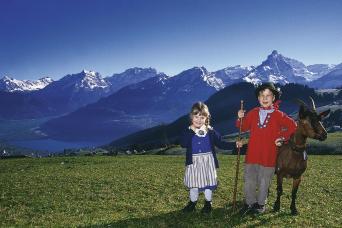 On a day trip from Zurich, see one of Europe's most spectacular waterfalls, the Rhine Falls, as well as Titisee and The Black Forest 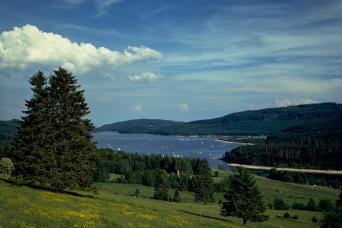 Go to the highest vantage point in Central Switzerland on the gondola ride to the summit of Mt. Titlis. Get a tour of Lucerne afterwards 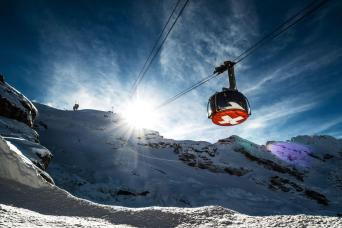 Make your way to the top of Europe on this tour from Zurich that takes you through the Bernese Alps before summiting 3,454 m/11,333 ft to Jungfraujoch 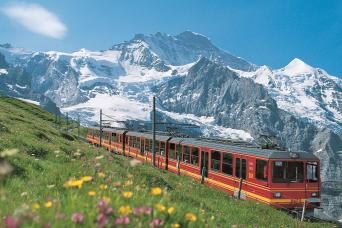 Four full days of exploring the Swiss countryside is included in this unforgettable tour. See the beauty of Geneva, Interlaken, and Zermatt 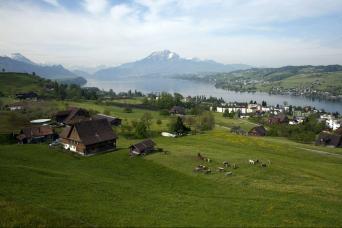 This amazing tour is easily the best way to see Switzerland with stops and accommodations in Interlaken, Geneva, Zermatt, Lugano, and St. Moritz 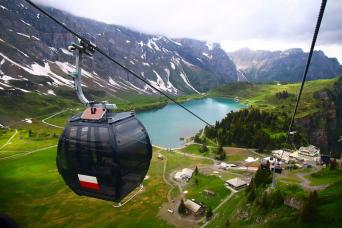 Explore the grand city of Zurich, Switzerland aboard a trolley and then ride a train up to Uetliberg for unobstructed views of the city 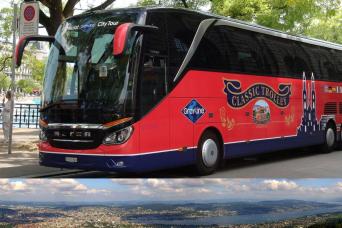 Day Trip To Lucerne From Zurich

Take part in one of the finest Switzerland tours that takes you to the famous Chapel Bridge, Lion Monument, and the Picasso Museum

There is so much to see in beautiful Zurich, including Fraumunster Church, the University district, Limmitquai, and amazing views of the Alps