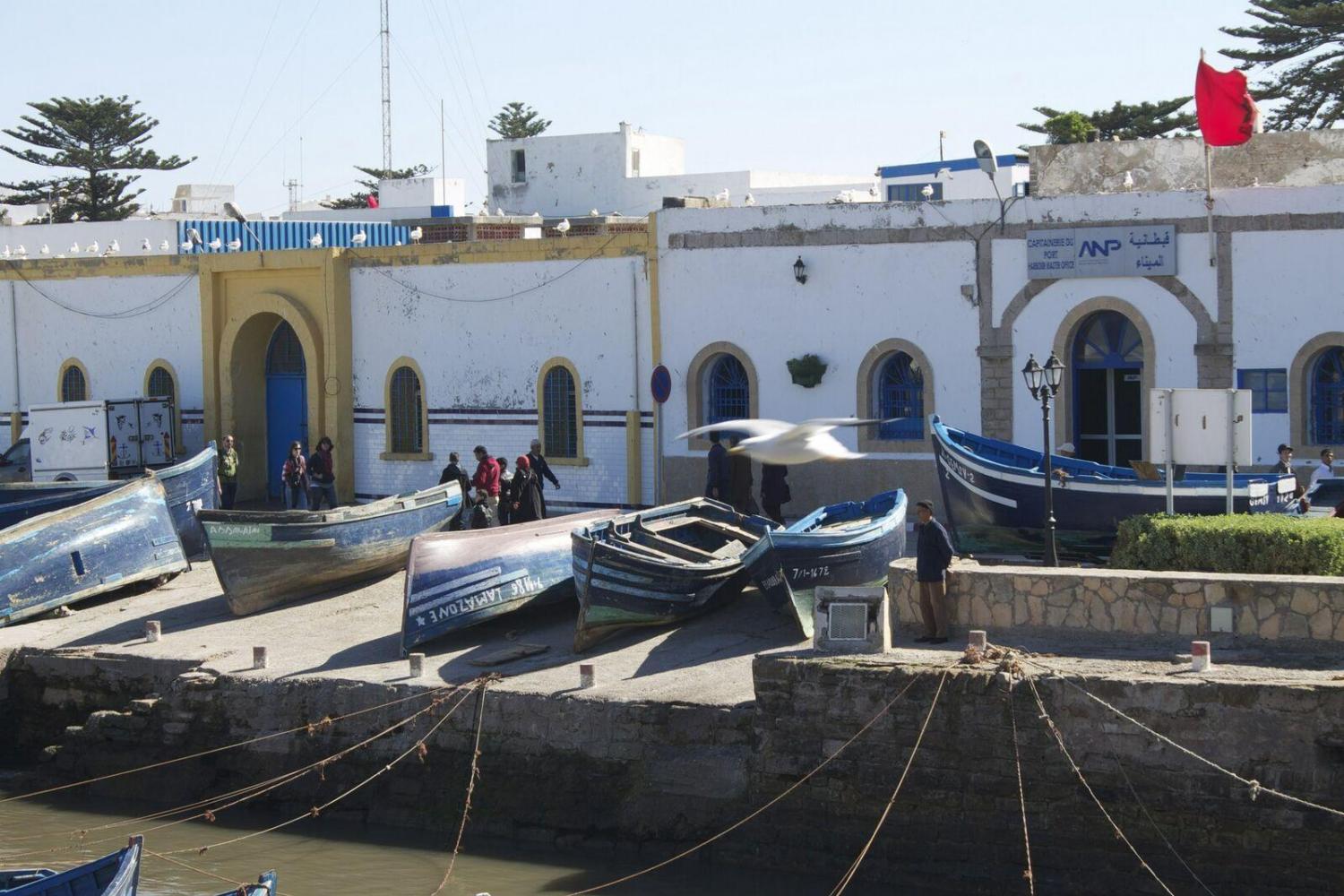 Reminisce in Essaouira of an age when Spain, Portugal and England struggled to control their coasts

Essaouira was discovered by the Phoenicians who settled there. Afterwards it was conquered by Rome and then Portugal. By the end of the 15th century, the Portuguese had built the commercial and military port of Mogador (Essaouira today). This port is built at the foot of the city's ramparts. In 1769, the Navy built a door to connect the loading docks of the port to the city. From this door a small bridge leads to Skala Port and the ramparts that cut the old city into several districts. In the medina, see Moulay El-Hassan Square, the Grand Mosque and Siaghine Alley. From the terrace of the north Bastion you can access the marquetry, where the Morocco's best marqueteurs work on cedar.

As we leave the confines of Skala, we will follow Derb Laalouj street to the Museum Sidi Mohammed Ben Abdallah. Here musical instruments, local Andalusian songs, Berber Imazighen documents, weapons, costumes, carpets, and more is displayed in the former residence of the Pasha. Located in the north of the city is the “Mellah”. This Jewish Quarter is crossed by the traditional Rue Mohammed Zerktouni. It is bordered by a market that extends to Bab Doukkala. During your stay, you will also be able to enjoy beautiful beaches full of sun year-round!
Day 1 : Pick up at hotel in Marrakech transfer to Essaouira . Guide speaking English/French will meet customers upon arrival at Essaouira and he will accompany them during the visit (Day 1)
Day 2 :Breakfast at hotel . Day free , dinner and accommodation at hotel
Day 3 : Breakfast, morning free and transfer back to Marrakech