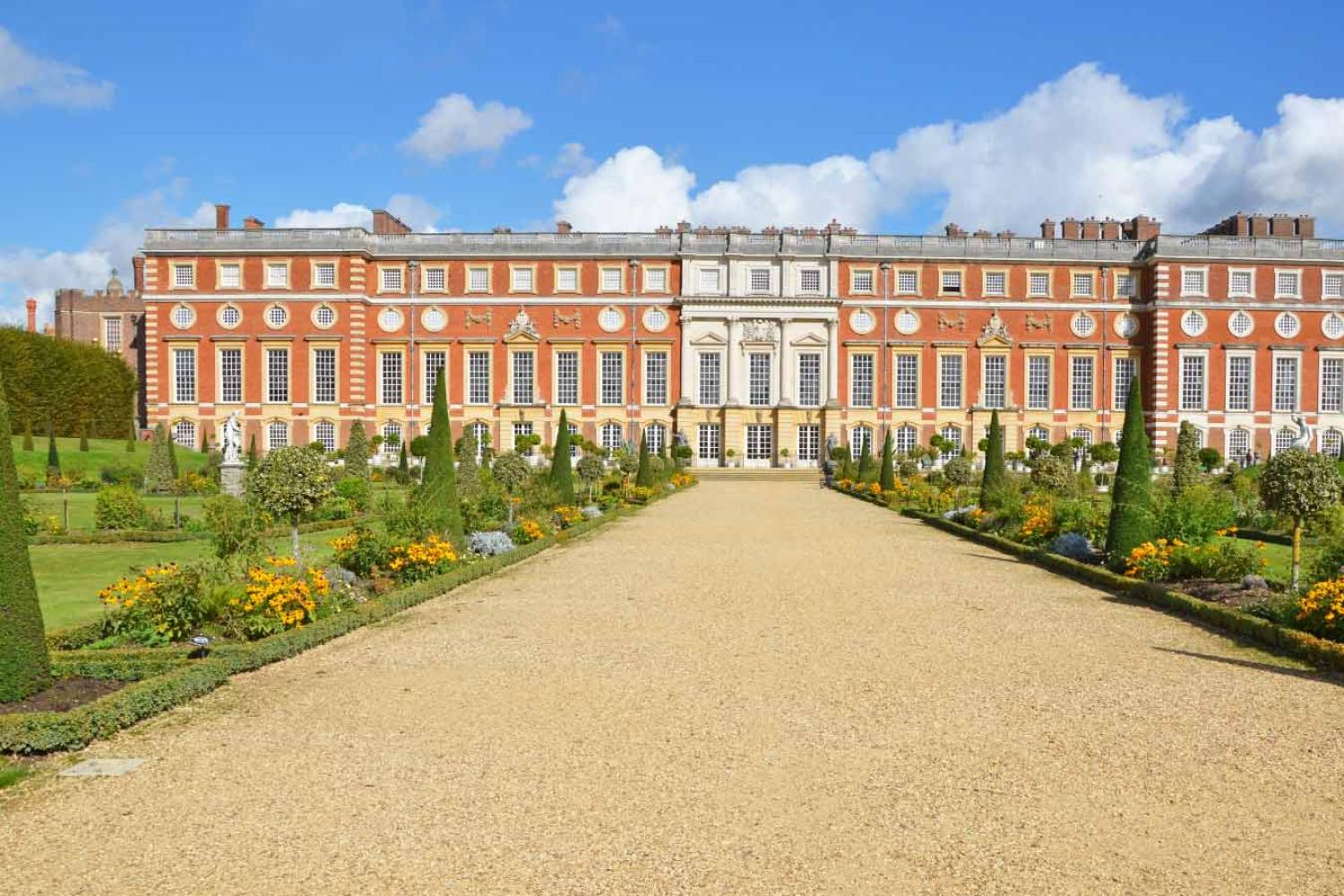 The flamboyant Tudor monarch, Henry VIII is most associated with this majestic Palace. He lavished money on fabulous tapestries and paintings, housed

Hampton Court Palace is a story of two palaces: a Tudor palace magnificently developed by Cardinal Wolsey and later Henry VIII, alongside a Baroque palace built by William III and Mary II.

Tudor Palace and Henry VIII
When he died in 1547 Henry VIII had more than 60 houses, but – in the second half of his reign – none were more important to him, nor more sumptuously decorated, than Hampton Court Palace. Today you can visit as one of Henry’s courtiers, adorn a Tudor cloak to visit Henry’s Apartments, see his stunningly recreated Imperial Crown in the Royal Pew before sneaking below stairs to visit his vast Tudor Kitchens where banquets were prepared for 1,000 people at any one time. Discover Young Henry in the exhibition charting his relationship with his first Queen, Katherine of Aragon.

Baroque Palace and William & Mary
The splendid apartments of William and Mary who ruled jointly at the end of the 17th century are a beautiful and elegant reminder of the decadent Baroque period. They offer tremendous views of the magnificent gardens.

The gardens
Relax in over 60 acres of the beautiful Hampton Court Palace gardens that run down to the River Thames, featuring sparkling fountains, glorious displays of over 200,000 flowering bulbs and 750 acres of tranquil royal parkland.

There is much more to see such as the Georgian Apartments, the Triumphs of Caesar by Andrea Mantegna and our costumed interpreters.