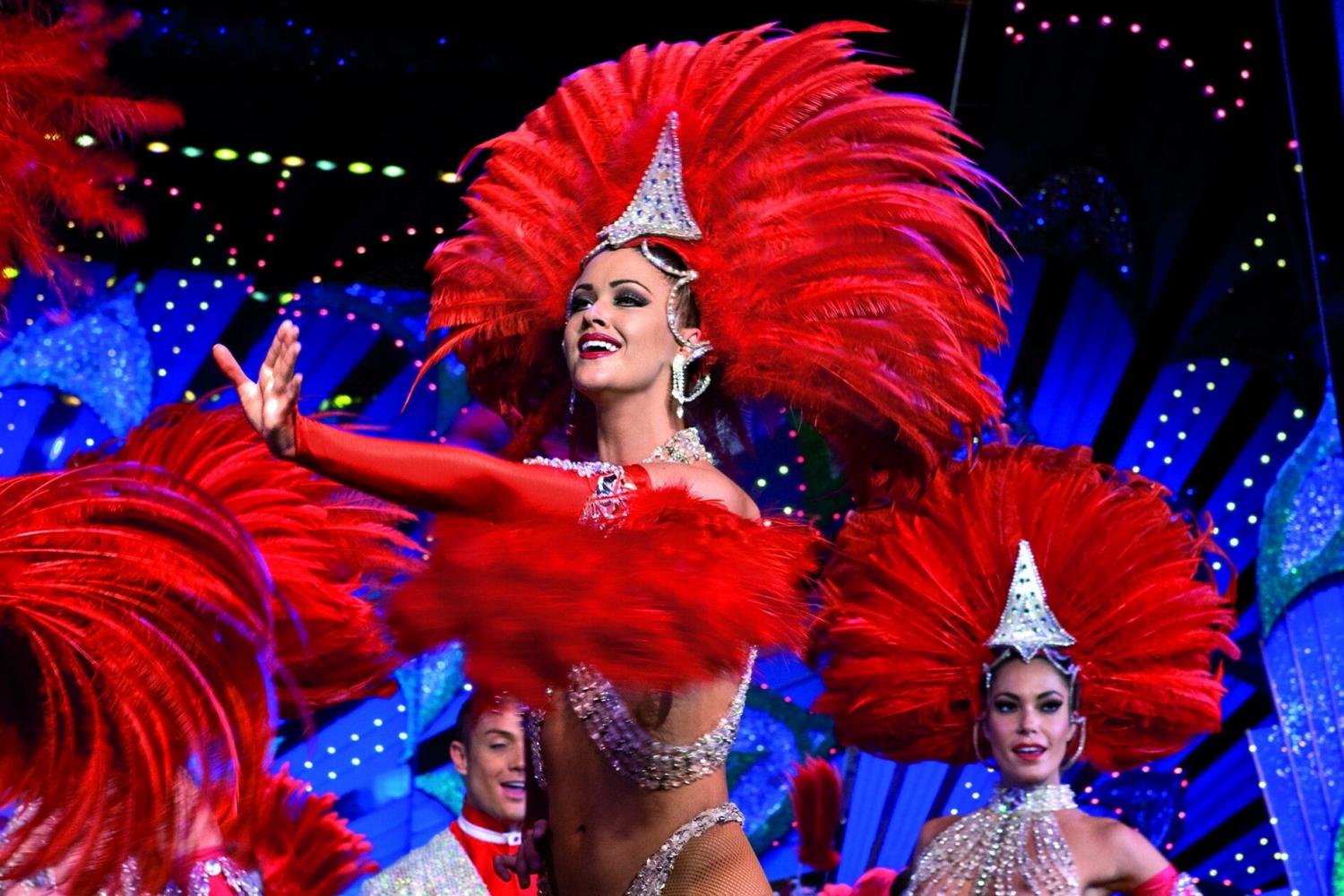 Experience the best Paris has to offer with dinner at the Eiffel Tower, a Seine River Cruise, and an entertaining show at the Moulin Rouge

Ascend to the 1st floor of the Eiffel Tower where you’ll eat at the "58 Tour Eiffel" restaurant, an exclusive Parisian experience featuring 3 delicious courses of traditional French cuisine. The ambiance is set with light music and the main attraction is none other than Paris itself, with large picture windows showcasing the city as it sparkles by night. It’s surely a memorable way to begin a most romantic evening in Paris.

After dinner, drift beneath romantic bridges and alongside brilliantly illuminated monuments on a relaxing cruise down the Seine River. You’ll see monuments from the Eiffel Tower on down as far as the Ile de la Cité. Our glass-topped boats include a terrace on the stern and outdoor walkways, absolutely perfect for admiring Paris’s architectural treasures.

At the end of your cruise, we will take you to Montmartre, home of the famous Moulin Rouge.

The theatre lights turn down, the curtain is raised and the audience finds themselves entering the magical realm of the Moulin Rouge... experience the thrill of the world’s most famous cabaret, now featuring “Feerie," a spellbinding show that brings together a troupe of eighty artists including sixty breathtaking Doriss Girls recruited from around the world. An incredible thousand costumes make their appearance, each magnificently decorated in feathers, rhinestones, sequins and glitter. Italian designed stage settings transport you to a whole new world of vibrant colors, sparkling lights and whimsical patterns.

Witness the very best in international entertainment, brilliantly choreographed on moving staircases, swings, garden settings, and a giant aquarium, all set to an original music score brought to life by eighty musicians and sixty chorus singers. After the show, we will transfer you to a point in close vicinity to your Paris hotel.