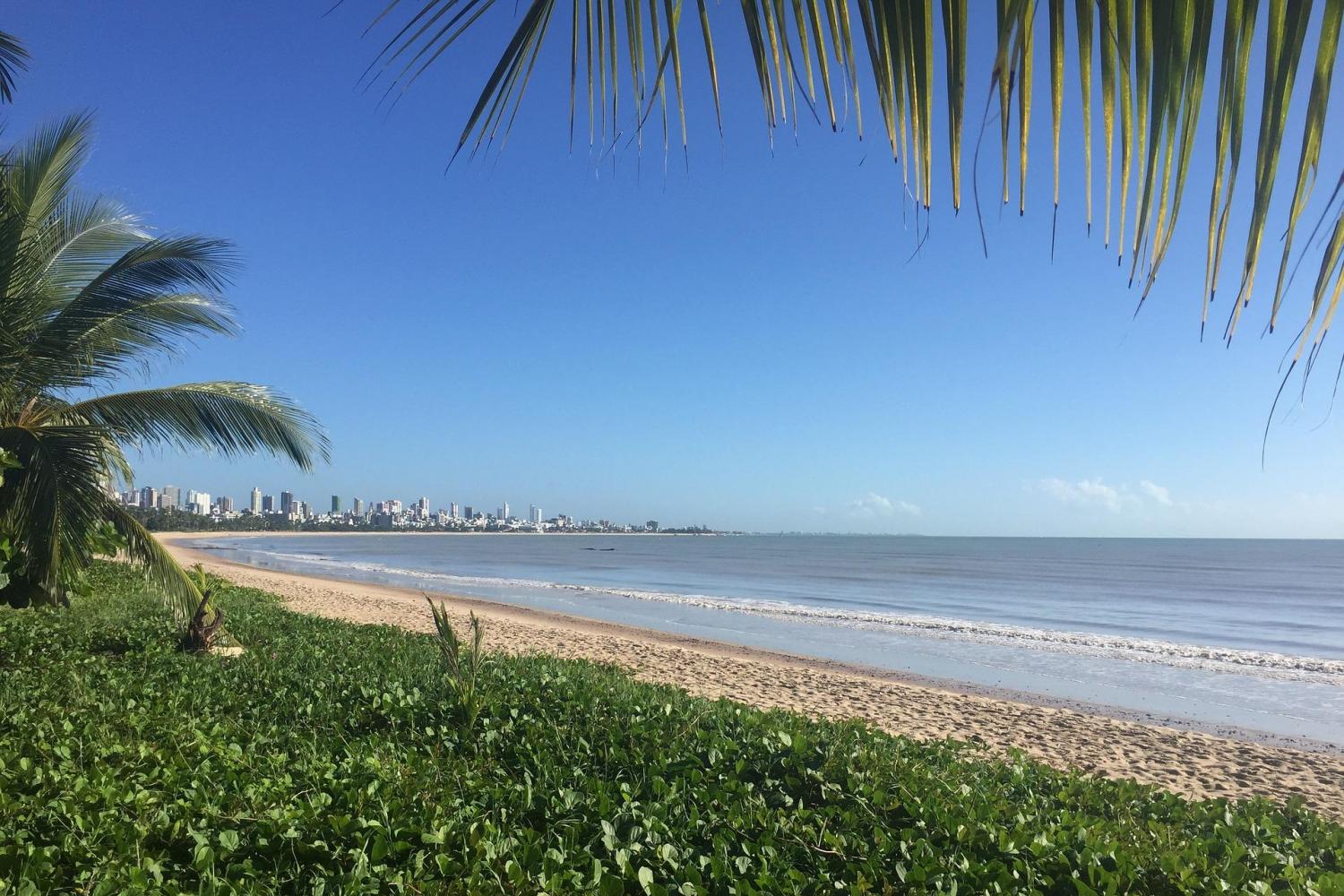 Enjoy a shared panoramic tour of Recife and Olinda

This tour will give you, in one go, the best of the cities of Recife and Olinda.

After pick ups in the hotels, a panoramic tour is made along the Boa Viagem shore, one of the most famous urban beaches in Brazil.

Then stop at Catamaran Space, where you can take a beautiful catamaran ride (passengers who do not take the ride will head to Marco Zero by bus) through our "Brazilian Venice". During the water tour, while the guide tells about curiosities and stories of the city and the main points of the region, visitors will be able to enjoy beautiful landscapes of the city of waters, beginning with the Pina basin, passing the Wall of Porto, river mouth Capibaribe, Port Basin, Sculpture Park of Francisco Brennand, having its end at the zero point of our city, the Marco Zero Square. The duration of the catamaran ride is approximately 30 minutes.

The museum and deposit with giant dolls, who represent personalities from Pernambuco, national and international, also has a small presentation of frevo, a traditional local dance. Each place visited takes 20 minutes. Those who choose not to visit such places will be able to wait in the square of the Navy Arsenal, which is very pleasant and leafy. After the visits, around 11:30 a.m., tourists get back to vehicle and go to lunch in a restaurant with several options of regional flavors.

After an hour's lunch stop (price is not included), we head by bus to Olinda. When you arrive there, on a walking tour that lasts an average of 50 minutes, we will visit the Alto da Sé, with the Sé and Misericórdia Churches, from where you can see the most beautiful view of the cities of Recife and Olinda, which is considered Heritage Natural and Cultural Heritage of Humanity by Unesco. It is also possible to shop at a nearby craft market.

Then we will return to a panoramic tour through Recife, including the three islands (Recife, Santo Antônio and Boa Vista), the Maurício de Nassau Bridge, the Republic Square (where is located the Government Palace, the Santa Isabel Theater and the Palace of Justice) and finally a 40-minute stop at the Casa da Cultura, a beautiful building erected in the mid-19th century to be used as a prison. Today it presents itself as a representative center of the regional culture, with shops of crafts and typical foods.

After the last stop, the passengers return to the bus that will take them to their respective hotels.