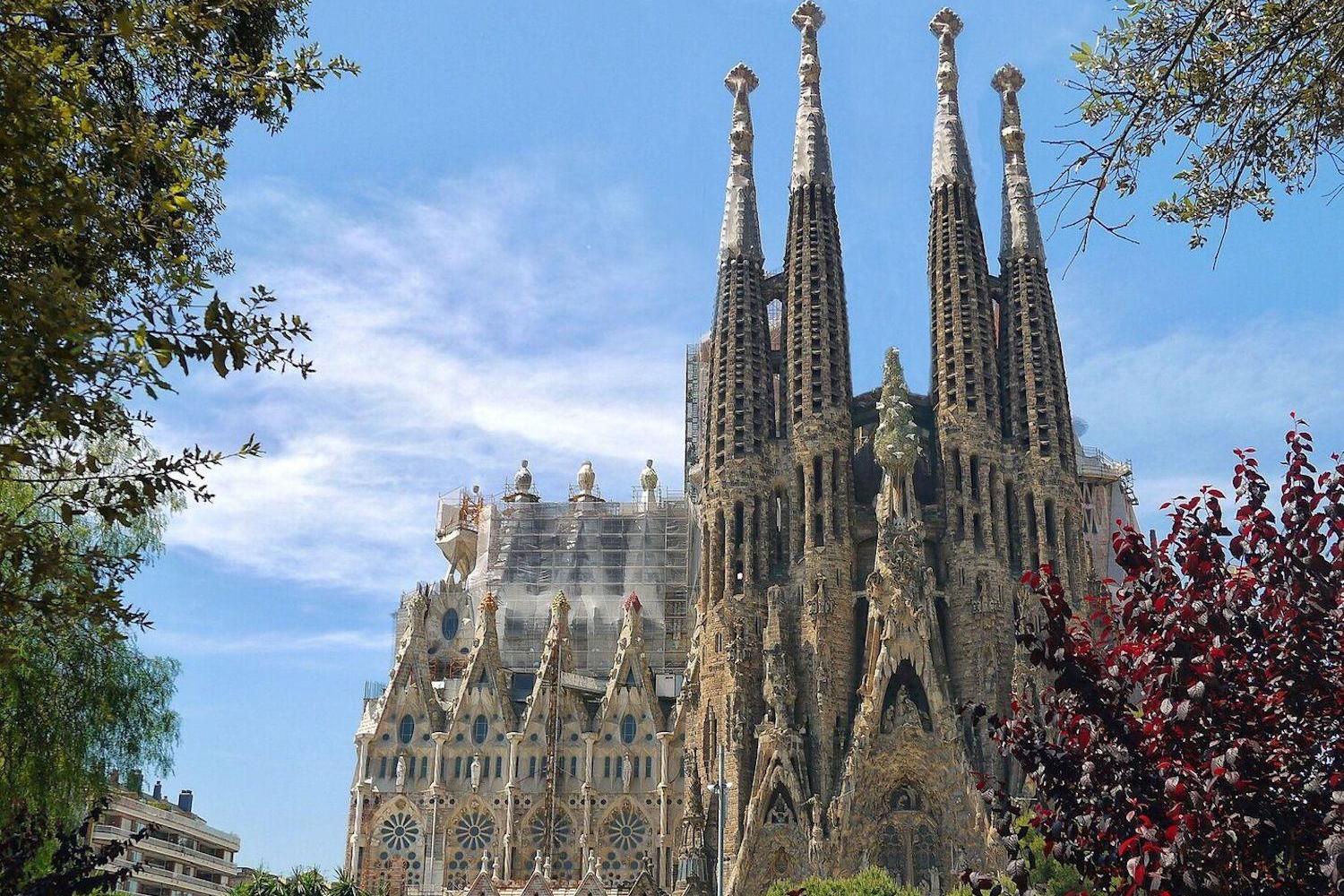 On this guided tour of Barcelona, discover two of Gaudi's jewels: the Sagrada Familia and Park Güell and see the rich architecture and nature's beauty

Park Güell and Sagrada Familia:
Departures: 10 am Meeting point 15 minutes before departure 9.45 am at Souvenirs Shop, located in Olot Street number 12, in front of main entrance of Park Güell. Transportation between Park Güell & Sagrada Familia included. Second part of the tour, Sagrada Familia begins at 1 pm. You shall be 15 minutes before at Julia Central de Viajes office in Plaza Sagrada Familia 3. The tour ends at Sagrada Familia.
Sagrada Familia and Park Güell:
Departure at 4 pm. Meeting point 15 minutes before departure 3.45 pm at Julia Central de Viajes office, located in Plaza de la Sagrada Familia, 3. Transportation between Sagrada Familia & Park Güell included. The tour ends at Park Güell
Park Güell Tour
Don't miss the Park Güell; it will really surprise you! You will not find any park like this one in the world! This architectural marvel, created in the middle of nature by Antoni Gaudí, was commissioned by Count Güell, who wanted him to design an elegant estate with family homes. Today it is a public park and it belongs to the city's heritage. It has been declared UNESCO’s World heritage site and is just another marvel that awaits you on your visit to Barcelona.
When you go to Park Güell, you should enter by the big staircase dominated by the dragon decorated with mosaic of ceramic tiles, the Catalan style known as “trencadís”. This dragon is one of the most characteristic images of Barcelona. Originally written Park Güell (using the English spelling), the park is arranged around a large central square bordered by a snaking, “trencadís”-covered bench. Below the square, the roof is supported by 86 Doric columns, like trees, with paths between them, and viaducts on sloping columns: Gaudí's work, like no other, unites nature and architecture.

Tour Sagrada Familia
We will take you know one of the Antoni Gaudi’s treasures. The famous architect Antoni Gaudí, one of the greatest innovators of his time worked and lived Barcelona has left behind numerous treasures for the discerning tourist to discover in Barcelona.
The Sagrada Familia is one of the most visited buildings in the world. We will visit the astonishing interior of this church, where vaults reach seventy meters. Antoni Gaudí designed a Latin cross plan with five aisles, extremely rich in ornamentation and symbolism. We will also visit the Sagrada Familia museum, where you will see drawings, plaster models and pictures about the history and development of this basilica from its early beginnings to the present day. The museum will also give valuable information about Antoni Gaudi´s life and career.