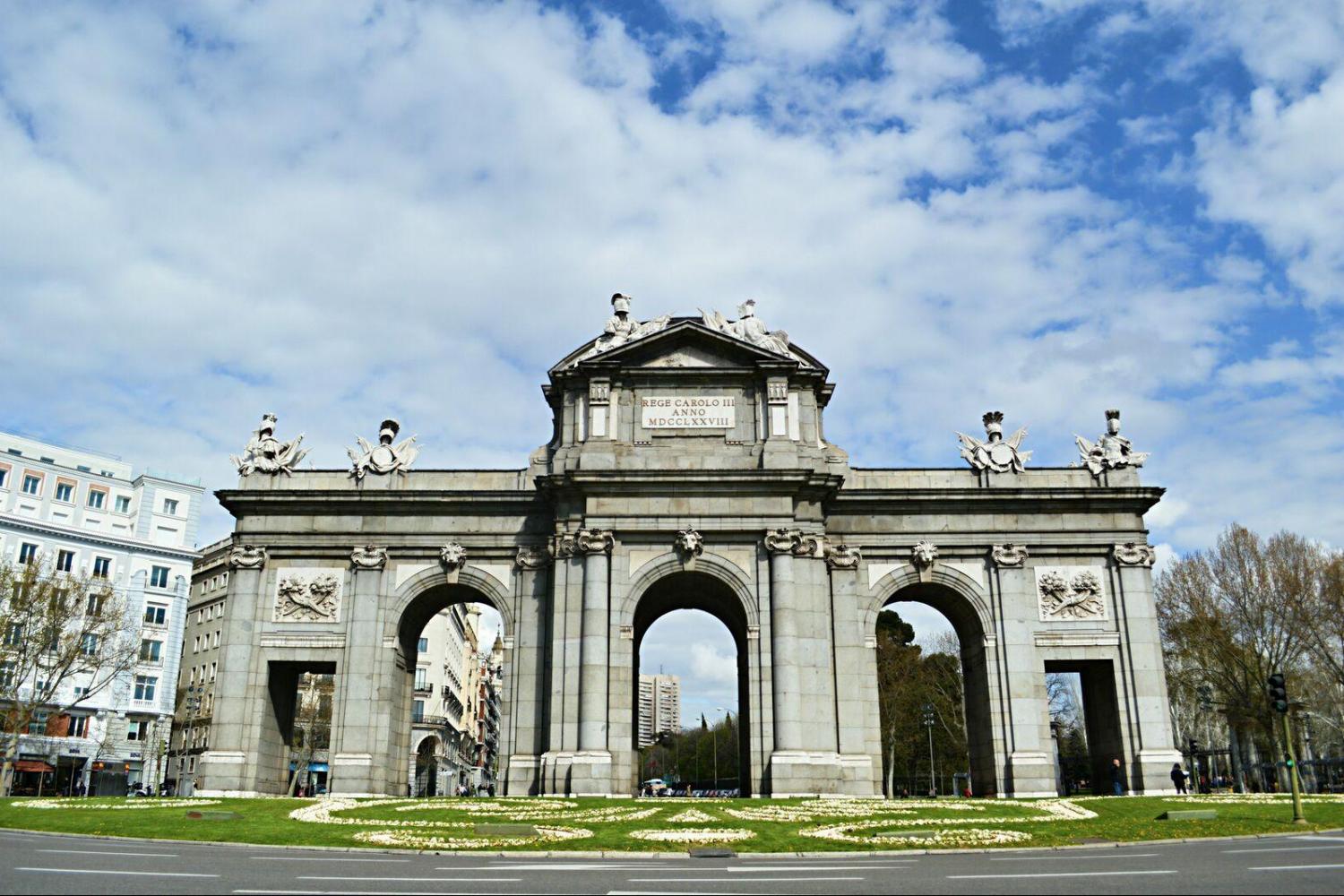 Explore the Prado Museum with skip-the-line access and admire the most renowned paintings and works. Plus, enjoy a sightseeing tour all around Madrid

Madrid shows the multiple contrasts inherited through the History. You will be able to find the medieval origins of the city, like the Arabic fortress, at the Barrio de la Morería, characterized by the antiquity of its buildings and the taste of its typical restaurants.

We will also cover the Hapsburg Madrid of Felipe II, with its Renaissance and Baroque buildings walking and making pictures on Calle Mayor, Plaza Mayor, Plaza de la Villa. Then, we will also see the Bourbon Madrid and the urban layout made by Carlos III, the Royal Palace, the Cibeles Fountain, Neptune Fountain and the Puerta de Alcalá. We will also visit the works from the kingdom of Joseph Bonaparte on the 19th century, such as Prado Museum. We will get to know the contemporary Madrid on areas such as Gran Vía, Paseo de la Castellana, Barrio Salamanca, Plaza de Castilla and Parque del Oeste, as well as the commercial and financial areas of Modern Madrid, like the emblematic Ventas Bullring or Santiago Bernabéu Stadium. We will also stop at the famous Hard Rock Café, where you will enjoy a free drink.

The tour will continue with El Prado Museum visit. The building that today houses the Museo Nacional del Prado was designed by architect Juan de Villanueva in 1785. It was constructed to house the Natural History Cabinet, by orders of King Charles III. However, the building's final purpose - as the new Royal Museum of Paintings and Sculptures - was the decision of the monarch's grandson, King Ferdinand VII, encouraged by his wife Queen Maria Isabel de Braganza.

The Museo Nacional del Prado, opened to the public for the first time in November 1819. The Museum's first catalogue, published in 1819, included 311 paintings, although at that time its collection comprised just over 1,510 pictures from the various Reales Sitios (Royal Residences). The exceptionally important royal collection, which represents the foundation of the Museum's collection as we know it today, started to increase significantly in the 16th century during the time of Charles V and continued to thrive under the succeeding Habsburg and Bourbon Monarchs. It is down to them than nowadays we can contemplate in the Museum as greatest masterpieces as The Garden of Earthly Delights by Bosch, The Nobleman with his hand on his Chest by El Greco, Las Meninas by Velázquez and The Family of Carlos IV by Goya.

The visit will take place in chronological order, starting with the exhibit hall where the masterpieces of J. Bosch (El Bosco) (1450-1516): The Table of the 7 Deadly Sins, The Hay Wain, The temptations of San Antonio, The Stone of Madness and The Garden of Delights, to continue with the rooms devoted to the Greco (1540-1614): The gentleman's hand on his chest, The Trinity, Christ embraced the cross and The Annunciation. Velázquez (1599-1660): The Worship, Drunkards, Equestrian Portraits, the Forge of Vulcan, The Christ, The spinners, Spears and Las Meninas, ending with Goya (1746-1828): The family of Carlos IV Pictures, The Shootings of May 2, Pestles and Black Paintings.