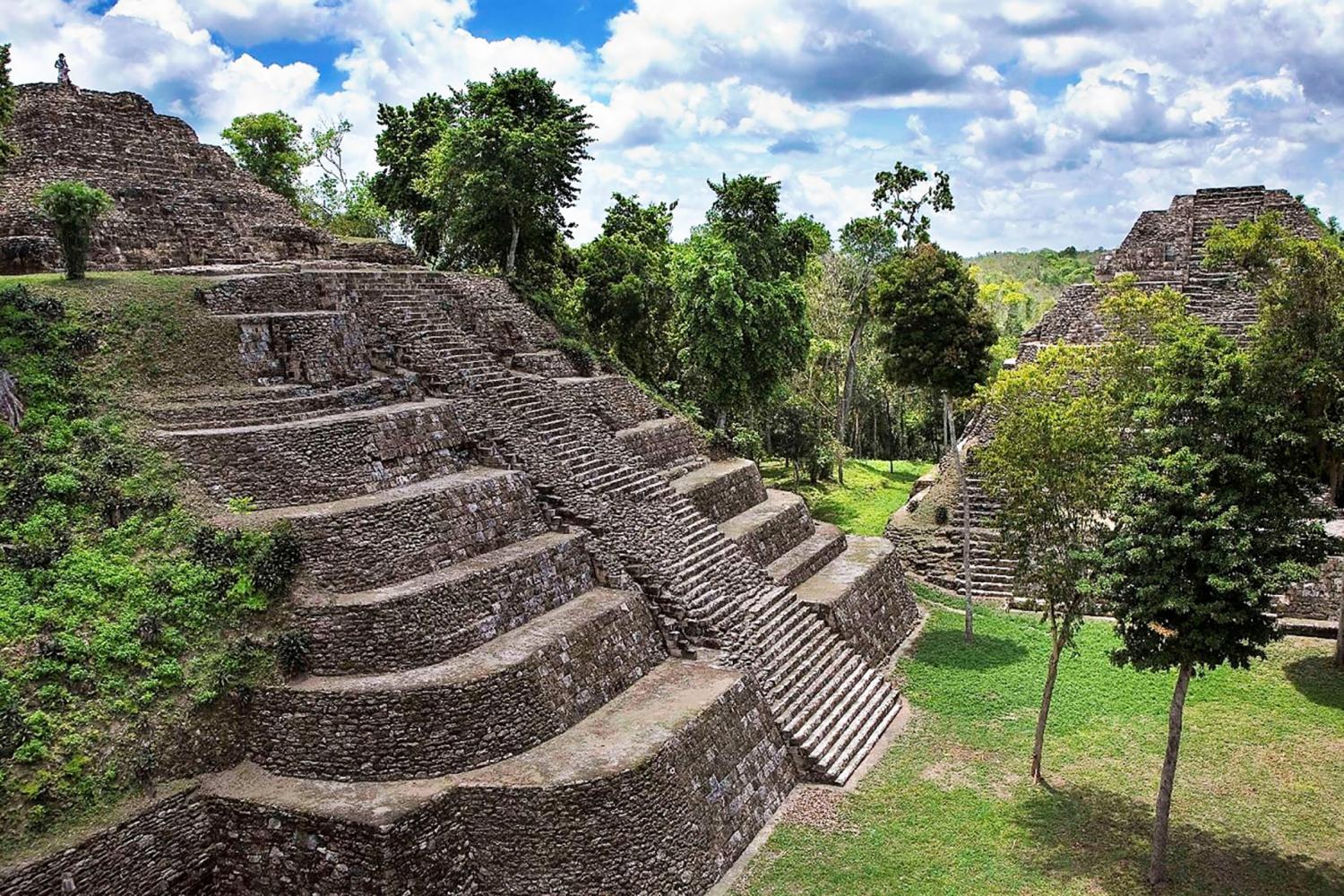 adventure inside on the jungle surrounded by local vegetation and fauna of the area, we can admire the majesty of the pyramidal complexes

• If you are lodging at a hotel on the Island of Flores, please be requested to move to our meeting point (Hotel Ramada, Calle playa sur, Isla de Flores Peten) to be picked up for your excursion. Our tour guide or driver pick up you around 08:00 hours please be sure to be at that time at the indicated place • Please wear walking/hiking boots as we will be walking 3-4 hours, often in wet weather. Sorry, no wheelchair access. • Please bring hat, sunglasses, sunblock, camera, bug repellent, thin pants, rain gear, long sleeve t-shirts. personal medication, & passport (passport is required). • Tours include bilingual guide (English and Spanish). • Please contact us if you need a guide in any other language. French, German and Italian in private services, subject to additional costs and guide availability. • For groups of 10 persons or more, please contact Gray Line Guatemala. [email protected]

Yaxha was the third largest city in the region and experienced its maximum power during the Early Classic period, Yaxha had a long history of occupation with the first settlement being founded sometime in the Middle Preclassic period.

You will be pick up in the meeting point in Flores and you will be transferred to Yaxha Archaeological Park. It is a Mesoamerican archeological site located in the northeast of the Petén Basin region within the Department of Petén. It is approximately 30 km southeast of Tikal, between the Yaxha and Sacnab Lake.

Located in the modern-day department of Petén, northern Guatemala, it is approximately 30 kilometers southeast of Tikal, Yaxha is situated on the north shore of Lake Yaxha.
Yaxha is the third largest ruin in Guatemala, with only Tikal and El Mirador being larger. The centre of the city consisted of a number of plazas and architectural groups, with outlying groups and the lake shore linked by causeways. The main architectural groups are the Maler Group to the north, linked to the central area by the Blom Causeway, the South (or Main) Acropolis, the West Group, the Northeast Acropolis, the East Acropolis and a number of plazas and lesser groups make up the site core. The city was linked to the shore of Lake Yaxha by the Lake Causeway.
Yaxha is notable for the unique survival of its toponym from the classical period. The name of the city is of ancient origin, literally meaning blue-green (Yax) water (ha). A thriving ceremonial center in it´s heyday, it has over 500 structures, including 40 stelae, 13 Altars, 9 Temple Pyramids, and 2 Mesoamerican ball courts.

At the end of the tour, you will have time to have a traditional Guatemalan lunch.
In the afternoon, you will be transferred back to Flores