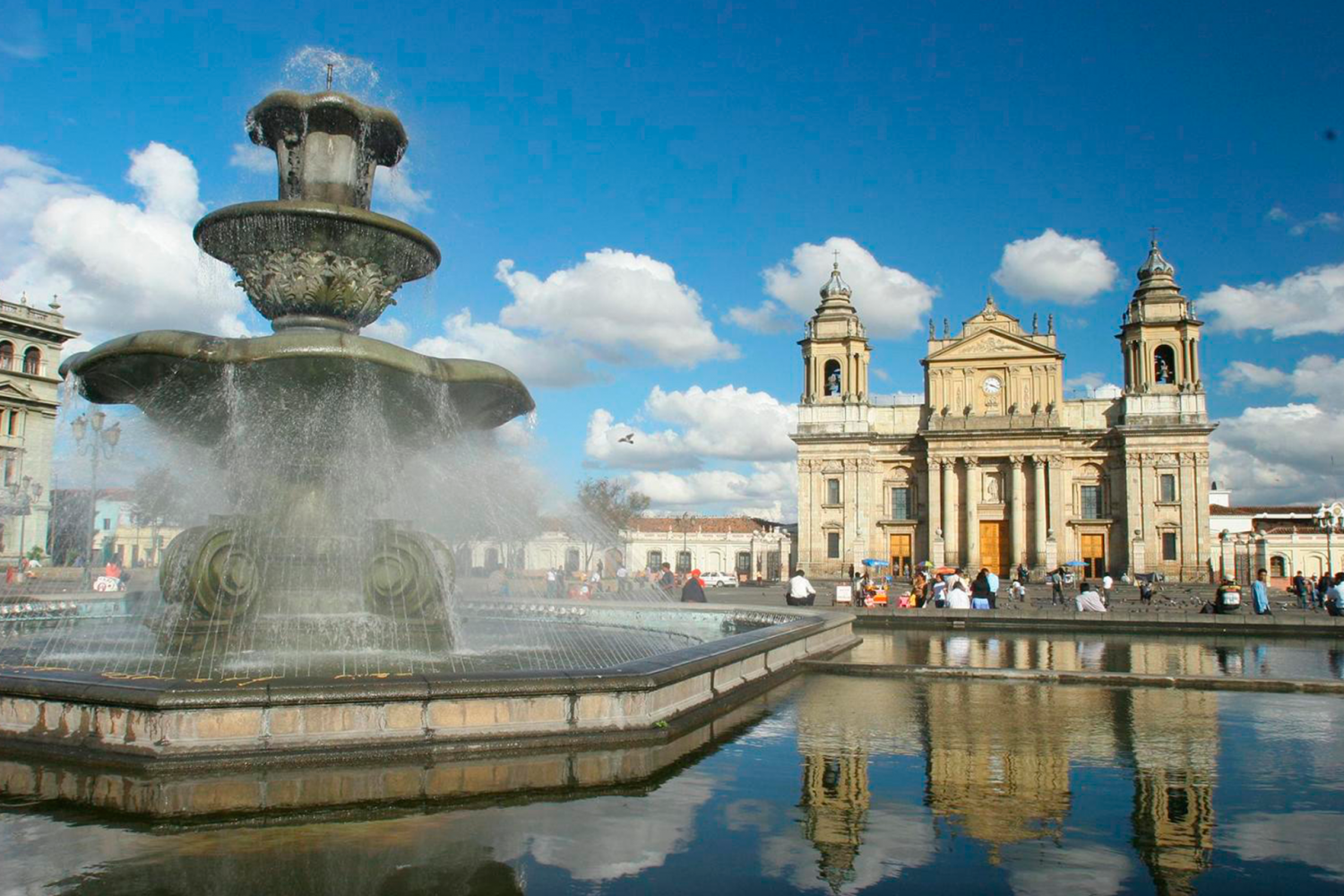 Visit one of the most modern cities in Central America

"La Nueva Guatemala de la Asunción" is the official name of the city, it´s also the cultural, religious and business center of the country. The metropolis is about 5 million people, has a panoramic contrast between the colonial architecture combined with modern buildings, important museums and historical monuments offers the visitors a unique experience.

Your tour begins with the pick-up at the Guatemala City airport.

First, we will visit Las Americas avenue, which is named after the reform drawn in the late nineteenth century, due to the formation of the Organization of American States on April 30th, 1948. The area comprising the Avenue of the Americas was demarcated in several farms in the early decade of the 50’s with the intention of dedicating land to the American continent.

We will then continue to the Civic Center of the City, a set of buildings constructed between the 50’s and 60’s and includes: the Supreme Court of Justice, the Ministry of Public Finance, City Hall, the Social Security, the Bank of Guatemala, the National Mortgage Bank, and the Guatemalan Tourism Commission. The Bank of Guatemala is decorated with high relief murals by Dagoberto Vasquez describing the history of the country, and also includes a mosaic by Carlos Mérida.

Next we continue to the Major Plaza of the Constitution. This Plaza is the heart of the Historic Center of the city. It is surrounded by important monuments such as the National Palace (now the Cultural National Palace and museum), the Metropolitan Cathedral, the Portal of Commerce and Centenarian Park. A few steps away are the National Library and the General Archive of Central America. The tour includes a visit to the Central Market, which is located behind the Metropolitan Cathedral, in the basement of the Tabernacle Plaza. There, visitors can buy a variety of art and handicrafts from all over the country; ceramics, textiles, leather, wood, and silver.

At the end of the tour transfer back to Guatemala City airport.