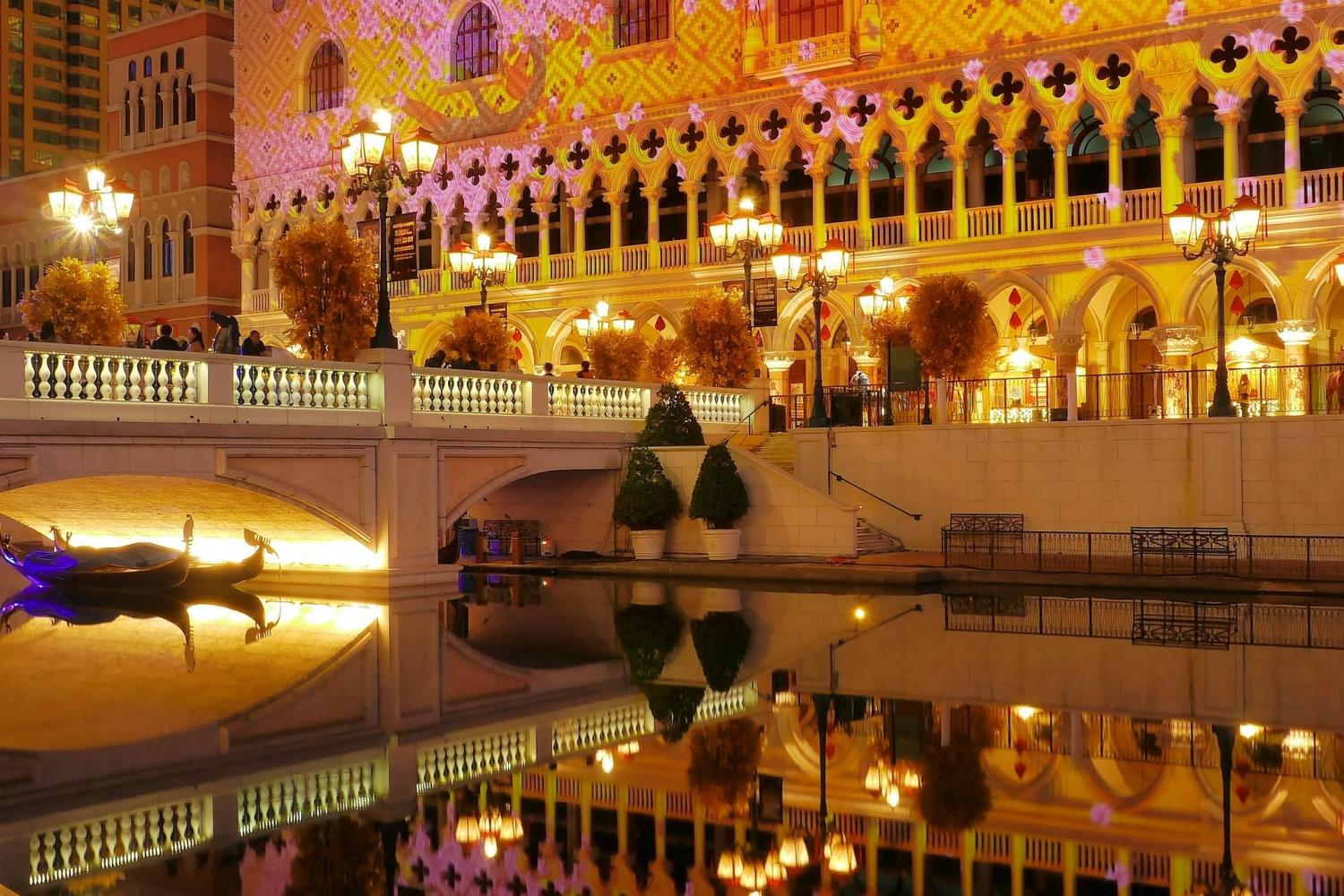 MUSEUM OF MACAU:
The Museum of Macau exhibits Macau's history, people, and culture, emphasizing on the multi-cultural aspect of the peninsula. (N.B. Museum of Macau is closed on Monday.)

ST. DOMINIC'S CHURCH Founded in 1587 by three Spanish Dominican priests who originally came from Acapulco in Mexico, this church is also connected to the Brotherhood of Our Lady of the Rosary. It is famous for its magnificent altar, decorated wooden ceiling, and treasury of statues and other sacred art.

SENADO SQUARE
Senado Square has been Macao's urban center for centuries and is still the most popular venue for public events and celebrations today. The square is surrounded by pastel-colored neo-classical buildings, creating a consistent and harmonious Mediterranean atmosphere.

LEAL SENADO BUILDING
Originally built in 1784, this was Macao's first municipal chamber, a function it maintains to the present. The "Leal Senado" Building is neo-classical in design and has retained all its original master walls and primary layout, including the courtyard garden in the back.

GENERAL POST OFFICE BUILDING
Adjacent to Senado Square, the historic building once housed the local charitable society Tung Sin Tong. The architecture was designed by José Chan, the first Chinese chief architect appointed by the Macao Land and Sea Public Works Department. Built in 1929, it’s a classical architecture of great artistic value. You can buy your favorite stamps and postcards and mail to your beloved ones, making your visit more meaningful.

MACAU TOWER:
Soar to a breathtaking 223 meters above the ground! Macau Tower offers you a different view of the entire city. Gaze out over to Cotai Strip and look for Macau's landmarks and historical sites all in one spot. The Tower offers the best view of Macau and has been awarded "Best Theme Attraction in Asia Pacific" for 2005 & 2006 by TTG Asia – Macau Tower. (For those with fear of heights, there are also souvenirs shops, Mocha clubs (machine based casino gaming) and coffee shops located on the ground floor.)

COTAI STRIP:
Inspired by the Las Vegas Strips, COTAI strip is the fastest growing entertainment district in the recent years funded by Las Vegas Sands. By the end of 2010, the strip will host up to 30 resorts making it the newest vacation paradise.

After visiting Ruin of St. Paul and Macau Museum, another highlight of the tour is a guided walking tour along old Macau – where many World Heritage Sites are located.

After a morning of visiting different Heritage sites, lunch has been arranged for our guests at 360 café – Macau’s only 360 degrees revolving restaurant located on the 60th floor of Macau tower. After lunch, you will visit the observation deck of Macau Tower, located 223 meters above the ground overlooking Macau.

After visiting Macau with our Macau World Heritage Excursion Tour, we offer the option for our guests to stay behind at the Venetian hotel (with over 300 shops and a masterfully reconstructed Grand Canal) and choose your own return sailing. This is the perfect tour to see bother the Old and New Macau.

Our tour will end upon arriving at the Venetian Hotel. You will be provided with ferry ticket departing Macau at 22:00. Please take the free shuttle bus from Venetian Hotel to Macau Outer Harbour Ferry terminal no later than 21:15.

There were a lot of interesting things to do on this tour. I would recommend the Cotai Strip extension for anyone who has been to Las Vegas. The meal @ Rio hotel was very good. Our tour guide Fong was very helpful & informative.
a Gray Line customer

All in all a good and well organised trip. Return ferry trip from Macau to Hong Kong was booked for 2245 hrs - against 2200 hrs indicated online. Would strongly advise that Grayline rep at Macau provides clear instructions on how to return + book seats on return ferry to Hong Kong.
Aleksandr