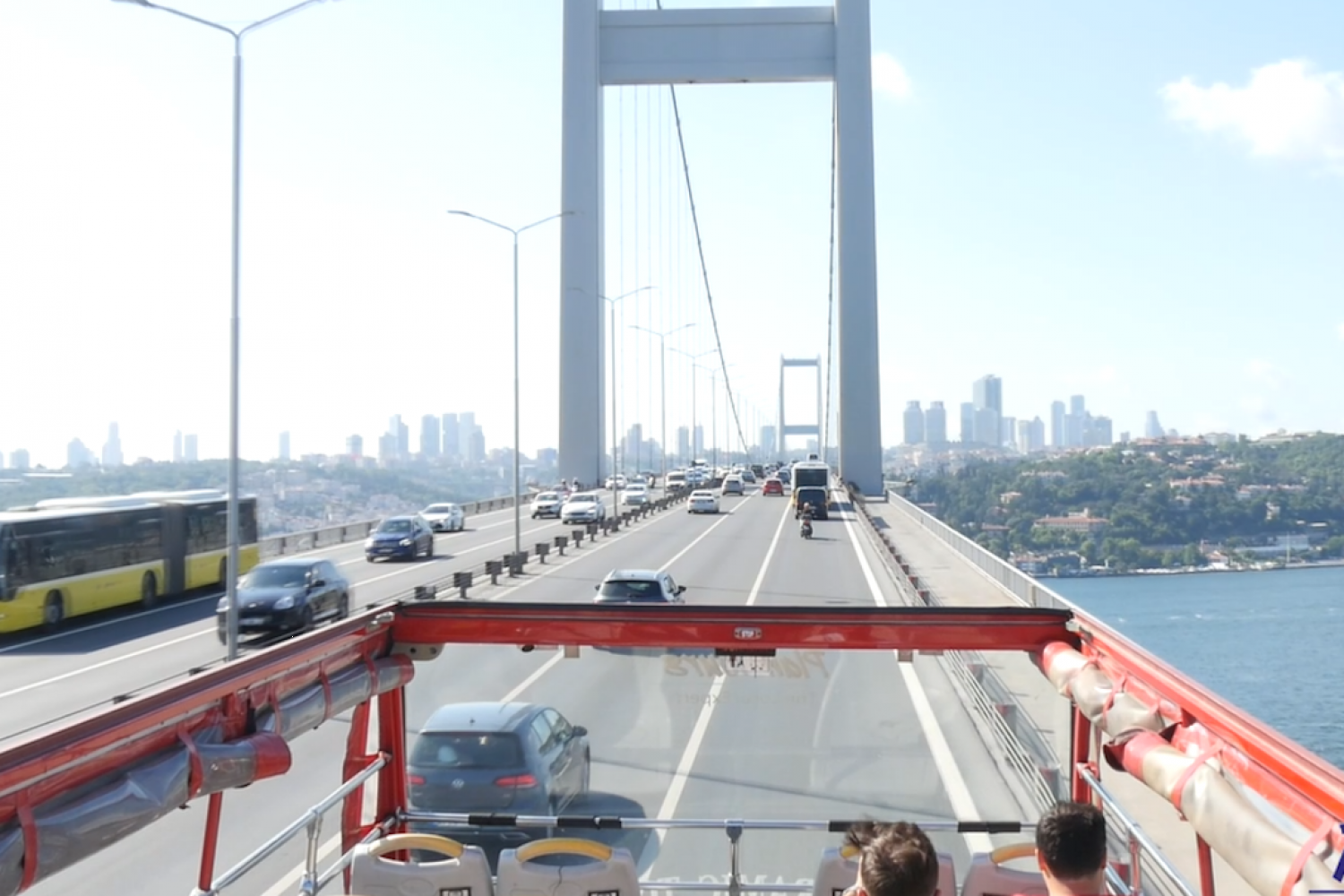 İstanbul on two continents, Europe to Asia over Bosphorus Bridge

New Tour
From US$36
Book Now

On our 2 hour long tour, you will be shown the highlights of Istanbul with the best possibilitşies to take photograps

Under the romantic backdrop of minarets and mosques, like a step out of time stands the ancient city of İstanbul.

The only city in the wold built on two continents, Europe and Asia, standing on the shores of Bosphorus and guarding the precious relics of the three world-dominating empires; Roman, Byzantine and Ottoman, which she has been the capital, a unique link between the East and West, past and the present.

Art treasures and architectural works will evoke your feelings of nosttalgia.

Modern day of İstanbul boasts the best of both continents. With a colourful history and vibrant past, vividly alive, İstanbul today offers the visitor a unique insight into variety of cultures.

Golden Horn which does not only splitcity into two from East to West, but also merges two opposite worlds.

The jews, Italian traders and other non-muslim minorities were amongst the first colonies during the Byzantine who settled around the Golden Horn.

Over the historical Galata Bridge drive to the New City viewing Dolmabahce Mosque and Dolmabahce Palace up to Taksim Square.

After the tour you may visit İstiklal Street which is very close-by , and Beyoğlu, one of the oldest districts of İstanbul with famous Flower Passage, cafes, restaurants and wine-houses.
Everyday departures at 09:00 / 12:00 / 15:00
Starting Point : Taksim Square
Tour Duration : 2 hours