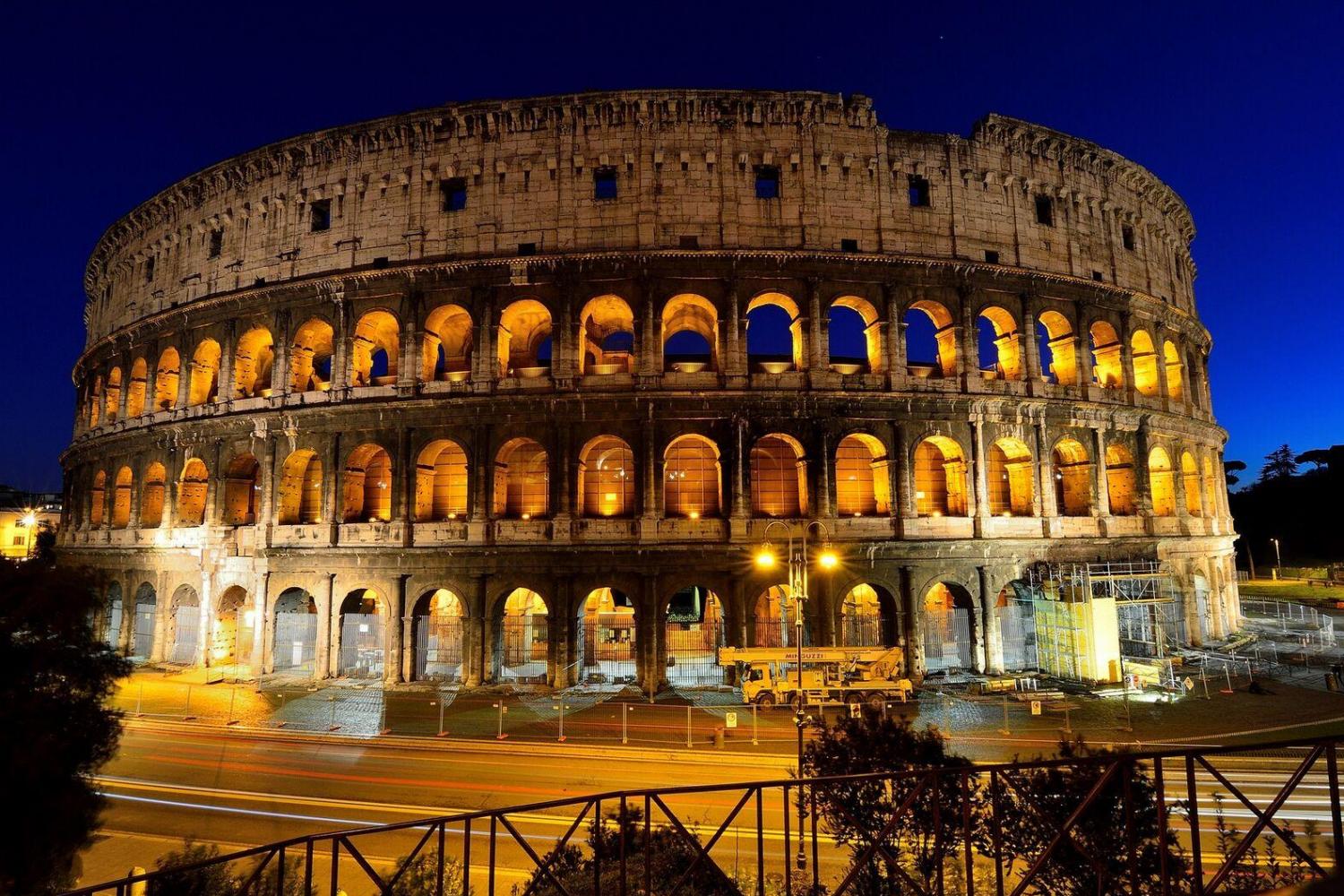 This night tour of Rome includes a delicious 3 course meal near the Trevi Fountain, a walking tour and bus tour to see the city illuminated at night

Departure Locations & Details
Check in: 15 minutes before departure time
Time: Dependent upon season
Location: If included hotel pick-up is not selected or your hotel is not located in central Rome, this tour departs from the corner of Via del Traforo and Largo del Tritone, across from a wedding-dress shop

Tour Overview
After being picked up from your hotel in Rome, we will drive you through the city to a restaurant located just steps away from the famous Trevi Fountain for a delicious and traditional 3-course Italian dinner.

Following dinner, we will take a guided walking tour starting at the Trevi fountain, made famous in Fellini's Dolce Vita. Be sure to throw a coin into the fountain because according to legend, this means you will return to Rome again in the future. Each night, the coins from the fountain are collected and given to local charities, the Italian Red Cross, and more organizations like them!

We will continue towards the Piazza della Rotonda to learn about the majestic Roman Pantheon. This former Roman temple was completed by the emperor Hadrian around 126 AD and is the most preserved and influential building of Ancient Rome. It was dedicated to all the gods of pagan Rome, and appeared in iconic film Ocean's Twelve featuring Brad Pitt and Cathrine Zeta-Jones. Continuing through the city, we will stop by Piazza Navona, a square that was cherished by the Romans, to admire the Fountain of the Four Rivers. Designed by Bernini, this fountain was featured in the movie Angels and Demos.

After this, our tour will continue by bus to discover the magical charm and the famous monuments of Rome illuminated at night. Your experienced and local guide will tell you about Castel Sant'Angelo, originally built as a mausoleum for the emperor Hadrian before becoming a safe haven for Popes. It has a passageway that connects it directly to the Vatican, adding to the many mysterious passageways and catacombs that Rome has become famous for. For opera aficionados, this is where the renowned Puccini's Tosca comes to its tragic. You will also see St. Peter's Basilica beautifully illuminated.

As we continue to the drive to Via della Conciliazione, driving by the Lungotevere along the River Tiber we will see Tiberina Island and the Mouth of Truth. The Mouth of Truth was made famous in the iconic movie Roman Holiday with Audrey Hepburn and Gregory Peck in 1953. We will also see the Circus Maximus and head towards the Palatine Hill before finishing at Rome's most famous landmark: The Colosseum.